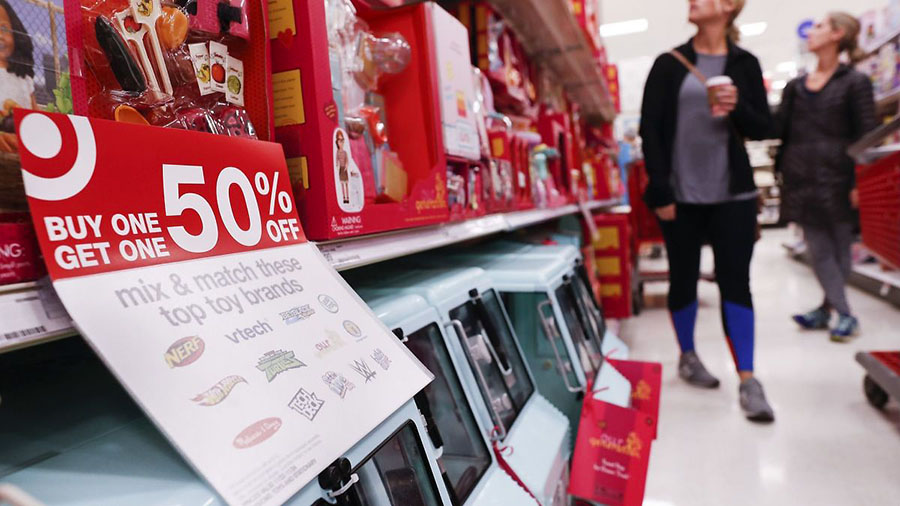 The Top National stories and the Latest headlines across the Active Lifestyle Market for the week of October 11, 2020, covered in the SGB Updates and delivered to your inbox every business day.

›VF Corp. Posts Better-Than-Expected Earnings
VF Corp. reported earnings and sales declined in the second quarter ended September 26 as a result of the impact of COVID-19. However, both came in ahead of Wall Street’s consensus estimates and VF officials indicated its year-to-date performance exceeded internal expectations across all brands, driven by digital and China. Read more

›Centric Brands Emerges From Bankruptcy
Centric Brands has completed its financial restructuring and emerged from bankruptcy protection after filing in May. Read more

›Five Below To Open Esports Facilities In Three Locations
Five Below in a partnership with Nerd Street Gamers to open esports facilities connected to two Five Below stores in Georgetown, TX and Philadelphia, PA, with an additional location in St. Louis, MO opening later this month. Read more

›TeamSnap Commits $1 Million For Kids To Have Improved Access To Sports
TeamSnap is committing $1 million over the next three years to improve access to sports for kids in underserved neighborhoods in the U.S. The announced was made by its CEO and Founder Dave DuPont at The Aspen Institute Project Play Summit 2020. Read more

›Western Mountain Destinations Post First Revenue Gains Since February, According To Destimetrics
Despite a tough summer for businesses due to COVID-19, bookings and rates in Western Mountain Resorts in the past few weeks have shown an uptick with revenue gains for October into November. The first revenue gains since last February according to Destimetrics. Read more

›Recall: Peloton Pedals
Peloton issued a recall of its PR70P pedals, which were placed on bikes sold between July 2013 and May 2016, affecting about 27,000 bikes. Read more

›Delta Apparel’s Q4 Revenues Climb 8 Percent
Delta Apparel Inc. anticipates overall net sales for its fiscal fourth-quarter ending October 3 to be approximately $116 million, up about 8 percent compared to $108 million in the prior-year period, with growth in each of its business units. Read more

›Quiksilver Owner Sued Over Rescue Deal
Investors filed a lawsuit against Boardriders Inc., the parent of Quiksilver and Billabong, over a $431 million rescue financing package they said elevated the interests of a select group of lenders and private-equity backer Oaktree Capital Management LP. Read more

›MEC Plans Fewer Layoffs, One Store ClosingMountain Equipment Co-op (MEC), which recently won court approval for a sale to Kingswood Capital Management, a California-based private-equity firm, will lay off fewer employees than previously planned and close only one store following the takeover, according to a report from CTV News. Read more

›Lodging In Southeast Destinations Post Big Rate And Revenue Gains
Momentum continues to grow for resort destinations in Florida, Georgia, and South Carolina as they launched the six-month winter season in September with strong results in both occupancy and rate. The results for a dramatic September booking pace were released by DestiMetrics. Read more

›Winmark Announces Special Dividend
Winmark Corporation, the parent of Play It Again Sports, announced that its Board of Directors has approved the payment of a special dividend to shareholders of $3.00 per share. Read more

›Academy Sports To Sponsor SIAC and SWAC
Academy Sports + Outdoors has signed on as the Official Sporting Goods and Outdoor Retailer of the Southern Intercollegiate Athletic Conference (the SIAC). Read more

›eBay To Authenticate Sneakers $100+ In U.S.
eBay announced the expansion of its Authenticity Guarantee service for sneaker sales on its platform. Through this program, all new and pre-owned collectible sneakers sold on eBay for over $100 in the U.S. will be fully vetted and verified by an independent team of industry experts. Read more

›Survey: YouTube Overtakes Facebook As Most Popular For Sports Video Highlights
YouTube is the most popular social app for 75 million U.S. sports fans viewing sports highlights, according to Ring Digital’s Fall 2020 #FutureOfTV Survey. The survey shows 53 percent of respondents used YouTube on a regular basis versus 45 percent who used Facebook, a dramatic shift from a 2017 survey. Read more

›Headspace Announces CEO Transition
Headspace announced that CeCe Morken has been appointed CEO, effective January 1, 2021. At that time, current CEO and Co-founder Rich Pierson and Co-founder Andy Puddicombe will transition to the new roles of Co-executive Chairmen of the Board. Read more

›Prime Days + Black Friday, Head-To-Head For Holiday Consumer Dollars, According To NPD
Before Amazon officially announced its 2020 Prime Days, 57 percent of consumers told The NPD Group that they plan to do some, if not all, of their holiday shopping online during Prime Day events this year. Read more

›Source For Sports Details Store Safety Protocols As Hockey Season Starts Up
Source for Sports, with over 150 stores selling hockey gear across Canada and the U.S., issued a statement detailing consumer behavior changes and in-store changes that have resulted from the pandemic as hockey season starts up. Read more

›Blain’s Farm & Fleet Opens In Standale, MI
Located in the Standale Shopping District next to Meijer at the corner of Wilson Ave and Lake Michigan Ave, the 106,000-square-foot store marks the fifth Blain’s Farm & Fleet location in Michigan. Read more

›Imports Set New Record As Retailers Replenish Inventories And Stock Up For Holidays
Imports reached an all-time high this summer as retail sales bounced back from the pandemic and merchants replenished inventories and stocked up early for the holiday season, according to the monthly Global Port Tracker report released by the National Retail Federation and Hackett Associates. Read more