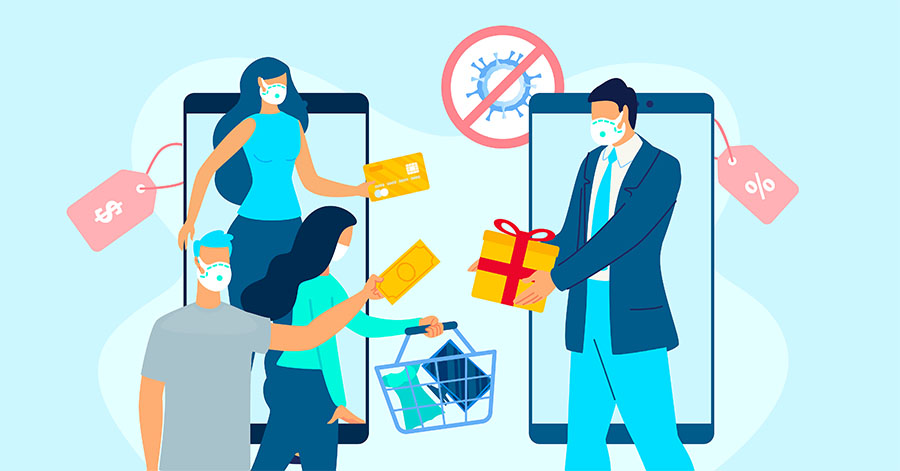 The study found 94 percent of adults plan to make holiday-related purchases this year, and 73 percent anticipate spending the same or more this holiday season. Due in part to COVID-19, consumers have come to expect click-and-collect and curbside pickup at their local retailer, with 53 percent will leverage these alternatives through November and December.

“Despite the difficulties the economy has faced, consumers are looking forward to the holidays and plan to spend just as much as in previous years,” said Tom McGee, president and CEO of ICSC. “We expect to see an increase in online shopping activity which means that those retailers that have implemented an aggressive omnichannel strategy will likely do well during the holiday season.”

E-commerce is forecasted to grow by 25 percent — 94 percent of U.S. adults will spend in-store and online at retailers with a physical store; 81 percent expect to spend in a physical store citing a desire to see and touch products (40 percent); the immediacy of brick & mortar purchases (38 percent); and better prices or sales (33 percent). However, 66 percent of respondents said they are more likely to visit stores that have strict COVID-19 protocols in place including mask requirements, one-way aisles, contact barriers, occupancy limits, and other related mandates.

ICSC anticipates the shopping season will be longer this year, with 77 percent of respondents expecting to start earlier than they normally would. More consumers are planning to start their shopping before the Thanksgiving weekend than in the past, with 67 percent saying they will begin shopping before Thanksgiving Day – and 23 percent as soon as October – as they look to take advantage of early sales and avoid shipping delays, crowded stores or out-of-stock items. Forty-three percent of adults expect shipping and delivery delays to pose challenges this holiday season.

“Consumers have been spending less this year due to the mandates put in place related to the pandemic. As a result, they are looking to spend some of that money on holiday items,” McGee added. “Even with the additional dollars, shoppers will still be looking for the best sales and prices retailers have to offer.”

Deals and promotions will remain an important part of retailers’ strategy this holiday season, with 47 percent of consumers saying they plan to start earlier to take advantage of sales, and 25 percent reporting sales provide incentive to spend more. Overall, 80 percent of shoppers said deals will play a role in their holiday purchases and 38 percent will plan their shopping around specific promotional events.

Additionally, ICSC’s survey found that, due to COVID-19, 54 percent of shoppers plan to purchase more from small businesses, and 49 percent expect to contribute to more philanthropic causes than they have in prior years.

The survey also found discount department stores will be the most-visited retailer (57 percent), followed by traditional department stores (34 percent) and electronics stores (31 percent). When choosing where to shop, respondents were most influenced by prices and promotions (45 percent) and the variety of products offered (26 percent). This year, 22 percent said health and safety precautions impacted their decision making.

“Forecasting spending and consumer behavior is difficult this year. Legislation around additional stimulus funds, as well as changing government mandates resulting from a shift in the virus, could significantly alter spending in one direction or another,” McGee added.