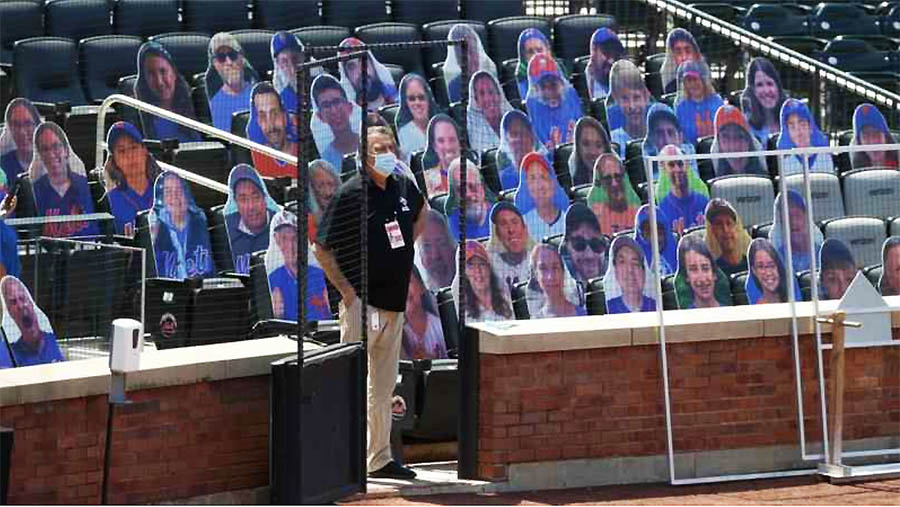 The Top National stories and the Latest headlines across the Active Lifestyle Market for the week of July 13, 2020 covered in the SGB Updates — delivered to your inbox every business day.

›Nike Training Club App To Remain Permanently Free
Nike has made Nike Training Club (NTC) permanently free after waiving the app’s premium fee in April for a limited time to help people stay active in their homes while quarantining due to COVID-19. Read more

›Remington Arms Plant Workers Face Layoffs In Upstate New York
Remington Arms, which reportedly is exploring a bankruptcy filing, has told hourly workers at its factory in the Herkimer County village of Ilion in Upstate New York, that they will be furloughed following their shifts on Friday. Read more

›Afterpay Introduces Apple Pay For In-Store Payments
Afterpay, the buy-now-pay-later platform, announced that its customers can now use Apple Pay to make purchases through Afterpay in physical retail stores and online. Read more

›NRF Survey Predicts Potential Record Back-To-School Spending
Consumers tentatively plan to spend a record amount to prepare students for school and college this year as they buy more laptops and computer accessories in anticipation that at least some classes will take place online because of the coronavirus pandemic, according to the annual survey released by the National Retail Federation and Prosper Insights & Analytics. Read more

›Nike And Roma To End Sponsorship
Roma, the Italian professional football club based in Rome, announced a “premature termination” of its partnership with Nike at the close of the 2019/20 season. Read more

›U.S. Retail Sales Climb 7.5 Percent In June
U.S. retail sales jumped 7.5 percent in June from the prior month as some stores and restaurants reopened. Results came out ahead of Reuters’ expectations calling for an increase of 5 percent. Read more

›Dick’s SG Names Larry Fitzgerald To Its Board
Dick’s Sporting Goods Inc. announced that Larry Fitzgerald, Jr., the 11-time Pro Bowl wide receiver for the NFL’s Arizona Cardinals, has been named to the company’s Board of Directors. Read more

›Tilly’s Warns Of Sluggish Restart
Tilly’s Inc. provided a business update indicating that same-store sales are down 9.4 percent through July 14 and being impacted by weak traffic as stores reopen. The retailer also warned that sales will be impacted by the California’s decision on July 13 to close indoor shopping malls after reopening them in mid-June. Read more

›Anta Warns On First-Half Profits
Anta Sports Products Ltd. said it expects profits to decline up to 25 percent in the first half ended June 30 and up to 35 percent after taking into account its share of the loss from the Amer Sports acquisition. Read more

›StockX Sees Accelerated Growth Amid Pandemic
Despite unprecedented, industry-wide challenges due to COVID-19, StockX, the sneaker re-selling website, announced it has now surpassed $2.5 billion in gross merchandise value and has experienced its biggest months of sales in the second quarter. Read more

›JCPenney To Cut Jobs In Restructuring
JCPenney Company Inc., which is reorganizing in bankruptcy proceedings, announced that it is aligning its workforce with its store optimization strategy and reduced store footprint. The company will reduce its workforce by approximately 1,000 corporate, field management and international positions. Read more

›Varsity Brands Campaign To Support The Return Of School
Varsity Brands, the parent of BSN Sports, Varsity Spirit and Herff Jones, announced the launch of a campaign, Impact Now, in anticipation of the 2020-2021 school year. Impact Now leverages Varsity Brands’ scale to offer administrators, faculty, and coaches with a digital playbook and related resources that advance school health, safety, and emotional and physical needs of students in both physical and virtual classroom settings. Read more

›Play It Again Parent Sees Q2 Earnings Dip
Winmark Corporation, the parent of Play it Again Sports, reported net income for the quarter ended June 27 of $5.06 million, or $1.33 per share, compared to net income of $7.3 million, or $1.79, in the second quarter of 2019. Read more

›Survey Finds Sports Fans Interested In Homegating
A new survey from Genesco Sports Enterprises, the sports marketing agency, found 76 percent of sports fans are interested in homegating, or tailgating at their homes, as games return to empty stadiums and arenas. Read more

›Walmart To Mandate Face Coverings
Walmart, the nation’s largest retailer, will require all shoppers to wear masks at all its Walmart and Sam’s Club’s locations, effective next week. Read more

›Olin Appoints New CEO
Olin Corporation, the parent of  Winchester, announced that after an extensive search, its Board of Directors selected Scott M. Sutton to succeed John E. Fischer as president and chief executive officer. Fischer will become the executive chairman. Read more

›Siege Sports Acquired By PE Firm
Siege Sports, a provider of custom athletic uniforms and apparel based in Kansas City, has been acquired by Bridge Lake Partners, a private investment firm. Read more

›Iconix Brand Group To Explore Sale
Iconix Brand Group, Inc., the parent of Starter, Pony, Umbro, Danskin, and a number of other brands, said in a regulatory filing that its board has decided to broaden its exploration of strategic alternatives available to the company to enhance shareholder value, including a potential sale. Read more

›Gold’s Gym To Be Acquired By Berlin’s RSG Group
RSG Group GmbH, the largest fitness center chain in Germany with 246 studios in Germany, Austria, Italy, Poland, and Spain, was selected as the winning bidder to acquire Gold’s Gym in a court-approved auction held on July 13. With the acquisition, the RSG Group, which has mainly been active in Europe up to now, will become a leader in fitness with over 900 locations and will be represented on six continents. Read more

›New Era Faces Layoffs As It Ends Furloughs
New Era Cap Co. announced that it would bring a majority of its U.S. employees back from furlough but would lay off 187 employees as it makes adjustments during COVID-19-related challenges. Read more

›Under Armour Ends Partnership With Lacrosse Equipment Provider
Under Armour Inc. has ended its licensing agreement with Team 22, the exclusive licensee of all Under Armour lacrosse products since 2011. Read more

›On Denies It’s Preparing For An IPO
On, the Swiss running shoe brand, denied a report in the Swiss, German-language newspaper, NZZ am Sonntag that it has started making plans to go public in the summer or fall of 2021. Read more

›Schuylkill Valley Sports Closing The Majority Of Its Stores
Schuylkill Valley Sports, based in Pottstown, PA, is closing nine of its 10 stores while continuing to operate its online operations and team business. The one store that will remain open is in Quakertown, PA. CEO and President Jason Lutz has vowed to open new stores with a fresh approach. Read more

›MEC Undergoes Layoffs At Stores
Mountain Equipment Co-op (MEC), which operates 21 stores across Canada, has laid off a number of retail employees it formerly furloughed as it faces challenges managing through COVID-19. Read more

For fans who would like to attend an MLB game in person (but are prevented because of COVID-19), several MLB teams are offering a cardboard cutout program, including the Mets. The club’s “Take A Seat” program gives fans an opportunity to pay to have a cardboard likeness of themself in the stands during home games.  Learn more here. Photo courtesy Mets/AP