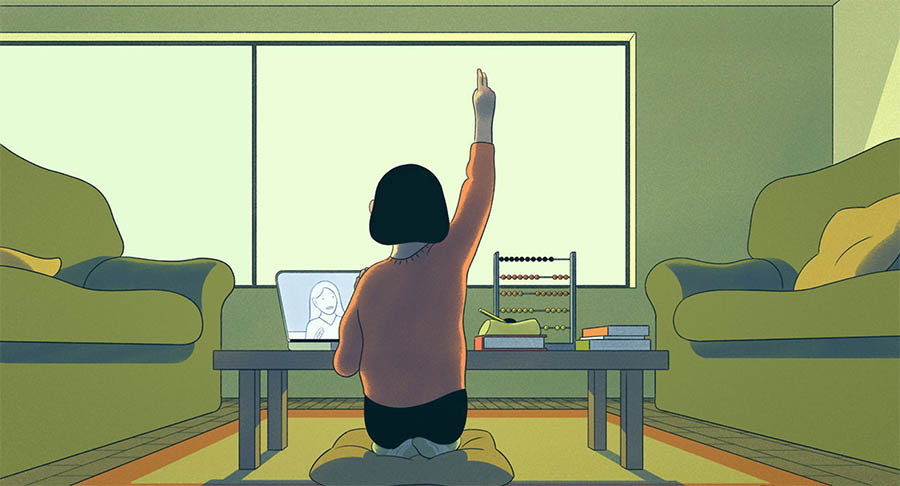 Consumers tentatively plan to spend a record amount to prepare students for school and college this year as they buy more laptops and computer accessories in anticipation that at least some classes will take place online because of the coronavirus pandemic, according to the annual survey released by the National Retail Federation (NRF) and Prosper Insights & Analytics.

“By any measure, this is an unprecedented year with great uncertainty, including how students will get their education this fall whether they are in kindergarten or college,” NRF President and CEO Matthew Shay said. “Most parents don’t know whether their children will be sitting in a classroom or in front of a computer in the dining room, or a combination of the two. But they do know the value of an education and are navigating uncertainty and unknowns so that students are prepared.”

Parents with children in elementary school through high school say they plan to spend an average $789.49 per family, topping the previous record of $696.70 they said they would spend last year. Spending is expected to total $33.9 billion, up from $26.2 billion last year and breaking the record of $30.3 billion set in 2012.

Total spending for K-12 and college combined is projected to reach $101.6 billion, exceeding last year’s $80.7 billion and topping the $100 billion mark for the first time.

With many school districts and colleges across the U.S. still deciding whether to reopen their classrooms in the fall, consumers surveyed had finished only 17 percent of their shopping on average by early July. Among those with most of their shopping left to do, 54 percent said it was because they did not yet know what they would need. Only 10 percent had received lists of required school supplies. But 40 percent expected to receive their list by the end of July and another 30 percent by the end of August – information that could reflect schools’ reopening plans and affect how much consumers actually spend.

Amid the uncertainty, 55 percent of shoppers surveyed expected K-12 and college students will take at least some of their classes at home this fall with only 26 percent expecting most, or all classes, will be taught in-person. Of those expecting students to be at home, 72 percent believe they would need to buy items like computers, home furnishings or other supplies to accommodate learning. The survey found 36 percent expected to buy laptops, 22 percent computer speakers/headphones, 21 percent other accessories such as a mouse or flash drives and 17 percent printers. A similar 17 percent plan to buy non-computer items including calculators, furniture, like a desk or chair, and workbooks.

The vast majority of consumers (88 percent) said the coronavirus would affect their back-to-class shopping in some form this year with 43 percent planning to shop more online – although that could include the websites of brick & mortar retailers – and 30 percent said they would do more comparison shopping.

According to the survey, 63 percent of K through 12 families expect to buy computers and other electronics this year, up from 54 percent last year, and they expected to spend more at an average $274.44, up from $203.44 last year. The $71 difference accounts for the largest share of the overall increase in average spending of almost $93.

With K through 12 students continuing to grow, regardless of whether they are studying at home or at school, the amount parents plan to spend on clothing is down only slightly at an average of $234.48 compared with $239.82 last year. Traditional school supplies, such as pencils and paper, are expected to average $131.37, up from $117.49.

Like K through 12 families, the largest share of college shoppers (43 percent) plan to make purchases online, but the number is down from 45 percent last year. While 31 percent will go to discount stores (down from 36 percent), department stores and office supply stores are tied at 26 percent (down from 39 percent and 29 percent respectively), and 25 percent plan to go to college bookstores (down from 32 percent).

“With consumers cautious about how much time they spend out in public, there is likely to be less going store-to-store to comparison shop this year,” Prosper Insights Executive Vice President of Strategy Phil Rist said. “College shoppers, in particular, may be planning to choose just one or two places to pick up the items they need rather than browsing at multiple locations. And college students beyond their first year may already have most of the big purchases that they need.”