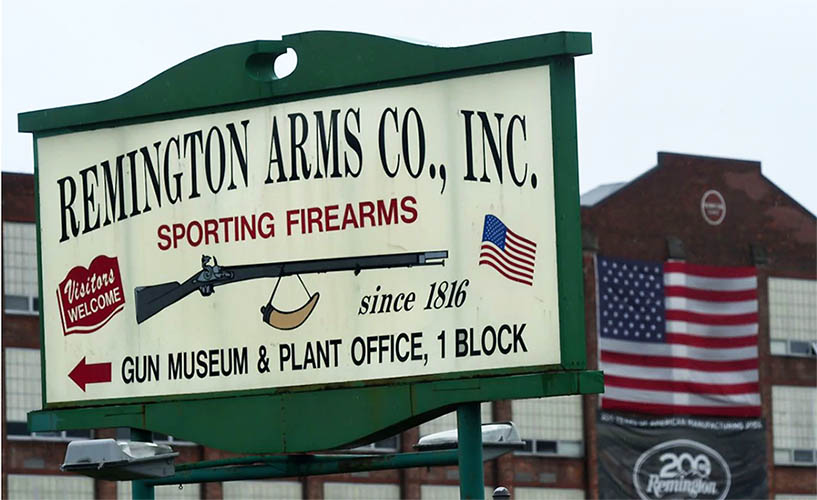 Remington Arms, which reportedly is exploring a bankruptcy filing, has told hourly workers at its factory in the Herkimer County village of Ilion in Upstate New York, that they will be furloughed following their shifts on Friday.

“The company will be implementing a furlough with last day of scheduled work (for most work centers) being July 17, 2020,” the memo said, according to WIBX. “There WILL be limited work operations running in some work center(s), and you will be contacted by your Supervisor if your work center(s) will be scheduled to work.”

The furloughs include all production except for two lines and will last about four weeks.

The furlough comes after a Wall Street Journal report in late June indicated that Remington was preparing to file for bankruptcy and was in advanced talks on a sale to the Navajo Nation.