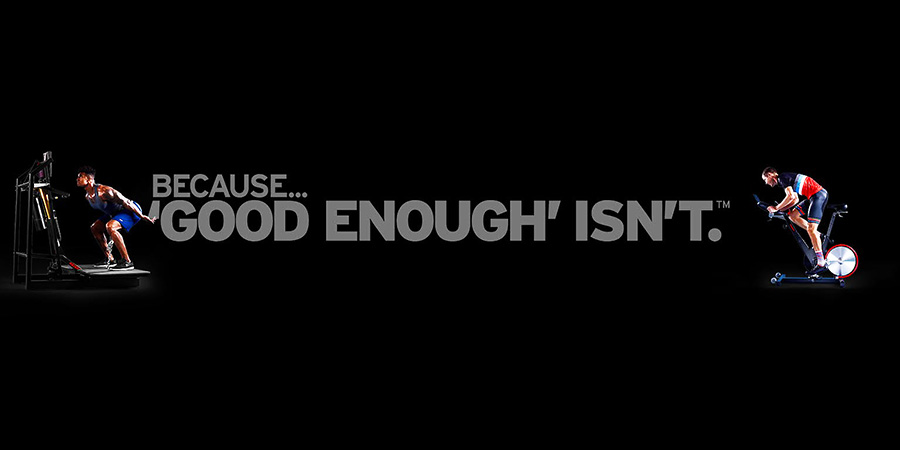 Keiser Corporation has decided to withdraw from the IHRSA 2020 Convention and Trade Show in San Diego, CA, due to the continuing global spread of the coronavirus. Read more

Brooks Running, which is based in Seattle, WA, is restricting all non-essential travel and encouraging employees to work from home if possible as part of its response to the coronavirus outbreak. Read more

Converse signed Draymond Green of the Golden State Warriors to become the face of the brand as it looks to get back into performance basketball. Read more

Le Coq Sportif reached an agreement to supply apparel for the French Olympic and Paralympic team for the Paris 2024 Games. Read more

Gap Inc. on Thursday announced that its board of directors has named Sonia Syngal, who has been CEO of the portfolio’s Old Navy business since 2016, as the company’s next CEO, effective March 23. Read more

In recognition of Women’s History Month, the Women’s Sports Foundation (WSF) in a partnership with Dick’s Sporting Goods Foundation released “Keeping Girls in the Game: Factors that Influence Sport Participation,” a new, national research report examining the social influences on youth entry, retention and drop out from sports. Read more

Everlast has revealed the next wave of trailblazers to be celebrated in “Be First,” a global campaign challenging consumers to carve their own path to success. Read more

Brooks Brothers Group Inc. announced that it has filed a response and counterclaim against Brooks Sports Inc. for breach of contract, trademark infringement, dilution and unfair competition. Read more

Diane Pelkey, Under Armour‘s long-time SVP of communications, has left the company. She joined Under Armour in 2007. Read More

Track & Field, a high-end fitness and lifestyle apparel brand with 231 stores in Brazil has filed for an IPO with Brazil’s securities industry regulator.  Read more

The FBI completed 2.8 million gun background checks in February, up 36 percent from February 2018 year ago and the third-highest monthly total since the National Instant Criminal Background Check System (NICS) began in 1998. Read more

Pure Archery Group on Wednesday announced the addition of Dave Parker to the executive team as vice president of product marketing. Read more

The Arnold Fitness EXPO, scheduled to take place in Columbus, OH, from March 6 to 8, has been postponed due to coronavirus precautions. Read more

SportsEngine Inc., a provider of sports relationship management software, announced that it has reached a milestone in its subsidiary National Center for Safety Initiatives’ (NCSI) partnership with US Lacrosse, conducting over 30,000 coach and volunteer background screens for the organization. Read more

YKK Corporation, the manufacturer of zippers and fastening products, announced that it has become a signatory to the Fashion Industry Charter for Climate Action. Read more

Louis Garneau, the cycling apparel specialist, has filed for bankruptcy protection under the Bankruptcy and Insolvency Act in Canada. Read more

REI, based in Seattle, WA temporarily closed three corporate campuses in the state to conduct a deep cleaning after learning that two headquarter employees may have been exposed to the coronavirus. Read more

The North American Handmade Bicycle Show on Tuesday announced it would postpone its event, scheduled for March in Dallas, TX, due to concerns over the coronavirus and rescheduled it for August. Read more

Bill Hicks & Co. Ltd., a distributor of wholesale sporting goods, on Tuesday announced the addition of Randy Moeller to its executive team in the new role as director of sales. Read more

Hoka One One, a division of Deckers Brands, launched its first apparel collection for fitness and outdoor enthusiasts. Read more

Nordstrom Inc. on Tuesday reported fourth-quarter earnings. The company also announced it will transition from its Co-President structure to a sole CEO, with Erik Nordstrom to serve in this role. Read more

IHRSA said it is “carefully monitoring” developments related to the coronavirus outbreak but plans to hold the IHRSA 2020 Fitness Show that runs from March 18 to 21 in San Diego, CA. Read more

More than two dozen of the industry’s top specialty run brands will present their products at The Running Industry Association’s (RIA) second annual Kick Show—also known as Kick Show 2.0—in Denver, CO, this May. Read more

Astral, a manufacturer of PFDs and footwear, announced that Tad Fox of DIY Outdoor will join its sales team. Read more

Nike closed its Oregon headquarters over the weekend and is closing its European headquarters in Amsterdam on Monday and Tuesday for deep cleaning in response to the coronavirus outbreak. Columbia Sportswear, also over the weekend, thoroughly disinfected its offices in Portland, OR. Read more

Shaun White, the three-time snowboarding champion, said he won’t try to qualify for the U.S. skateboarding team in that sport’s Olympic debut later this year in Tokyo. Read more

Olin Corp., the parent of Winchester, announced the appointment of Scott Ferguson and W. Barnes Hauptfuhrer to its Board of Directors, effective immediately. Read more

According to a survey from Coresight Research, nearly three-quarters of U.S. consumers would stay away from malls or shopping centers if the coronavirus outbreak worsens in the U.S. Read more

Groundwork Endurance has announced its partnership with Skechers for the 35th annual Carlsbad 5000 presented by National University. Read more

Steve Self has joined St. Croix Rod as the company’s director of sales. Read more