Once Dust Settles With AOBC Shakeup, New Entities Could Thrive 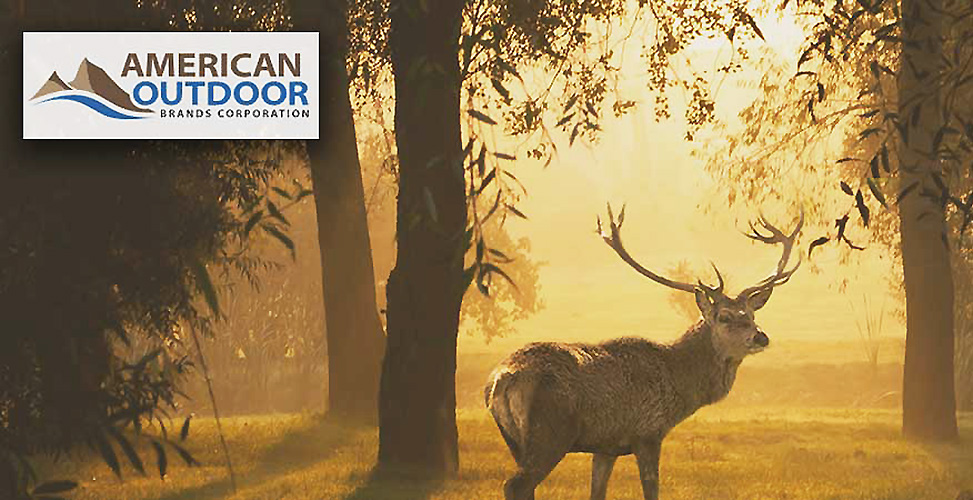 In November, the company announced that it would splinter into two publicly traded companies— Smith & Wesson Brands Inc. (firearms) and American Outdoor Brands Inc. (outdoor products and accessories, or OP&A). The latter will be a spinoff as a tax-free dividend to AOBC’s stockholders.

And in January, the company ousted its longtime president and CEO, James Debney, after the board of directors determined that he “engaged in conduct inconsistent with non-financial company policy.”

Amid the tumult of the quarter, AOBC struggled to find its footing. The company on Thursday reported earnings per share for the fiscal third quarter ended January 31 of 13 cents, which missed Wall Streets’ targets by 10 cents.

And third-quarter revenue of $166.7 million was up 2.9 percent from the year-ago period but short of analysts’ estimates by $20.6 million. The company’s shares (AOBC) also suffered, losing about 30 percent of their value in midday trading Friday.

The firearms segment revenue improved 3 percent to $127.4 million, while the OP&A segment revenue increased 3.2 percent to $43.3 million. Gross margins were either flat (firearms was about the same at 27.9 percent) or declining (OP&A was down almost 400 basis points to 42.8 percent) due to an unfavorable impact from the change in timing of AOBC’s federal excise tax assessment.

OP&A was also hit by additional tariffs and a one-time increase in inventory reserves for the company’s laser site products. Excluding these two items, OP&A gross margin would have been 47.2 percent.

“In firearms, revenue could be impacted by excess inventory at a few key strategic retailers,” he told analysts on Thursday afternoon’s earnings call. “In OP&A, we believe that Q4 will be impacted by the same factors that impacted Q3, including continued weakness in laser sights and manufacturing delays related to the coronavirus.”

But as AOBC moves past Q3 and prepares for the looming spinoff later this calendar year, the companies that will emerge from the corporate shakeout—Smith & Wesson Inc. and American Outdoor Brands Inc.—very well could prosper as standalone entities.

That company was supposed to be led by Debney, but his departure led to Murphy being named the new entity’s president and CEO. While Debney was going to be the “steadying hand on the business with the greatest growth potential,” as Rich Duprey of The Motley Fool wrote in a recent article, AOB has a couple of built-in advantages once the company is no longer saddled by its firearms brethren.

As Buchanan said in November when the split was announced, “many banks don’t want to work with firearms companies.” He added, “We believe [the spinoff] will provide each company with access to capital as well as financial resources such as banking and insurance. And importantly, we believe the spinoff will allow investors to better understand each company’s true potential for value creation.”

“These new categories demonstrate meaningful progress towards our expansion into the $35 billion rugged outdoor market, while the remainder of our new product introductions aimed at strengthening our position in taking market share within existing product categories,” Murphy said.

Despite some headwinds from tariffs and the coronavirus in Q4, AOBC has maintained its guidance for OP&A brands.

Meanwhile, the future could be even brighter for Smith & Wesson. When the brand is spun off from its parent company later this year, the iconic firearms maker should discover advantageous market opportunities as its own company.

Smith & Wesson’s firearms sales didn’t match the double-digit increases in NICS background checks, but the company attributed the disparity to reporting changes as well as an imbalance among new product deliveries, consumer demand and existing channel inventory from retail partners.

And an election year always brings a bump to the firearms market as gun control fears from 2A proponents tend to drive sales. However, as the industry learned following Donald Trump’s presidential election in 2016, it’s important not to become overconfident.

The so-called “Trump Slump” from 2017 to today was a warning for gun manufacturers, distributors and retailers to avoid glut in their channels.

“Everybody is very optimistic—but cautiously so,” Smith said. “I think everybody remembers getting caught in 2016 and nobody wants to do that again. I think the good news is that the underlying demand is still there; as to what is driving that, there are all kinds of things in the marketplace that have happened in the last couple of months.”

Specifically, he meant the recent surge in background checks, which is an important bellwether for the firearms market and one that bodes well for Smith & Wesson in the next three quarters.

“We have no reason to think that the seasonality in the firearms business will not repeat its normal trend,” Smith said.