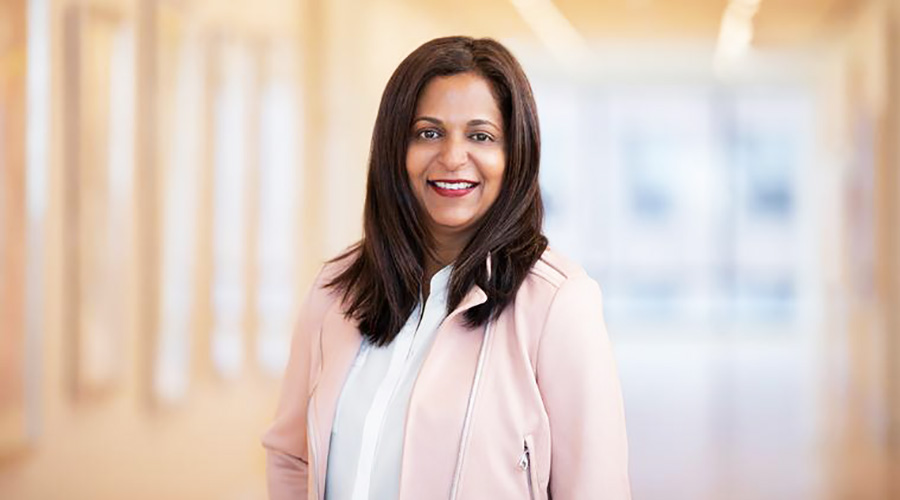 Gap Inc. on Thursday announced that its board of directors has named Sonia Syngal, shown above, who has been CEO of the portfolio’s Old Navy business since 2016, as the company’s next CEO, effective March 23.

She will also join the Gap board of directors. As Gap’s new CEO, Syngal’s top priority will be strengthening the performance of the portfolio.

“To lead the company into its next chapter, we sought a dynamic leader who could bring a deep respect for our customers and make the decisions necessary to deliver value from our portfolio of brands over the long term,” said Bob Fisher, interim Gap Inc. CEO and current chair of the Gap board of directors. “Sonia has all of the characteristics and experiences needed to effectively execute against the work ahead. She is an excellent operator who drives innovation and decisive action, and she leads with both vision and heart.”

“It’s an honor to build on this company’s rich heritage and lead our nearly 130,000 employees in transforming our business and operations to successfully compete in the future,” Syngal said. “I’m committed to fully realizing the potential of our portfolio and the advantage of our scale, with a focus on strengthening the love that our millions of customers have for our brands. To do that, we must better prioritize initiatives and capabilities that will improve execution and drive value creation.”

Syngal led Old Navy from $7 billion to $8 billion in sales in just three years, expanding its North American presence to more than 1,200 stores in the U.S., Canada and Mexico, scaling its ecommerce site to the No. 4 largest apparel site in the U.S. and building competitive omnichannel capabilities.

Prior to that, she was Executive VP of Global Supply Chain and Product Operations, responsible for managing Gap’s global supply chain and redefining the product-to-market model for its portfolio of brands.

Since joining Gap in 2004, she has served in key leadership and general management roles including Managing Director for the company’s Europe business, Senior VP for Gap’s international division and international outlet division.

The company also announced that board member Bobby Martin will take the role of executive chairman, effective March 23. Martin has extensive experience in the retail world, having served as president and CEO of Wal-Mart International, as a former director at Dillard’s Inc. and as a member of the Gap board of directors since 2002.

The company also announced the election of two new members to serve on its board of directors, effective April 1.

Elizabeth Smith is the former CEO of Bloomin’ Brands, where she drove efforts to adapt to the changing consumer landscape by redefining convenience for the casual-dining segment. In addition to her work leading the Bloomin’ Brands portfolio, revitalizing the company’s core brands domestically and internationally, she also served in senior positions at Avon Products and with Kraft Foods. She currently serves as a Director for Bloomin’ Brands and Hilton Worldwide, and previously served on the boards of Carter’s and Staples.

Amy Miles served as CEO of Regal Entertainment Group beginning in 2009, overseeing one of the world’s largest theater chains until 2018 when the company was acquired by Cineworld. While at the helm, Miles built a reputation as a strong operator and one of the most influential figures in entertainment, as she led the Regal team to compete and grow in an era where streaming entertainment services began disrupting the theater industry. Miles is also an experienced board member, currently serving on the boards of Norfolk Southern Corporation and ASM Global.