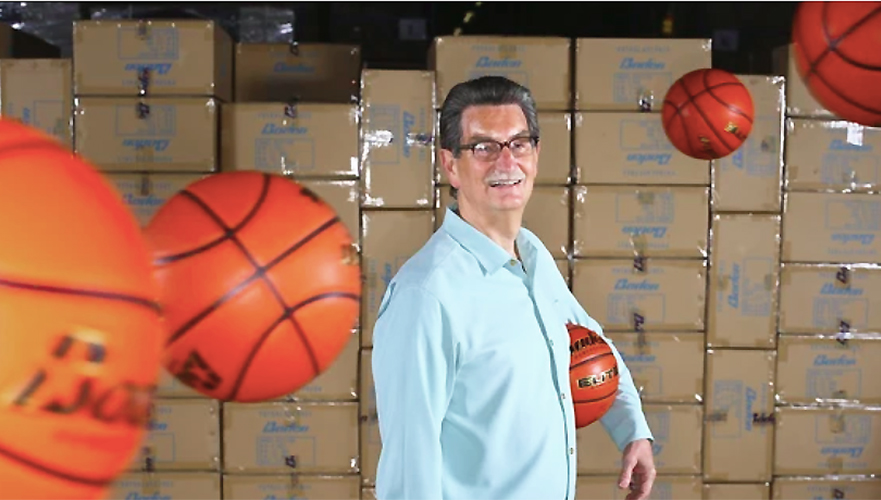 According to a statement from Baden Sports, Schindler, 70, died suddenly on Wednesday of an apparent heart attack while vacationing in Hawaii.

The son of Baden Founder E.C. Schindler, Schindler spent the entirety of his 40-plus-year career at Baden, helping turn a small, family-owned startup into one of the most respected athletic-ball brands in the industry.

Schindler joined Baden in 1978 and spent more than two decades in sales and marketing. His efforts helped launch Baden to national prominence in 1984 when the company was first to develop a new standard basketball for the women’s game. He succeeded his father as CEO in 2002.

A lifelong advocate for athletes, Schindler believed passionately that quality sports equipment could improve the game for the player. Such focus led to many notable Baden product innovations under his leadership, including the Perfection Elite basketball, the All-Weather baseball, the Stealth Soft-Valve System, the Big Leaguer seamed plastic training ball, and most recently, the Axe Bat.

Baden Sports said, “Schindler’s energy and enthusiasm were contagious. He loved talking sports and regaling friends and associates with stories from his many years spent traveling the country. Along the way, he formed close relationships with some of the premier coaches of his era, including Pat Summitt and Bob Knight, both of whom became Baden endorsers, and organizations like the Harlem Globetrotters.”

A statement from the Schindler family read, “We are heartbroken by the unexpected passing of our beloved husband, father and brother. Michael devoted his life to his family and to Baden. We will miss him more than words can express but are resolved to carry on his legacy in a way that honors all who knew him. We find comfort in knowing he died in a place he loved so much, with the love of his life, Patti, by his side. Thank you for your prayers and support. We kindly ask that you respect our family’s privacy during this difficult time.”