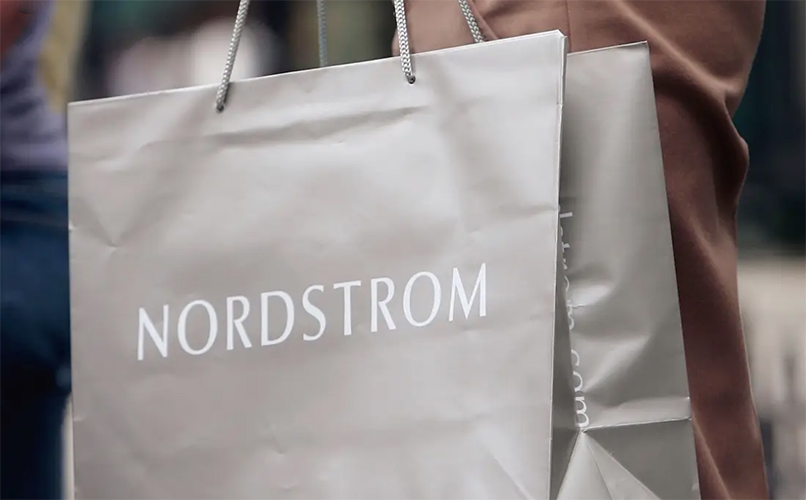 Nordstrom Inc. on Tuesday reported earnings per share for the fourth quarter ended February 1 of $1.23, including a charge of 19 cents, which missed Wall Street’s expectations by 6 cents.

The company’s revenue of $4.4 billion marked an improvement of 1.3 percent driven by growth in Nordstrom’s Full-Price and Off-Price businesses. Revenue was short of analysts’ estimates by $120 million.

The company also announced it will transition from its Co-President structure to a sole CEO, with Erik Nordstrom to serve in this role. Pete Nordstrom has been named as the company’s president of Nordstrom Inc. and chief brand officer. The new titles reflect their current and ongoing responsibilities. Both Erik and Pete Nordstrom will remain on the company’s board of directors.

Erik Nordstrom stated: “These titles help clarify our respective roles as we strive to maximize our impact both as individual leaders and as a team. Pete and I continue to be partners in ensuring Nordstrom’s success, and we are both focused on executing our long-term plan. We look forward to continue working with our Board to deliver on our shared vision for the future of Nordstrom.”

The company’s Q4 charges of 19 cents, which were not reflected in its prior outlook, were primarily related to the integration of Trunk Club as part of Nordstrom’s market strategy in addition to debt refinancing costs.

“Through our customer focus, inventory efficiencies and expense discipline, we drove improvement in sales trends in Full-Price and Off-Price, and we increased profitability during the second half of the year. Our 2019 results reflected the accelerated rollout of our market strategy, our strength of Nordstrom Rack’s execution, improved merchandise margins and realized expense savings that were 10 percent above our plan,” said Erik Nordstrom, CEO, Nordstrom Inc. “As we move forward, we are further leveraging digital capabilities and scaling our market strategy to drive sales and earnings growth. The momentum from our investments and market strategy is enabling us to get closer to customers, transforming the way we’re serving them.”

Based on successful results, Nordstrom will further expand its market strategy through several key initiatives including:

Board and Executive Management Update
The company today announced changes to its Board of Directors. Current board members Kevin Turner and Gordon Smith have chosen not to seek re-election to the Board at the expiration of their respective terms at the company’s Annual Shareholders Meeting on May 20, 2020. The Board is working with an external executive search firm for director candidates to fill their seats.

Additionally, the Board has announced planned changes designed to enhance its corporate governance. This will include reducing the maximum size of the Board from 11 to 10 members over the next two years and introducing a 10-year term limit for independent directors.

“Kevin and Gordon each have made invaluable contributions to our Board, including through their important roles as Chairs of the Technology and Corporate Governance and Nominating Committees, respectively,” said Brad Smith, Chairman of Nordstrom’s Board of Directors.

Fiscal Year 2020 Outlook
Nordstrom remains committed to increasing total shareholder returns through three financial objectives: gaining market share; increasing profitability and return on invested capital; and maintaining disciplined capital allocation. The company has provided financial expectations for fiscal 2020, which does not include any potential impact from the current coronavirus situation, as follows:

Expansion Update
Nordstrom has announced plans to open the following stores in fiscal 2020: 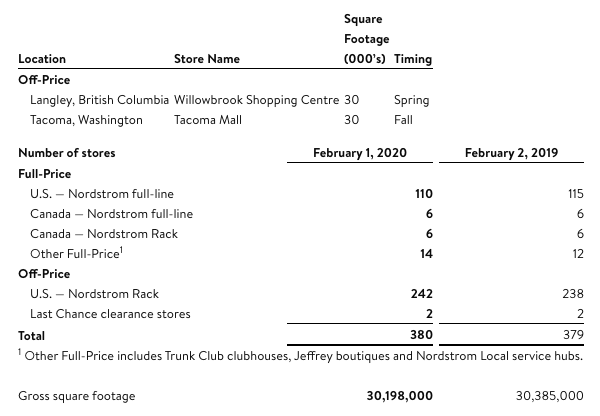