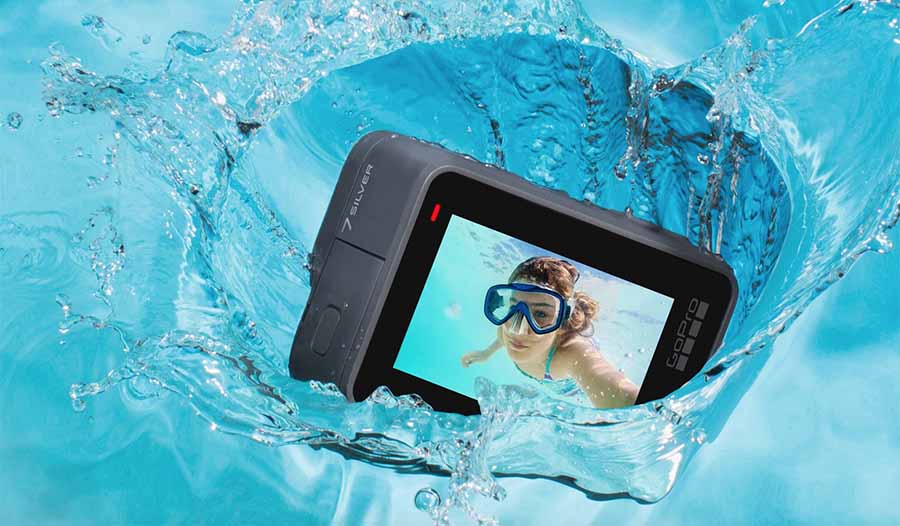 KORR Acquisitions sent a letter to GoPro‘s board of directors, saying the stock could be worth $9.49-to-$14.97 per share to a buyer. The firm urged the company to explore strategic alternatives. Read more

Lululemon Athletica Inc. said that following guidance from local authorities, the majority of Lululemon’s 38 stores in China have been closed for a period of time since February 3, 2020, with some now operating on a reduced schedule. Read more

Escalade Inc., a maker of a wide range of sporting goods, reported sales for the fourth quarter of 2019 were $47 million compared to net sales of $51 million for the same quarter in 2018, a decrease of $4 million or 7.7 percent. Read more

Flywheel Sports, the fitness boutique startup, will shut down the virtual classes that are connected to its in-home bikes in March. Read more

EcoVessel, maker of insulated stainless steel drinkware, has expanded its global presence in 2020 with the addition of Goris Group as a master distributor for Latin American markets. Read more

With its acquisition by Google looming, Fitbit Inc. on Thursday reported revenue for the fourth quarter of $502 million, which missed Wall Street’s estimates by $29.5 million. The company reported non-GAAP earnings per share net loss of (12) cents, which missed targets by 15 cents. Read more

Adams Arms Holdings, LLC on Thursday announced that Michael Halleron has joined the company as vice president of sales and marketing. Read more

Burton on Thursday officially announced that John Lacy will become the company’s CEO, a role he has shared for the past 18 months with Burton owner Donna Carpenter, who now becomes chair of the Burton board of directors. Read more

Merchology has become the exclusive retailer in the corporate channel for New Balance products. Read more

Kids in the Game, a fast-growing organization focused on sports-based youth development, is officially a Certified B Corporation. Read more

Gildan Activewear reported earnings on an adjusted basis were down 6.2 percent in the fourth quarter. Sales fell 11.3 percent as activewear sales were hurt by lower imprintables volumes in North America. Read more

About 5.7 million Contigo Kids Cleanable Water Bottles are being recalled, according to a statement from the U.S. Consumer Product Safety Commission. Read more

REI Co-op was again recognized as a top employer, ranking 60 on Fortune’s 100 Best Companies to Work For list. Read More

Evolv, the southern California-based manufacturer of performance climbing footwear, has bolstered both its wholesale sales and eCommerce departments and will move into a new office, retail and manufacturing facility. Read more

In 2009, TRUE linkswear created a golf shoe designed to fit feet naturally and adapt to different weather, terrain and a variety of activities. Read more

Teva, a division of Deckers Brands, on Wednesday announced the launch of its sustainability initiative and “Strap In To Freedom” campaign. Read more

Foot Locker Inc. said its board of directors approved a $275 million capital expenditures program for 2020, compared to the approximately $187 million spent in 2019. Read more

Hydro Flask, the manufacturer of insulated stainless steel flasks and a Helen of Troy Limited company, announced the global partnership with The World Surf League (WSL) as the official water bottle and drinkware of the WSL. Read more

Wanda Sports Group Co., the China-based sports marketing and event promoter, is considering a sale of the Ironman triathlon business, according to a report from Bloomberg. Read more

Adidas reported Wednesday that its business in the greater China area had dropped by about 85 percent year-on-year in the period since Chinese New Year on January 25. Read more

Asolo has hired Bill Lockwood to assume the role of GM from Bruce Franks. Read more

Puma added Kendrick Nunn and Derrick Jones Jr., who both play for the Miami Heat, to the brand’s roster of NBA ambassadors. Read more

Losing weight is a top wellness goal for half of the U.S. adult population, according to a study from the NPD Group. Read more

The Raven Workshop, an outdoor- and action sports-focused rep agency, has added Judd Salvas to the team. Read more

Hybrid Apparel on Tuesday announced it has entered into a multi-year licensing agreement with the Hurley brand to design, manufacture and sell women’s apparel for surf-brand giant, Hurley. Read more

Despite the widely reported favorable skiing and riding, and robust economic indicators, aggregated data from 18 western mountain communities is showing that lodging occupancy is actually slipping in year-over-year comparisons, according to the most recent Market Briefing released by DestiMetrics from Inntopia. Read more

ISA TanTec Group issued a statement this week on how it’s dealing with the on coronavirus. Read more

Julbo Eyewear, the French eyewear brand, announced that Rick Randall will assume the role as national sales manager with the responsibility of overseeing both the U.S. and French sales and marketing teams. Read more

The Boy Scouts of America (BSA) said on Tuesday that it had filed for Chapter 11 bankruptcy amid a flood of lawsuits over allegations of child sexual abuse stretching back decades. Read more

Anta Sports Products expects the coronavirus outbreak will impact its financial performance in the first half of 2020 but is aiming for a recovery in the second half, the Chinese company said in a stock exchange filing. Read more

Yeti Holdings Inc. announced the commencement of an underwritten public offering of 15 million shares of Yeti’s common stock by certain of its stockholders. Read more

Farfetch Limited, the London-based fashion marketplace, announced that it has agreed to issue and sell, via a private placement, convertible senior notes in an aggregate principal amount of $250 million. Read more

Timberland reopened its doors Monday for the first time since Catherine “Cassie” Heppner, a marketing executive for the company, was fatally stabbed at the brand’s headquarters in Stratham, NH, on February 9. Read more

Barneys New York plans to close its remaining locations by February 23, according to a government filing. Read more

Yue Yuen reported sales of $878.1 million in January against $924 million, a decline of 5 percent. Read more

NBA Commissioner Adam Silver said on Saturday that the league will likely lose “hundreds of millions of dollars” in lost sponsorships and broadcast revenue from its standoff with the Chinese government after an executive last year tweeted his support for Hong Kong’s protesters. Read more