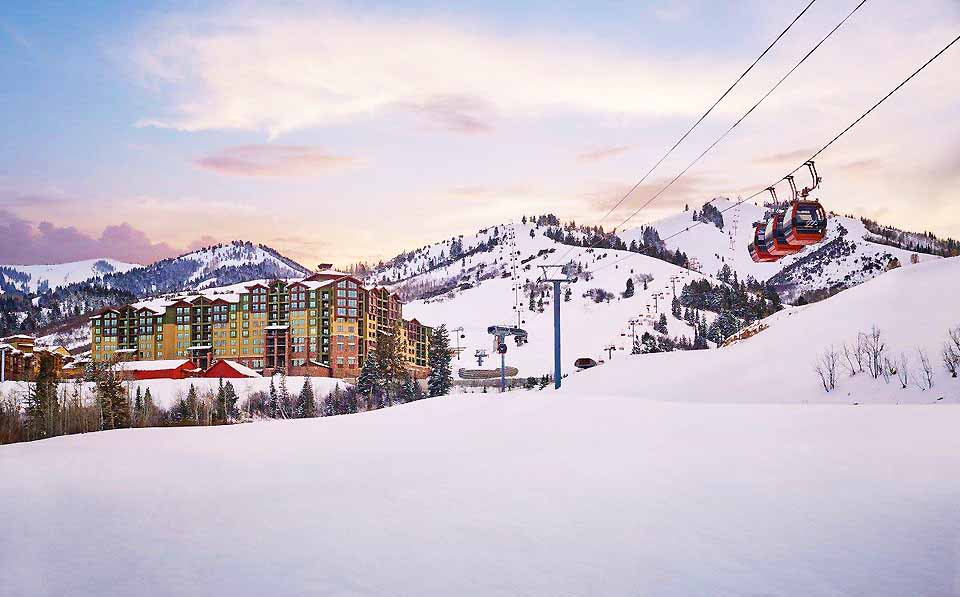 Despite the widely reported favorable skiing and riding, and robust economic indicators, aggregated data from 18 western mountain communities are showing that lodging occupancy is actually slipping in year-over-year comparisons, according to the most recent Market Briefing released by DestiMetrics from Inntopia.

Once again, rates are continuing to creep up, allowing lodging properties to maintain healthy revenue results. Nearly 300 lodging properties in six western states have contributed to the data that includes figures through January 31.

For the month of January, actual occupancy was down 1.8 percent compared to last January while the Average Daily Rate (ADR) was up a moderate 2.5 percent for the month. The higher rate helped offset the dip in occupancy, allowing lodging properties to eke out a 0.7 percent increase in aggregated revenues for the month in a year-over-year comparison to last January.

January’s results are consistent with the full winter picture. Winter occupancy measured from November through April is down a slight 0.9 percent compared to last winter at this time, and occupancy declines are being posted for every winter month except April which is up a dramatic 20.2 percent. In contrast to slipping occupancy, aggregated ADR for winter is up a healthy 3.9 percent with gains in every winter month and strong gains in the crucial months of December, January and February. Again, occupancy decreases are being compensated for with the higher rates, delivering a three percent gain in winter revenues compared to the same time last year.

“We are seeing several dichotomies emerge in the data this month when we look beyond just the lodging performance to other key measurements for mountain communities such as retail sales and revenues, lodging taxes from all sources including rent-by-owner units, and estimated skier days,” explained Tom Foley, senior vice president of Business Operations and Analytics for Inntopia. “One example would be the recent arrival of significant fresh snow across the region, yet a decline in bookings for winter months and a softening of seasonal year-over-year aggregate occupancy, ADR, and revenue from where it was one month ago. Another example is the apparent increase in visitation to mountain communities while retail sales show early signs of slowing.”

Foley continued his explanation by saying “that said, we can’t ignore the fact that rates remain up 3.9 percent compared to a year ago, have been strong for many months, and are well above the national inflation rate.”

Another key indicator monitored by DestiMetrics to assess upcoming trends is the booking pace. During January, bookings made for arrivals in the months of January through June were down a slight 0.7 percent compared to last year at this time for the same six months. While bookings were down for arrivals in January and March, arrivals in April and June are looking particularly strong as of Jan. 31.

Economic strength continues to support the travel industry and rising rates. The Dow Jones Industrial Average (DJIA) continued its meteoric rise by posting the third consecutive all-time record high close on January 31 and building on the significant gains made in both November and December. Also of significance, the closely-watched Dow is up a striking 14.6 percent from the same time last year. The Consumer Confidence Index (CCI) moved up 2.7 percent during January, bringing the CCI above 130 points for the first time since last August. The national Unemployment Rate ticked up 0.1 percent in January to 3.6 percent as job seekers entered the market. Employers easily exceeded expectations during the month by adding 225,000 new jobs—well ahead of the 160,000 expected.

“Markets are responding positively to indications of a trade deal with China as well as the positive post-holiday consumer confidence and employment data,” continued Foley. “At this point, economic impacts resulting from the coronavirus (COVID-19) epidemic have not yet materialized but there is certainly some uncertainty about whether it will impact global markets if supply chains weaken,” he cautioned.

“Economic and snow conditions at western resorts are fantastic this year and with the Easter holiday landing when many resorts are still open, it is quite likely that with that surge of late-season visitors, this will be another record year for revenue,” added Foley. “Although we have some concerns about the continuing trend of sliding occupancy and what it may signal, for now, there is much to be celebrated in mountain communities this season.”