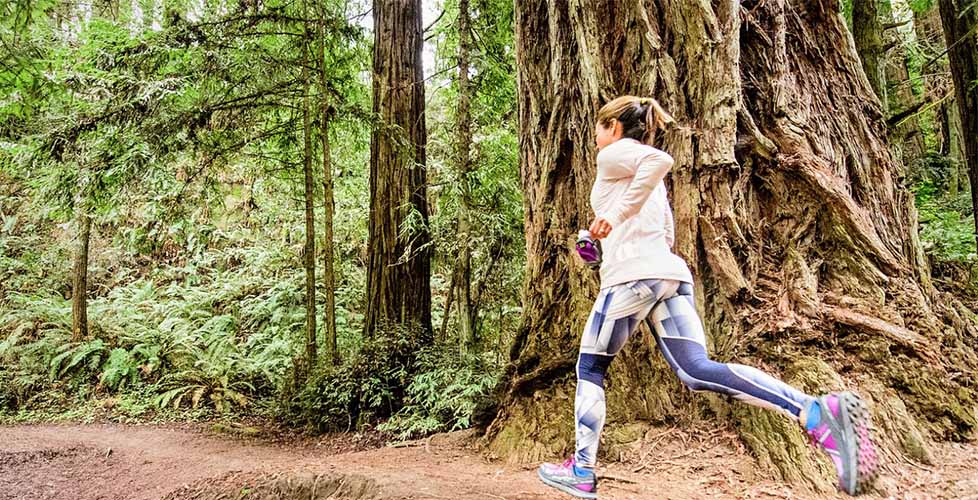 However, the news wasn’t all good. Among the findings:

“The uptick in the number of people being active is good news and reflects a lot of hard work done in recent years to get more Americans active and healthy,” said Tom Cove, SFIA President and CEO. “The work is only beginning, and now is the time to double down to sustain this direction.”

Overall, the number of active Americans increased to 221.6 million in 2019 from 218.5 million in 2018, although the rate of those active, as a percent of the population, 73.2 percent, remained relatively flat over the past six years.

The study found 8.2 million people decided to take the step towards an active lifestyle since 2014. Notable growth in participation over the last six years was seen in trail running, cardio tennis, BMX biking, and day hiking.

Eight million more Americans became casually active in a high-calorie activity in 2019 compared to 2014. Over the last year, 2.1 million additional people reported participating in an activity that raises their heart rate for more than 30 minutes, led by casual participants. An increase in casual participation among activities such as high impact/intensity training (HIIT), row machine and outdoor soccer played a significant role in this gain.

While getting 2.1 million people active was good news, the rest of the activity categories remained flat. Active high-calorie participation has lost 0.7 percent on average since 2014. An increase in high-calorie activities, such as outdoor soccer and BMX biking, last year was also found to lead to a decrease in inactivity among children.

Again, the trend is driven by casual (occasional) participation in a multitude of activities likely due to opportunities presented by a variety of studios, gyms and classes, as well as apps like ClassPass, allowing individuals to participate on a more flexible schedule. New gyms, new apps and social media are working to reduce barriers to first-timers, providing the option to diversify your workout and try new things.

Among some other aerobic activities, running/jogging participation grew 1.2 percent with a 2.3 percent increase in casual participation (1-49 times a year) and a 0.1 percent gain in core (more than 50 times.) Among related activities, trail running was a 9.9 percent gain although the measure was only one time a year. Triathlon, both non-traditional/off road and traditional/road, were each off around 7 percent.

Yoga remained strong, with a six percent year-over-year growth. Yoga’s growth is particularly encouraging since the activity already has such a large base. There are more yoga participants than high impact intensity training (HIIT), boot camp style training and barre combined. In addition, all combat sports (MMA for fitness, MMA for competition, boxing for fitness, boxing for competition, cardio kickboxing, martial arts, and wrestling) reported healthy growth in 2019.

Baseball was off 0.5 percent after showing gains in recent years. Core participants in baseball were down 1.8 percent in 2019.

Other team sports seeing more than a 5 percent decline in participants in 2019 were swimming on a team, roller hockey, rugby, ultimate Frisbee, paintball and volleyball on grass as well as on beach/sand. More modest declines were seen in cheerleading, gymnastics, ice hockey, and softball, both fast and slow pitch.

Total tennis participation was down 0.9 percent in 2019 while golf (on a 9 or 18-hole golf course) was essentially flat, up 0.1 percent. Momentum continued for off-course golf participation (driving range, golf entertainment venue, indoor simulator), ahead 6.7 percent last year and up 13.5 percent over a five-year average.

Some favorable news was seen regarding PE participation. The study found 16-to-17-year-olds participating in PE saw an increase to help drive an overall increase of 13-to-17-year olds attending PE. Overall, 82 percent of 13-to-17-year olds participated in PE versus 96 percent for 6-to-12-year olds. The average days were higher for older children versus their younger counterparts. The study continued to find a strong link between participating in PE in youth and being active later in life. Of the adults who viewed PE as one of their favorite classes during childhood, 82 percent were active as adults in 2019. By comparison, only 60.4 percent of adults who disliked PE during childhood were active.