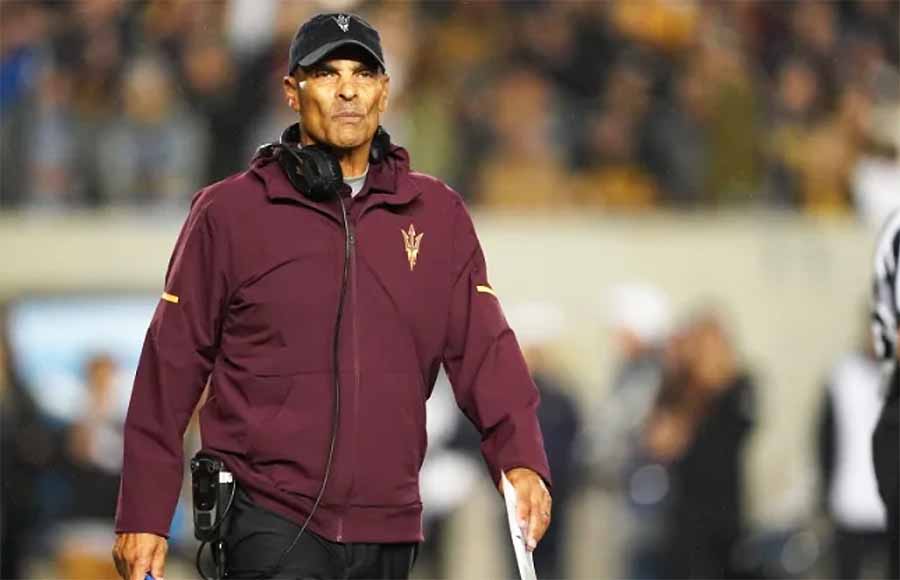 Edwards will speak on Monday, May 18.

“Herm Edwards is a winner in every sense of the word and NSGA is excited to have a speaker of his caliber to share his inspirational message with our Management Conference attendees,” said Matt Carlson, NSGA President and CEO. “Herm has responded to some monumental challenges throughout his life with tremendous success and that will resonate well with those in the sporting goods industry facing their own challenges.”

Edwards just completed his second season as head coach at Arizona State and led the team to a Sun Bowl victory and an 8-5 record that included an upset of Rose Bowl champion Oregon. He defied skeptics who wondered if he could be successful on the sideline again by leading the Sun Devils to a bowl game in his first season after nine successful years as an NFL analyst for ESPN television and radio.

Edwards played collegiately at the University of California and San Jose State but was not selected in the NFL draft. Edwards made the Philadelphia Eagles and started a 10-year career as a cornerback. That included a Super Bowl trip in 1980 and one of the most iconic moments in NFL history in 1978 when he returned a fumble in the final seconds for a touchdown to beat the New York Giants in a game known as “The Miracle at the Meadowlands.”

Edwards was the first graduate of the NFL’s Minority Coaching Fellowship in 1987 and eventually worked his way to become an NFL head coach for eight years with the Jets and Kansas City Chiefs from 2001/08.

In 2003, Edwards was named a member of the National Advisory Committee of the Positive Coaching Alliance, which has a content-sharing collaboration with NSGA, and he is also active in numerous charitable and philanthropic endeavors, including the Juvenile Diabetes Research Foundation (JDRF) and Herm Edwards Youth Foundation. He co-authored the book “You Play to Win the Game – Leadership Lessons for Success On and Off the Field” with ESPN’s Shelley Smith. He is a dedicated golfer who appeared on the Golf Channel’s original series “The Haney Project” with pro instructor Hank Haney, who spoke at NSGA’s 2017 Management Conference & Team Dealer Summit.

Study: Price Most Important Reason for Where to Buy