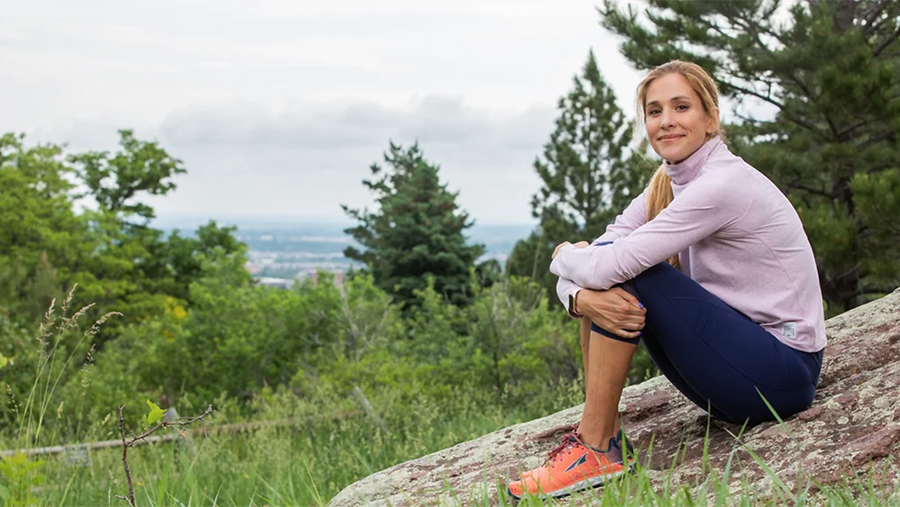 The Top National stories and the Latest headlines across the Active Lifestyle Market for the week of August 16, 2021 covered in the SGB Updates and delivered to your inbox every business day.

This week’s Athlete is Kara Goucher, who was one of the first whistleblowers in the case against Alberto Salazar, her former coach, whose name was removed this week from The Alberto Salazar Building at Nike’s Beaverton campus in Oregon after the disgraced coach was handed a lifetime ban for sexual and emotional misconduct. Read more here.

»Report: Amazon Plans To Open Smaller Department Store Concept
Amazon is planning to open several large retail locations in the U.S. that are similar to department stores, according to a report in the Wall Street Journal. Read more

»Toys R Us Stores Opening Inside Macy’s
Macy’s announced that Toys R Us “shop-in-shops” will open in more than 400 of its stores nationwide next year. Read more

»The Ironman Group Appoints Chief Financial Officer
The Ironman Group announced it had appointed Ajay Singh as the company’s CFO. He brings over 20 years of financial and managerial experience to the position, including ten years at an executive leadership level. Read more

»REI Celebrates Store Opening In Orland Park, IL
REI is celebrating the opening of its 20,000-square-foot store in the Village of Orland Park in Illinois with a three-day celebration that runs from August 27-29. Read more

»NHL Owners Approve Jersey Ads For 2022/23 Season
The NHL plans to add the jersey patch starting in its 2022/23 season, according to a number of reports. Read more

»Topps’ Revenues Surge In Second Quarter
The Topps Company Inc., in its first report since going public, reported sales in the second quarter ended July 4 jumped 77.7 percent, to $212.2 million.  The maker of sports and entertainment collectibles raised its outlook for the year. Read more

»Wilson Sporting Goods Opens NYC Pop-Up Museum Timed With US Open
Wilson Sporting Goods, which has long been the official ball and racket stringer of the US Open, announced opening plans of its New York City pop-up museum and retail shop to celebrate the upcoming sporting event. Read more

»Old Navy Overhauls Plus-Size Fashion Line
Old Navy said it will end its practice of separate plus-size sections for women’s clothing in stores and online and begin offering all of its women’s apparel in sizes 0 to 30. Read more

»Hanesbrands To Require All U.S. Office Employees To Be Fully Vaccinated For COVID-19
HanesBrands announced that all U.S. office associates must be fully vaccinated against COVID-19 by October 15, 2021. Read more

»RYU Apparel Announces Canadian $12.5M Non-Brokered Private Placement
Vancouver-based RYU Apparel Inc. announced that it intends to complete a non-brokered private placement financing of up to 12,500 units at a price of $1,000 per unit for aggregate gross proceeds of up to Canadian $12.5 million. Read more

»Firearms Imports Continue Strong Gains In May
Imports of Handguns, Shotguns, Rifles and Other firearm categories continued to generate strong double-digit gains in May, according to ITC data compiled by the NSSF. Read more

»The North Face Forms Partnership With Spinnova
The North Face has reached an agreement with textile material company Spinnova to develop high-performance textiles with a sustainable component. Read more

»ITF Global Tennis Report 2021 Shows Worldwide Participation Gains
The International Tennis Federation’s (ITF) 2021 Global Tennis Report found healthy growth in tennis participation despite the impact of the pandemic. Key findings of the report indicate that there are more than 87 million players within the 41 nations that contributed to the report, an increase of 4.5 percent in these countries. Read more

»July Retail Sales Slow Amid Tight Supply Chain
Retail sales slowed during July as retailers continued to face supply chain disruptions and increased COVID-19 vaccinations allowed consumers to shift some spending from goods to activities like going out to dinner and traveling despite the delta variant, the National Retail Federation said. Read more

»Foot Locker Raises Quarterly Dividend By 50 Percent
Foot Locker Inc. announced that its Board of Directors declared a quarterly cash dividend on the company’s common stock of 30 cents per share, an increase of 10 cents per share or 50 percent. Read more

»Bruce Akin Retiring As CEO Of B.A.S.S.
After 10 years serving as CEO of B.A.S.S., Bruce Akin will retire on September 30. B.A.S.S. Chairman Chase Anderson will assume responsibility for the organization’s day-to-day operations as CEO. Read more

»Peloton Begins Repairs On Recalled Treadmills
Peloton Interactive Inc. said it plans to install U.S. regulator-approved repairs to the touchscreen console on its treadmills starting this month after reports of injuries earlier in the year led to product recalls. Read more

»Li-Ning’s Sales Climb 65 Percent In First Half
Profits at Li-Ning rose 187 percent in the first half on a 65 percent revenue gain. Read more

»Under Armour Appoints Board Member
Under Armour, Inc. announced that David Gibbs had been appointed to its Board of Directors effective September 1, 2021. Gibbs is the chief executive officer of Yum! Brands Inc., the parent of KFC, Pizza Hut, Taco Bell, and The Habit Burger Grill restaurants. Read more