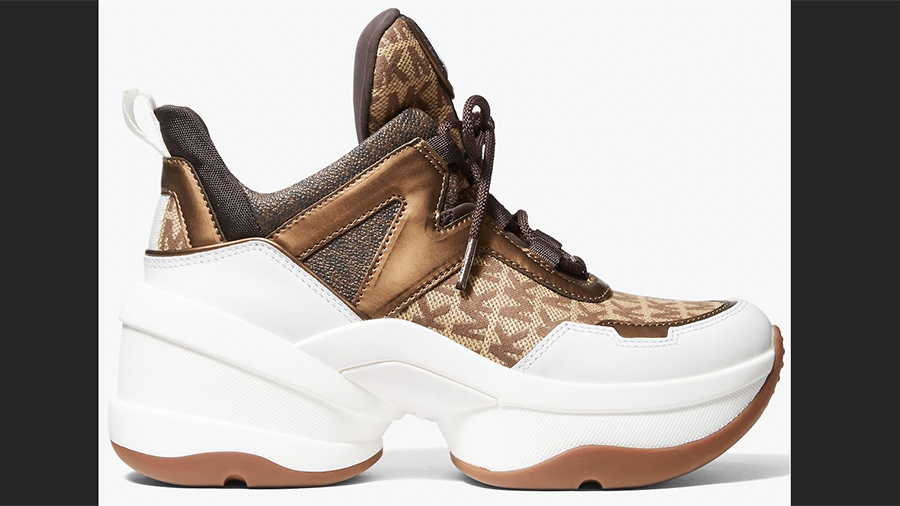 In its complaint, New Balance alleges a design on the side of Michael Kors’ Olympia, shown above, and Pippin lines of shoes is “virtually identical and confusingly similar to the New Balance N Marks.”

New Balance is asking a court to force Michael Kors to stop using the design and recall existing shoes and to award the company damages and any profits the company made from the sale of the shoes.