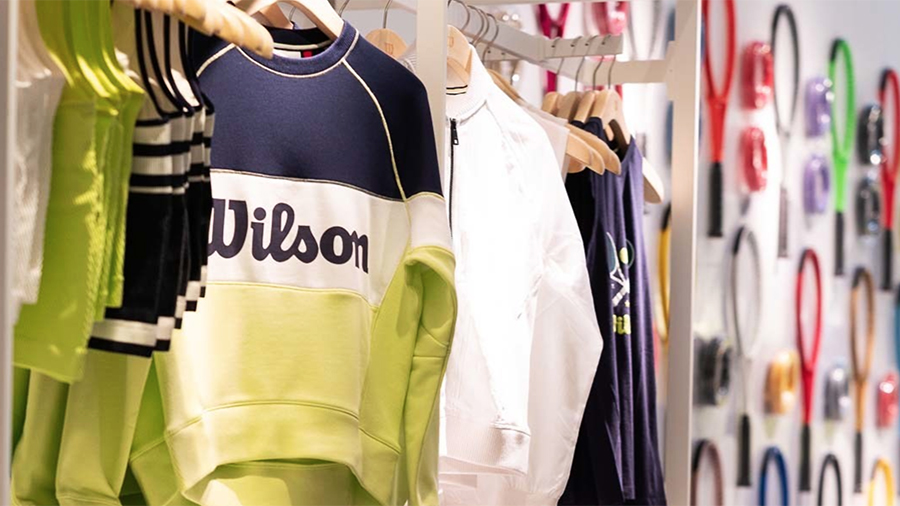 Wilson Sporting Goods, which has long been the official ball and racket stringer of the US Open, announced opening plans of its New York City pop-up museum and retail shop to celebrate the upcoming sporting event.

Located in SoHo, the Wilson Pop-Up Museum will open tomorrow at 594 Broadway with tennis legend Billie Jean King. The opening precedes the 2021 US Open, which will take place in Flushing, Queens from August 30 to September 12.

Titled “Love All: A Wilson Tennis Experience,” the pop-up pays homage to the brand’s history in the game and highlights the many athletes, Wilson’s advisory staff and the brand’s milestones in tennis innovation. The pop-up will have available for sale its latest apparel collection for men and women and a curated assortment of footwear, balls, accessories, and tennis rackets— including limited edition and exclusive products such as the Kith x Wilson Pro Staff 97, US Open Clash and the Blade V8.

The store will have a “racket maestro” offering racket customization and interactive experiences including tennis ball art and apparel personalization. A ball room and gallery will feature select Wilson hard goods and a display of the making of a modern racket. The second floor will have a Sky Box lounge to host events and tournament viewing.

Historical milestones found in the Museum will include: Jimmy McDaniel breaks tennis’ color barrier, Jack Kramer, pioneer of open era tennis, Billie Jean King fights for equal rights, Serena Williams becomes best of the open era , 20 slams, only one Roger, and Kith for Wilson. Wilson will also exhibit the stories of sports ventures to come leading up to the grand opening of the NYC Wilson flagship store later this year.