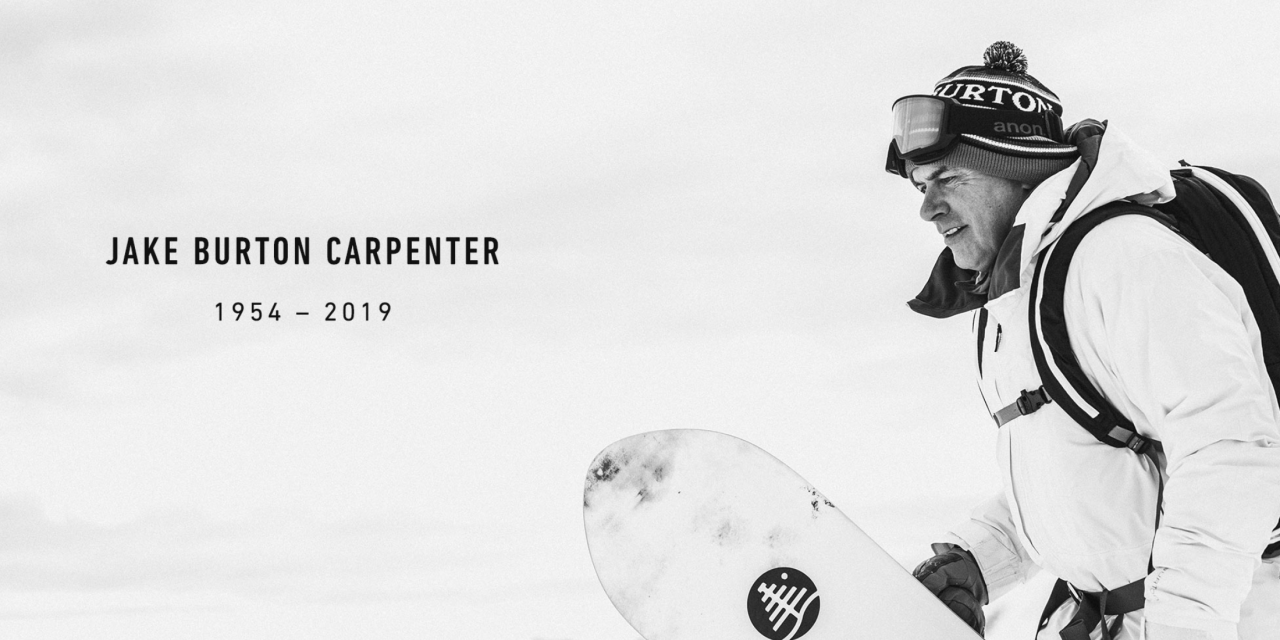 Jake Burton Carpenter, the owner of Burton Snowboards and a snowboarding pioneer, passed away at the age of 65. Read more

Thule Group announced Friday it is starting a significant expansion of its operations in Hillerstorp, Sweden. New buildings and facilities will be built to make room for an expanded global development and test center. At the same time, the production facility for roof racks is being expanded. Read more

Goat, the sneaker reseller marketplace, launched an official partnership with the Brooklyn Nets for the 2019/20 season that will include Goat-branded arrival paths for home and away teams, content, signage, and more. Read more

Toms released its 2019 Impact Report. The report provides a comprehensive overview of their giving, including 96.5 million lives impacted, since the brand was founded thirteen years ago. Read more

Scarpa NA has recalled its Maestrale RS and Maestrale Men’s Ski Boots because the ski boot shell can crack, posing a fall hazard and risk of injury to the consumer. Read more

Nordstrom Inc. on Thursday reported earnings per diluted share of 81 cents for the third quarter ended November 2, beating Wall Street’s estimates by 16 cents. Total company net sales decreased 2.2 percent to $3.7 billion in Q3, improving by more than 200 basis points from the first half of 2019 and ahead of targets by $10 million. Read more

Callaway Golf Co. on Thursday announced that it has increased the size of the company’s board of directors from 10 to 11 members and that Scott H. Baxter has been appointed to the board. Read more

REI Co-op will open a new store in Pigeon Forge, TN in spring 2020. The new 21,500-square-foot store will be located in The Tower Shops at The Mountain Mile shopping center. Read more

Stage Stores Inc., which is converting many of its banners to the Gordmans off-price concept, cut its losses in the third quarter as same-store expanded 17.4 percent. Read more

Marburger’s Sporting Goods in Seabrook, TX has closed its location to make way for the expansion of Hwy. 146. Read more

Macy’s Inc. reduced its annual profit forecast for the second time this year after reporting its first drop in same-store sales in two years. CEO Jeff Gennette said in a statement.“The sales deceleration was steeper than we expected.” Read more

Lululemon has opened a 19,700-square-foot “experiential” store at Mall of America. Modeled after its store in Chicago’s Lincoln Park neighborhood, the location includes studios for yoga and HIIT activities, a Fuel Bar and a gear trial program. Read more

Planet Fitness Inc. on Wednesday announced that it has priced $550 million of Series 2019-1 Class A-2 Fixed Rate Senior Secured Notes the “Class A-2 Notes“, with an anticipated repayment term of 10 years and a fixed interest rate of 3.858 percent per annum, payable quarterly. Read more

Nike Inc. on Wednesday announced a strategic investment in and exclusive intellectual property licensing partnership with Handsfree Labs Inc., a pioneer in hands-free footwear technology. The terms of the investment were not disclosed. Read more

REI Co-op will open a new store in Billings, MT, in spring 2020. The new 22,000-square-foot space will be located at Shiloh Crossing and offer a specialty bike shop for maintenance and repairs. Read more

Motionwear LLC, an Indianapolis, IN-based maker of cheerleading uniforms and gymnastics and dance apparel, notified the State that it will shutter its Indianapolis operations and lay off 146 employees, according to a report by Inside Indiana Business. Read more

The RV Industry Association board of directors this week announced it had re-elected Garry Enyart as Chairman of the Board for the year 2020 during the group’s meeting on November 12 in Las Vegas, NV. Read more

GameWorks, Inc., an esports and entertainment company with seven locations nationwide, forged a partnership with the High School Esports League (HSEL) — a varsity esports organization with over 60,000 participating students across more than 2,100 schools — to help fuel the adoption of esports throughout high schools nationwide. Read more

Eyecandylab, which specializes in creating interactive video-triggered augmented reality experiences, has developed a concept with Adidas that brings storytelling and immersive experience within a physical store to a new level. The project raises awareness of Adidas’ sustainably manufactured products made from recycled ocean plastic. Read more

About 1,500 ISO7X Isometric Exercise Devices sold at Burlington Stores are being recalled. According to a statement from the CPSC, the handle grips on each end can break during use and cause parts to be forcefully ejected from the shaft. Read more

Macy’s Inc. on Tuesday said customer data may have been stolen from its website over a roughly one-week period in October. Read more

The outdoor industry has been hit hard by a tax “avalanche” as new tariff data from Outdoor Industry Association (OIA) indicates that American outdoor businesses have paid an additional $2.6 billion in punitive tariffs over last year, as the trade war with China goes on with no definitive end in sight. Read more

Winter4Kids at the National Winter Activity Center, the nation’s first and only fully dedicated youth winter sports facility, announced a partnership with U.S. Ski & Snowboard and the International Federation of Skiing (FIS) to host the first-NorAm Cup parallel event in the U.S. Read more

Mirror, which makes a reflective LCD display for following workouts at home, announced an expansion of its retail store fleet. Mirror will be adding locations at Westfield Century City in Los Angeles and Stanford Shopping Center in Stanford, CA to its existing location in the Flatiron District in New York City. Read more

Major League Socks formerly known as Babsocks and the National Hockey League Players’ Association (NHLPA) on Monday announced that they have entered into a multi-year, non-exclusive licensing agreement that will see current NHL stars featured on the company’s popular line of socks. Read more

Pacific & Everest Lifestyle Company (PELC), a lifestyle holding group, on Monday announced the acquisition of the Poler Stuff brand assets, marking a signal for Poler’s re-emergence in the global marketplace as early as next month. Read more

The Ironman Foundation, the non-profit associated with The Ironman Group, announced Rock This Town as the new charitable program for the Rock ‘n’ Roll Marathon Series. Read more

Hylete Inc., an online seller of fitness apparel and gear based in San Diego, said it has postponed its previously announced initial public offering. Hylete will continue to evaluate the timing for the proposed offering as market conditions develop. Read more

Let’s Do This, an online marketplace for endurance sporting events announced a $15 million Series A round, led by the EQT Ventures with participation from existing investors NFX, Y Combinator, Richard Oldfield and Paddy Dear. Read more

Retailers are preparing for one of the busiest shopping weekends of the year with an estimated 165.3 million people likely to shop Thanksgiving Day through Cyber Monday, according to the annual survey released by the National Retail Federation and Prosper Insights & Analytics. Read more

The family of Gert Boyle, former chair of Columbia Sportswear Company, will host a Celebration of Life in her honor on December 5, 2019. The event will be held at Veterans Memorial Coliseum in Portland, OR. Read more

Dick’s Sporting Goods Inc. announced that Anne Fink, president, global foodservice for PepsiCo, has been named to its Board of Directors. Read more

Nike Inc. announced that Thasunda Brown Duckett, CEO of Chase Consumer Banking, has been appointed to the company’s Board of Directors. Duckett represents the fourth woman on Nike’s current 14-member board. Read more 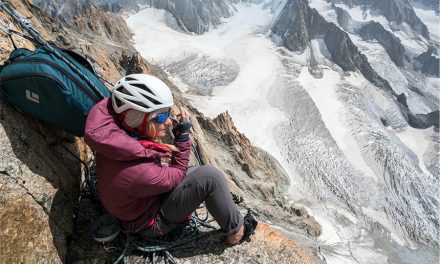 Black Diamond Equipment … Beyond Your Dreams, Within Your Reach 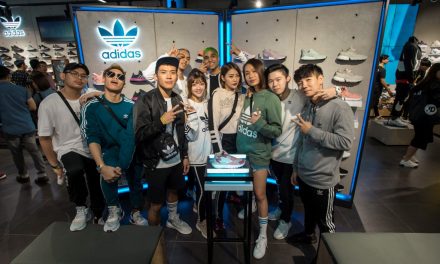