As part of the company’s formation, OneTeam will manage and further commercialize player intellectual property, beginning with established franchises in video games and trading cards. With existing revenue in video games (including Electronic Arts’ Madden NFL and Sony’s MLB The Show) and select trading cards as the foundation, OneTeam will develop other revenue and licensing platforms that leverage the company’s core competencies to generate commercial opportunities for male and female athletes worldwide. These opportunities will initially include group licensing, player marketing and venture capital.

OneTeam will be led by founding CEO Ahmad Nassar, President of NFL Players Inc., and President Brent Stehlik, an Operating Partner at RedBird Capital and formerly Chief Revenue Officer of the Cleveland Browns and San Diego Padres. The Company’s Board of Directors will include representatives from each of the founding partners – NFLPA Executive Director DeMaurice Smith, MLBPA Executive Director Tony Clark, RedBird Capital Founder and Managing Partner Gerry Cardinale and RedBird Capital’s Alec Scheiner, formerly the President of the Cleveland Browns and SVP and General Counsel of the Dallas Cowboys.

“The creation of OneTeam has the potential to advance the interests of athletes in all sports,” said NFLPA Executive Director DeMaurice Smith. “We have grown through innovation in the past decade, whether through the creation of ACE Media, One Team Collective, or REP Worldwide, and OneTeam is the next step in our ability to expand our services to players and partners.”

“Athletes across all sports are interested in connecting more directly and authentically with their fans,” MLBPA Executive Director Tony Clark said. “The OneTeam partnership provides a platform for athletes to provide additional value in new and innovative ways while strengthening the bonds and sense of community between athletes worldwide. We’re pleased to join with Redbird Capital and the NFLPA to launch this exciting new venture.”

Gerry Cardinale continued: “We are honored to partner with the NFLPA, the MLBPA and their players. The commercial opportunity for collective player rights has been steadily growing in recent years, as many players associations have brought ownership of their rights back in-house as they seek new monetization opportunities. With OneTeam, we are capitalizing a new platform company across Leagues with experienced leadership focused on maximizing the value of these rights. Through this independent platform, all the participating associations will be able to accelerate current revenue streams, as well as develop future revenue categories on behalf of their members.”

“I am extremely pleased to have the opportunity to lead OneTeam,” said CEO Ahmad Nassar. “Our mission is to empower world-class athletes to own their individual and collective intellectual property. We see the opportunity for athlete-centric sports properties around the world to leverage and fully monetize their group licensing rights on an independently capitalized basis. To that end, we will build upon REP Worldwide, the brand management and representation business founded by the NFLPA, the Women’s National Basketball Players Association and the U.S. Women’s National Team Players Association. Ultimately, our goal is for OneTeam to work with and support every athlete in every country.”

OneTeam will be headquartered in Washington, DC, and New York, with localized operations in every major city in the United States and select cities around the world. 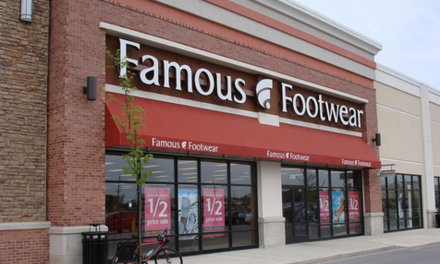 SIA: Snow Sports Sales on Course for 13% Growth this Season…