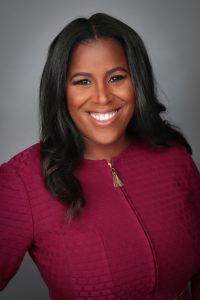 Nike Inc. announced that Thasunda Brown Duckett has been appointed to the company’s Board of Directors.

Duckett, 46, is CEO of Chase Consumer Banking, a division of JPMorgan Chase & Co. (NYSE: JPM), where she oversees a banking network with more than $800 billion in deposits and investments and 50,000 employees. She was previously CEO of Chase Auto Finance, a leading bank provider of auto financing with a portfolio of more than $80 billion in assets and relationships. Building on her passion for financial inclusion and empowerment, Duckett is responsible for the bank’s development of new tools and products to build financial health and wealth for all consumers.

“Thasunda’s expertise in leading digital and physical transformation in retail banking will be invaluable in helping Nike further deepen consumer relationships,” said Mark Parker, Chairman, President and CEO of Nike, Inc. “She is a dynamic and forward-thinking leader, and we are delighted that she has joined the board.”

Prior to joining JPMorgan Chase & Co. and holding executive roles of increasing responsibilities in Chase Home Lending, Duckett was a Director of Emerging Markets at Fannie Mae.

Duckett is executive sponsor of JPMorgan Chase’s Advancing Black Pathways program which is directed toward helping black Americans achieve economic success through wealth, education and careers. She is widely recognized as a leader in the financial industry; she was named one of Fortune’s Most Powerful “Women to Watch” and one of the Most Powerful Women in Banking by American Banker magazine.

A graduate of the University of Houston where she earned a Bachelor’s degree in Finance and Marketing, Duckett holds an MBA from Baylor University.