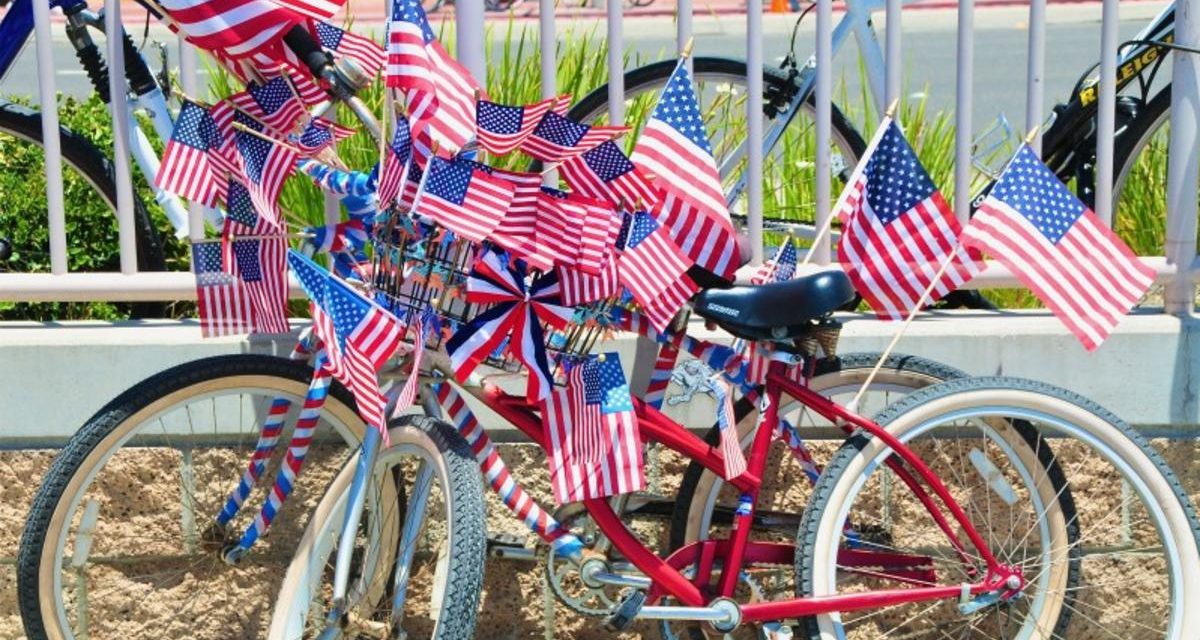 The Top National stories and the Latest headlines across the Active Lifestyle Market for the week of June 29, 2020 covered in the SGB Updates — delivered to your inbox every business day.

From the SGB Media family to yours, we wish everyone a safe and Happy July 4th holiday!

›University Of Denver Adding Women’s Triathlon As Varsity Sport | July 1
USA Triathlon, along with Karlton Creech, University of Denver Vice Chancellor for Athletics, Recreation and Ritchie Center Operations, announced that the University of Denver will add women’s triathlon to its varsity sport offerings. The school is the 37th in the nation, the second in Colorado and the ninth at the NCAA Division I level to add the sport. Read more

›NRF: Pandemic Recession Could Already Be Easing | July 1
The economic downturn brought on by the coronavirus has officially been declared a recession, but National Retail Federation Chief Economist Jack Kleinhenz said the key question is how long it will last. Read more

›Survey Projects Strong Sports Engagement When Sports Return | July 1
According to a survey from Kantar Sports Monitor, 82 percent of sports fans expect that they will be either more engaged, or equally engaged, once sports return. Read more

›UAH Extends Partnership With BSN Sports And Nike | July 1
The University of Alabama in Huntsville Department of Athletics announced that it has extended its partnership with Nike as the official apparel, footwear and uniforms of UAH Athletics. BSN will also serve as the official equipment provider. Read more

›Firearms Background Checks Surge 136 Percent In June | July 1
The FBI completed 2.18 million gun background checks on an NSSF-adjusted basis in June, a hike of 135.7 percent compared to the June 2019 NSSF-adjusted NICS figure of 924,054. The rate builds on gains of 75.2 percent in May, 69.1 percent in April and 41 percent in March. Read more

›Minor League Baseball Cancels 2020 Season | July 1
Minor League Baseball, on Wednesday, canceled its season because of the spread of the coronavirus marking the first time in the organization’s 120-year history that it has called off a full season. Read more

›USA Football Plans Youth Football Return In 2020 | July 1
USA Football has introduced a phased-approach plan for the return of youth football this year. The organization followed guidelines provided by the CDC and worked with the U.S. Olympic and Paralympic Committee (USOPC) and the National Federation of State High School Associations in developing the plan. Read more

›Famer Partners With US Sports Camps | July 1
Famer, the sports coaching and mentorship mobile platform, announced a partnership with US Sports Camps, the largest youth sports summer program in North America, to bring an interactive training experience to thousands of athletes displaced from camp due to COVID-19. US Sports Camps (USSC) is the licensed operator of the NikeSports Camps. Read more

›NFL Awards $1.37 Million In HeadHealthTech Grants | July 1
The National Football League (NFL) and Football Research, Inc. (FRI) awarded $1.37 million in HeadHealthTECH grant funding to four teams of innovators to support the creation of their helmet prototypes to be submitted as part of the ongoing NFL Helmet Challenge, a contest with an additional prize of $1 million. Read more

›Corey Consuega Named President Of Arcus Hunting | July 1
Arcus Hunting LLC, owners and operators of brands Tink’s, Dead Down Wind, Ramcat, Trophy Taker, and Rack One, have appointed Corey Consuegra as president effective July 1. Consuegra will take over leadership from Phil Robinson who has served the organization since 2004 and most recently as President & CEO since 2015. Read more

›Genesco Names New Board Chair | July 1
Genesco Inc. announced that Mimi E. Vaughn, the company’s president and chief executive officer, has been named to the additional position of chair of the board of directors, effective July 1, 2020. Vaughn will succeed Robert J. Dennis, implementing the final step of a transition plan that began in 2018. Read more

›Macy’s Reports $3.58 Billion Quarterly Loss | July 1
Macy’s Inc., in line with a pre-announcement, reported a steep loss in the first quarter but said it expects sales to gradually improve over the remainder of the year as coronavirus lockdown orders ease. Said CEO Jeff Gennett. “We do not anticipate another full shutdown, but we are staying flexible and are prepared to address increases in cases on a regional level.” Read more

›PeopleForBikes President Announces Retirement | June 30
After 16 years at the helm of PeopleForBikes and four decades working in the bike industry, President Tim Blumenthal has announced his retirement. Jenn Dice, the organization’s COO, will become president and CEO on July 1. Read more

›GenYouth Appoints James “JB” Brown To Board Of Directors | June 30
GenYouth, a national nonprofit organization dedicated to creating healthier school communities, announced the appointment of James “JB” Brown to its board of directors. Read more

›OIA Commends House Climate Crisis Action Plan | June 30
The Outdoor Industry Association (OIA) commended the House of Representatives Select Committee on the Climate Crisis for releasing its action plan to solve the climate crisis. The goal of its roadmap is to “build a prosperous, clean energy economy that values workers, advances environmental justice, and is prepared to meet the challenges of the climate crisis.” Read more

›Adidas HR Chief Resigns Following Claims Of Discrimination | June 30
Karen Parkin, executive board member of Adidas AG, responsible for global human resources, has informed Adidas AG’s Supervisory Board that she will step down from the Executive Board and leave the company. The move comes as Adidas has faced criticism from employees who say it fosters a racist and discriminatory workplace. Read more

›NPD Report: Running Regains Its Stride | June 30
Dollar sales in the U.S. performance running rebounded in mid-May and in the week ending June 20 grew by 30 percent year over year, according to The NPD Group. Brooks, Hoka and On Running have all shown double- and triple-digit growth for the past five weekly time periods. Read more

›Fanatics Expands Paris Saint-Germain Deal | June 30
Paris Saint-Germain announced it has partnered with Fanatics on a ten-year e-commerce, manufacturing and licensing deal. The deal is a massive expansion and extension from the previous e-commerce-only arrangement between the two groups. Read more

›Grand Trunk Under New Ownership | June 30
Grand Trunk, the hammock and adventure travel goods business based in Skokie, IL, has been acquired by a team of Utah-based entrepreneurs. Co-founder, Kevin Kaiser will remain with the business moving forward. The new owners include Andy Stroman, founder of the outdoor specialty retailer CampSaver.com, and brothers Bruce and Dale Majors, who previously built and grew Bikewagon.com. Read more

›Survey: A Third Of Supply Chain Leaders Exiting China By 2023 | June 29
A Gartner Inc. survey of 260 global supply chain leaders in February and March 2020 found that 33 percent had moved sourcing and manufacturing activities out of China or plan to do so in the next two to three years. Survey results show that the COVID-19 pandemic is only one of several disruptions that have put global supply chains under pressure. Read more

›Lululemon To Acquire Mirror Fitness System For $500 Million | June 29
Lululemon Athletica Inc. announced that it has entered into a definitive agreement to acquire Mirror,  a home fitness start-up that sells a $1,495 wall-mounted machine for streaming workout classes. The purchase price is $500 million. Read more

›Amazon Gives Front-Line Workers A $500 Coronavirus Bonus | June 29
Amazon is handing over bonuses totaling over $500 million to front-line employees and partners for their efforts during the COVID-19 crisis. Read more

›Outdoor Voices Secures New Funding | June 29
Outdoor Voices, an women’s activewear brand, announced that it has raised a new round of funding from NaHCO3, the investment management platform of fashion and retail entrepreneur Ashley Merrill. In conjunction with this equity investment, Merrill has joined Outdoor Voices’ Board of Directors as chairwoman. Read more