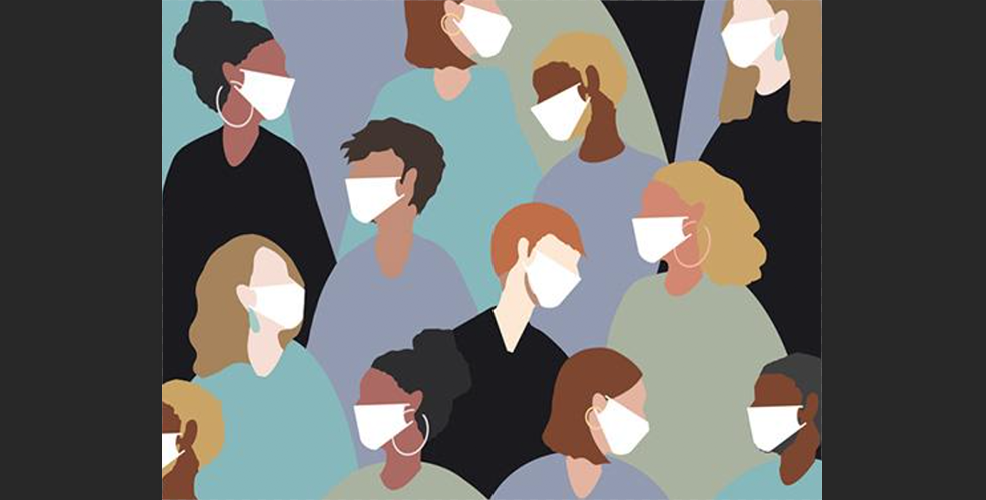 Read the top National stories and the Latest headlines across the Active Lifestyle Market during the week of June 15, 2020 from this week’s SGB Updates — delivered to your inbox every business day.

›Reports: Japan’s Renown May Face Liquidation | June 19
Japan’s Renown Inc., best known for its D’Urban and Arnold Palmer apparel brands, filed for bankruptcy in May and is on the facing liquidation, according to reports. Read more

›Mercury Marine Named Preferred Engine Partner For Sting And Nordkapp Boats | June 19
Mercury Marine, a division of Brunswick Corporation, has entered into an agreement with Frydenbø to become the preferred engine partner of the company’s boat brands Sting and Nordkapp in all global markets. Read more

›NGF Update: 20 Million Spring Rounds Lost To Covid-19 | June 18
The U.S. golf industry lost as many as 20 million rounds of golf in March and April due to course closures and coronavirus-induced anxiety, according to the most recent National Golf Foundation estimates. Read more

›New Balance Makes Juneteenth A Paid Holiday | June 18
New Balance announced plans to close all operations, including owned stores, on Friday in observance of Juneteenth, which takes place on June 19 and commemorates the end of slavery in the United States. Read more

›J.C. Penney Reaches Deal To Resume Nike Shipments | June 18
J.C. Penney Co., which filed for bankruptcy last month, won court approval to free up $30 million in Nike products that the sportswear giant had been holding back in a dispute over allegedly unpaid pre-Chapter 11 bills. Read more

›Opkix Inc. To Acquire The PogoCam Brand | June 18
Opkix Inc., a Costa Mesa, CA.-based maker of tiny cameras and an integrated social content app, announced the acquisition of the PogoCam brand and its associated intellectual property, including its patent portfolio. Read more

›Smith & Wesson’s Q4 Revenues Jump 33 Percent | June 18
Smith & Wesson Brands Inc. reported sales in the fourth quarter ended April 30 were $233.6 million compared with $175.7 million for the fourth quarter last year, an increase of 32.9 percent. The company showed a steep loss in the quarter due to an impairment charge for the Outdoor Products & Accessories segment, which is being spun-off, related to the negative impact of COVID-19 pandemic. Read more

›Target Bumps Starting Minimum Wage to $15/Hour, Adds Frontline Worker Bonus | June 18
Target will permanently raise its starting wage for U.S. employees to $15 per hour, commencing July 5, 2020. The move was announced with a range of updates and extensions to its pay and benefits programs. Read more

›Emerald Releases Preparedness, Prevention And Response Plan | June 18
Emerald Holding, Inc., the parent of Outdoor Retailer, Surf Expo and other trade shows, announced its commitment to providing an elevated standard of health and safety protocols in preparation for the anticipated reopening of the company’s live events. Read more

›Designer Brands Q1 Sales Drop 45 Percent | June 18
Designer Brands Inc., the parent of DSW, reported a loss in the first quarter ended May 2 of $215.9 million that included pre-tax charges totaling $112.3 million covering impairment charges, integration and restructuring expenses and COVID-19 incremental costs. Revenues were down 44.7 percent despite a 25 percent hike in online sales. The Company has reopened approximately 90 percent of its total store base. Read more

›Fox Factory Holding Announces Pricing Of Upsized Common Stock Offering | June 17
Fox Factory Holding Corp. announced that it has priced its previously announced underwritten public offering of 2.4 million shares of the company’s common stock at a public offering price of $76.00 per share for gross proceeds to the company of $182.4 million. Read more

›2020 U.S. Open To Be Held Without Fans | June 17
The 2020 US Open is set to be played at the USTA Billie Jean King National Tennis Center in Flushing Meadows, NY on its originally scheduled dates of August 31 to September 13 although no fans will be on-site. Read more

›Rollerblade Seeing Sales Soar Amid Pandemic | June 17
Rollerblade said sales have increased more than 300 percent since the beginning of March as the COVID-19 pandemic was emerging. In May, the brand experienced its largest shipping month in the past 20 years in the U.S. market. Read more

›24 Hour Fitness Receives Court Approval Of $250 Million In Financing | June 17
24 Hour Fitness has received approvals from the U.S. Bankruptcy Court for the District of Delaware for the First Day motions related to the Company’s voluntary Chapter 11 filing on June 15, 2020. The approved motions will support the Company’s continued business operations while it implements the financial restructuring process. Read more

›Apex Global Brands Shrinks Q1 Loss | June 16
Apex Global Brands, the parent of Hi-Tec, Cherokee and Tony Hawk,  narrowed its loss in the first quarter despite a revenue decline due to the non-renewal of certain license agreements along with the impacts of COVID-19. The company received an extension of its forbearance agreement with its lenders, including a suspension of interest and principal payments. (Read More)

›Wigwam Mills Sued By Terminated CEO | June 16
Wigwam Mills Inc. has been sued by its former CEO for issues stemming from his April termination from the company. Read more

›Fitbit Introduces Ready For Work Solutions | June 16
Fitbit announced a new Ready for Work solution to help employers with the challenge of returning to the workplace during the COVID-19 pandemic. Fitbit’s Ready for Work solution gives employees access to key health metrics from their Fitbit device along with exposure, symptom and temperature logging, all within a Daily Check-In feature that provides employees with guidance on whether to go into the workplace. Read more

›May Retail Sales Improve Dramatically Over April, Still Below Last Year | June 16
Retail sales rose dramatically in May as retailers and other businesses closed by the coronavirus pandemic began to reopen, but remained well below spending levels seen during the same period a year ago, the National Retail Federation said. Read more

›Winchester Awarded U.S. Department Of Defense Contract | June 16
Winchester Ammunition has recently been selected for a $38 million contract, this time by the U.S. Department of Defense (DOD). The selected 9mm frangible ammunition will be used for close-quarter battle (CQB) combat and indoor/outdoor CQB training. Read more

›Snap Partners With Headspace | June 15
Snap Inc., the parent of Snapchat, announced a series of new features designed to educate and empower members of the Snapchat community to support friends who might be struggling with their social and emotional wellbeing. This effort includes a new partnership with Headspace, maker of the meditation and mindfulness app, on new tools and premium content. Read more

›Pent-Up Demand Drives Record Booking Pace At Southeast Destinations | June 15
After three months of minimal activity, lodging properties around the Southeast region are rebounding as destination visitors set a record for summer bookings during the month of May, according to a monthly briefing from DestiMetrics, a division of Inntopia. Read more

›Oofos Partners With Pro Football Hall Of Famer Deion Sanders | June 15
“These are the most comfortable slides I’ve ever worn in my life. This is coming from a dude who is 52, has had three toe surgeries and is in need of a fourth. These shoes changed the game for me!” -Deion Sanders  Read more

›24 Hour Fitness Files For Bankruptcy | June 15
24 Hour Fitness has filed for bankruptcy after the COVID-19 pandemic forced its facilities to shut for months. The chain has permanently closed 100 U.S. locations in 14 states with roughly 300 clubs remaining. Read more

›HitTrax Announces $20,000 HitTrax Open For MiLB, Softball And Olympic Players | June 15
InMotion Systems, LLC, developer of the HitTrax Data Capture & Simulation System, announced that it will utilize its gaming platform to host the first HitTrax Open to be held on the weekends of July 18 and 25. Marucci Sports and Lizard Skins will co-sponsor the event. Read more

›New Campaign Touts Fishing And Boating For Pandemic Stress Relief | June 15
As COVID-19 continues to wear on Americans’ mental health, Take Me Fishing and Discover Boating are launching a new public service campaign called Get On Board to raise awareness about the wellness benefits of fishing and boating. Read more

›Decathlon Opens Dublin Flagship | June 15
Decathlon opened a flagship location in Dublin, marking its first location in the Republic of Ireland. Over the next few years, the French sports retailer expects to open nine outlets in Ireland. It already has stores in Northern Ireland. Read more

›Nike’s Phil Knight To Receive Honorary Doctorate From Oregon | June 15
Phil Knight, who graduated from The University of Oregon with a bachelor’s degree in 1959, will be given an honorary doctorate degree from his alma mater at a virtual ceremony on June 20. Read more 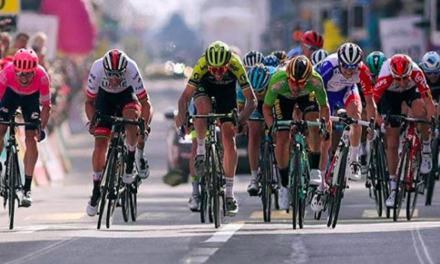 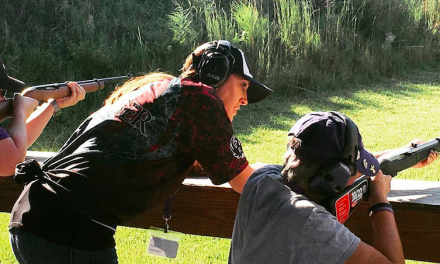 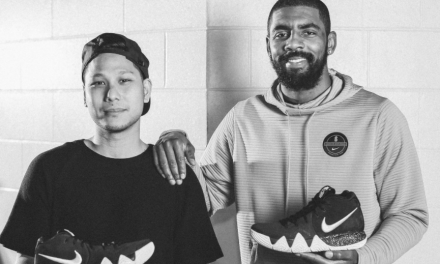