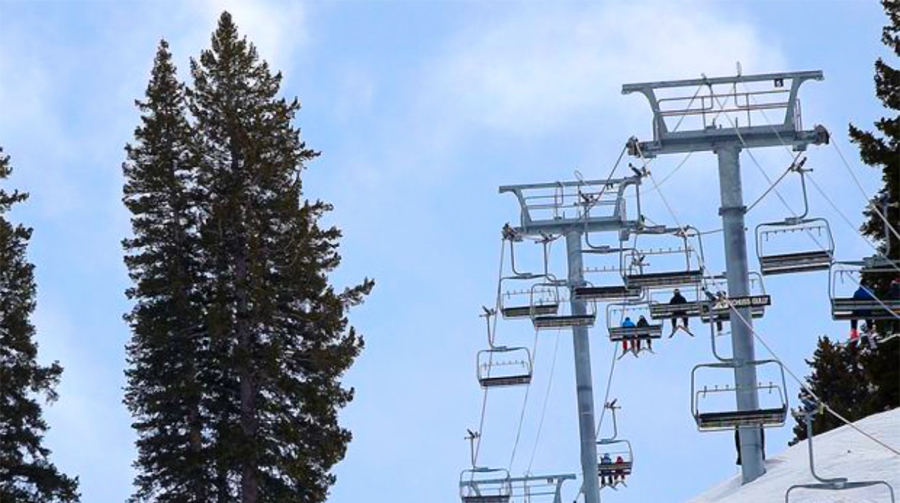 Skier visit numbers to U.S. ski destinations totaled 51.1 million for the 2019/20 ski season, down almost 14 percent over the 2018/19 season according to a report from The National Ski Areas Association (NSAA). A skier visit is counted every time a skiing or snowboarding guest visits a ski area or resort.

The majority of the 470 U.S. ski areas closed in mid-March due to COVID-19, eliminated the critical spring break visitation period. Had the season continued along its track prior to the outbreak, the 2019/20 season would have been the fourth-best on record since the 1978/79 season when NSAA began surveying visitation numbers.

“To have two years in a row potentially ranked in the top five seasons ever shows the strength of the industry,” said Kelly Pawlak, NSAA president and CEO, referring to the 2018/19 season and the truncated 2019/20 season. “That being said, it is astounding how quickly this season went from promising to a complete disappointment.”

Pawlak pointed out the industry’s resiliency when it comes to recovery in the face of COVID-19. “Ski areas got to work immediately making plans to bring back staff and guests,” she said. “We will rebound but the transition is packing a serious punch, requiring bold thinking and adaptation to new protocols while still delivering the same excellent guest experience,” she continued.

Additional data shows that the average U.S. ski area was open for 99 days this past season, down from 121 days in the 2018/19 season. Forced closures greatly impacted the Western region of the U.S. as many Midwest and Southeast ski areas were close to, or had reached their planned closing days; however, skier visits were down across all six geographic regions of the country.

The spring break period generally accounts for 20 percent of a ski area’s visitation and revenue and is surpassed only by the Christmas holiday period. NSAA estimates that COVID-19 cost the U.S. ski industry at least $2 billion with estimates reaching as high as $5 billion with the 2020/21 downturn included. This figure was derived from NSAA’s historical revenue and visitation data.

It is difficult to interpret how snowfall could have affected visitation this season as many ski areas did not track accumulation after closing in March. The average U.S. ski area counted 149 inches of snow this season, down from an average of 210 inches last season. March and April are generally two of the snowiest months of the year, especially in the West.

“Imagine running a resort in the Sierras where it started to snow on the day they closed and kept on snowing, amounting to over seven feet in some areas,” said Pawlak. “The timing of the snowfall and the closures were unfortunate not only for our ski areas but for skiers and riders across the country.”

NSAA conducts annual surveys of its members to analyze the position of the ski industry. The 2019/20 skier visit numbers release was delayed this year to allow time for ski area employees to return to work and compile the data. This year, two of NSAA’s flagship reports, the Kottke End-of-Season Survey and the Demographic Study, are being combined to allow for a greater comprehensive understanding of the state of the ski industry.

The full Kottke/Demographic report will be released to NSAA members in mid-July.