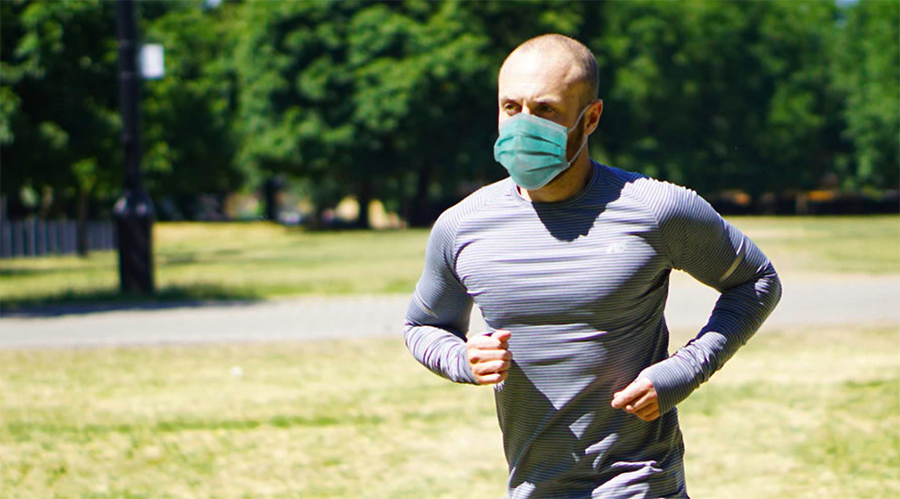 Top National Stories and the Latest Headlines from SGB Updates
across the Active Lifestyle Market during the week of April 6, 2020.

»Less than Half Of U.S. Golf Courses Remain Open | April 10
As of the end of last week, 44 percent of the nation’s golf courses were still allowing play, down slightly from the previous week, according to research from the National Golf Foundation (NGF). Read more

»NFL To Raise Funds For COVID-19 Relief Efforts | April 9
The NFL announced that the 2020 NFL Draft will serve as a three-day virtual fundraiser benefiting six charities — selected by the NFL Foundation — that are battling the spread of COVID-19 and delivering relief to millions in need. Read more

»New Balance Undergoes Furloughs | April 9
New Balance has decided to furlough a “portion” of its retail, factory and office workers because of the coronavirus pandemic. The decision will not impact factory workers in Lawrence, MA and Norridgewock, ME who are producing general use face masks for first responders. Read more

»Canada Goose Bringing Back Up To 900 Workers To Make Medical Gear | April 9
Canada Goose Holdings Inc., based in Toronto, announced its plans to ramp up domestic production of personal protective equipment (PPE) for frontline healthcare workers across Canada. Over the next two weeks, the company will begin to reopen all of its eight Canadian facilities, and at full capacity. As many as 900 employees will be working to support the efforts. Read more

»Nordstrom Warns Coronavirus May Lead to “Distressed” Financial Condition | April 9
Nordstrom Inc., in a regulatory filing, said the spread of COVID-19 has had a “substantial impact” on its business and results for the first quarter “and beyond will be adversely impacted in a significant manner.” Read more

»Bass Pro Reduces Pay For Executives And Store Managers | April 9
Bass Pro’s senior leadership is taking a 20 percent cut in pay as part of a move to absorb the coronavirus fallout, according to a company memo attained by Forbes. Pay for store managers, distribution center managers and other salaried employees will be reduced by 7 to 15 percent. Read more

»Stay Home, Play At Home, Nike Gives All Athletes The Digital Resources To Stay Active Indoors | April 9
Supporting the shift to stay home amidst the coronavirus, Nike is giving all athletes the digital resources they need to stay active indoors with free tools that span a range of digital content and platforms. Read more

»REI Postpones Billings Opening | April 9
REI Co-op’s planned opening of a store in Billings, MT, in spring 2020 has been postponed due to the ongoing pandemic. Read more

»Badger Sport Donates Over $14,000 To First Responders | April 8
Founder Sport Group, the parent of Badger Sport, Alleson Athletic, Garb Athletics and ProSphere, announced that initial sales of its Badger Performance Activity Masks have now generated over $14,000 in net proceeds, all of which is being donated to the All Clear Foundation a 501c3 organization dedicated to improving the life expectancy and wellbeing of all First Responders. Read more

»Nautilus’ First-Quarter Results Exceed Guidance | April 8
Nautilus Inc. reported first-quarter sales rose 11 percent and earnings exceeded expectations, although it said it will no longer be providing guidance for the year as the “longer-term impacts of COVID-19 are highly uncertain and cannot be predicted with confidence.” Read more

»Puma Reopens First Location In Wuhan, China | April 8
Puma has re-opened its store in Wuhan, China, the city where the coronavirus was first reported. The company plans to re-open its five other stores in the greater Wuhan region by mid-April. Read more

»Hylete Raises $12 Million In Equity Funding | April 7
Hylete, Inc., the fitness lifestyle brand based in Solana Beach, CA, announced a $12 million equity raise under a Regulation A Tier 2 offering. Hylete was founded in 2012 as a direct-to-consumer brand and had 2019 net revenues of over $12.5 million. Read more

»NBA Doesn’t See Decision On League Resumption Until At Least May | April 7
NBA Commissioner Adam Silver said Monday night that the decision on whether the league can resume won’t happen until May 1 at the earliest. Read more

»TJX To Furlough Most Stores, Distribution Center Employees | April 7
The TJX Cos. said it will be implementing temporary furloughs after April 11 for the majority of store and distribution center associates in the U.S. after announcing plans to continue its store closures in response to the pandemic. Its top executives have agreed to salary reductions. Read more

»Life Time Launches Family-Focused On-Demand Classes | April 7
Life Time announced it has launched four family-focused classes to help keep families healthy and active together at home. The addition adds to Life Time’s on-demand fitness classes, which launched within a week of the clubs nationwide closings on March 17, getting up to 50,000 streams daily. Read more

»The Basketball Embassy Partners With Ballogy On Virtual Player Development | April 7
Ballogy Inc., which helps youth and amateur athletes prepare for their sports, announced that it is teaming up with The Basketball Embassy (TBE), the resource for coach and player training development worldwide, to offer virtual camps and competitions from remote locations. Read more

»Planet Fitness Changes Annual Meeting To Virtual-Only Format | April 7
Planet Fitness Inc. announced that, due to the public health and safety concerns related to the COVID-19 pandemic, the company will change its 2020 annual meeting of shareholders to a virtual-only format. Read more

»Big Gear Show Issues Statement On Inaugural Event | April 7
The Big Gear Show will go on this summer in Salt Lake City, UT. At least, that’s the plan for now based on an email the show’s organizers sent Tuesday afternoon. Read more

»Report: MLB Potentially Playing All Games In Arizona | April 7
According to the Associated Press, Major League Baseball and the MLB Players Association have been discussing the idea of playing the 2020 season entirely in Arizona. Read more

»Macy’s Announces CFO Exit | April 7
Macy’s Inc. announced that Paula Price, executive vice president and chief financial officer, has made the decision to leave the company as of May 31, 2020. Read more

»VF Announces Action Plan In Response To COVID-19 | April 7
VF Corp. said it will reduce the salaries of its executive team over the next four months, keep its stores closed in North America and EMEA until May 3 and has drawn the remaining $1 billion under its revolving credit facility in response to the coronavirus outbreak. Read more

»REI To Furlough Most Retail Employees For 90 Days | April 6
REI Co-op said it will furlough most retail and field employees for 90 days beginning April 15 as the company’s store remain closed due to the coronavirus. Read more

»Report: Dick’s Moves To Reduce Or Stop Paying Rent | April 6
Dick’s Sporting Goods is sending letters to landlords indicating that it will reduce, or outright not pay, rent due to the “unprecedented situation” created by the COVID-19 pandemic. Read more

»Peloton Cancels Live Classes After Employee Tests Positive For COVID-19 | April 6
Peloton Interactive Inc. said it would pause live production of its exercise videos at its New York and London studios through April 30 amid the outbreak of the coronavirus, according to Reuters. Read more

»The North Face Commits $1 Million In Grants To COVID-19 Recovery Efforts | April 6
The North Face announced it will join in the fight against the COVID-19 pandemic with the donation of $1 million in grants through its social advocacy platform, The Explore Fund, as well as the donation of 60,000 gloves to U.S. healthcare professionals and first responders. Read more

»Authentic Brands’ Debt Ratings Downgraded | April 6
Authentic Brands, which owns a portfolio of over 50 brands that include Spyder, Tretorn, Tapout, Prince and Volcom, had its debt rating downgraded and outlook reduced by Moody’s Investors Service due to disruptions caused by the coronavirus. Read more

»BSN Sports Steps-Up To Help Coaches And Athletic Directors | April 6
BSN Sports, a division of Varsity Brands, announced a series of initiatives to allow coaches and athletic directors across the country to remain connected to and engaged with their teams during the coronavirus outbreak and resulting school closures. The digital offerings are being offered free of charge. Read more

»Nike Announces Additional Round Of COVID-19 Donations | April 6
Nike Inc. will provide an additional $1.6 million to help local organizations meet immediate needs, such as food assistance and medical care, in key cities and communities around the world where its employees live and work. Read more

»Acushnet Withdraws Guidance Due To Coronavirus Disruption | April 6
Acushnet Holdings Corp., the parent of Titleist, FootJoy and KJUS, said in a regulatory statement it has withdrawn its guidance for 2020 and increased borrowings under its credit facility due to the “unprecedented uncertainty” caused by the coronavirus pandemic. Read more