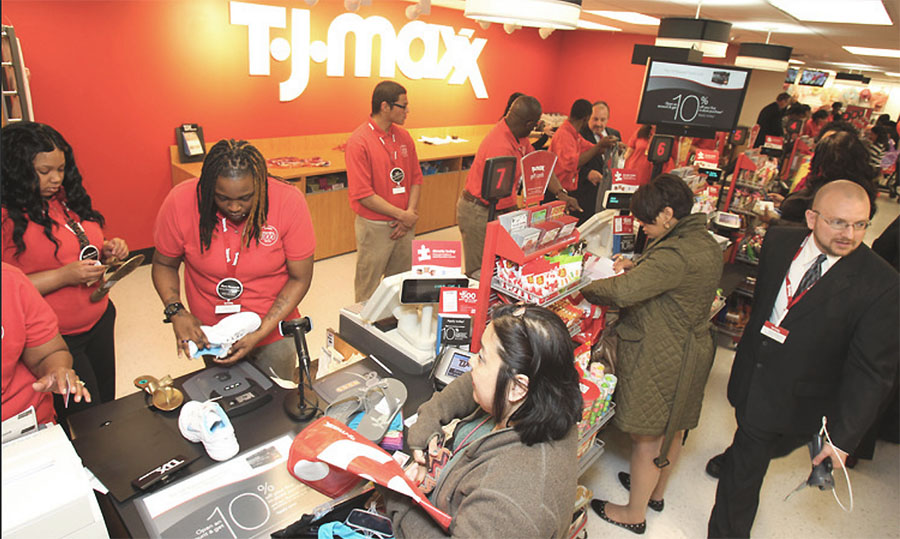 The TJX Cos. said it will be implementing temporary furloughs after April 11 for the majority of store and distribution center associates in the U.S. after announcing plans to continue its store closures in response to the pandemic. Its top executives have agreed to salary reductions.

The move to temporary furloughs comes after the company previously announced that all of its stores would be closed for at least two weeks, effective March 19 and that it had temporarily closed its online businesses, its distribution centers and its offices with associates working remotely where possible. The company said it continues to monitor developments, including government requirements and recommendations at the federal, state and local levels and has extended such closures. The company expects the cadence of re-openings to vary by state and locality in the U.S. and by country. TJX has committed to pay its associates until the week ending April 11.

Any associates who are eligible after that date will receive employee benefits during the temporary furlough at no cost to impacted associates. The company is taking comparable actions with respect to portions of its non-U.S. workforce and continues to evaluate a variety of additional measures.

The off-pricer also noted that its Executive Compensation Committee (ECC) of its Board of Directors approved on
April 1, and the executive officers of the company agreed to, certain base salary adjustments for the period beginning on April 12, 2020, and ending on July 4, 2020, as follows:

TJX said it is working to prepare for re-opening as soon as the company believes it can operate safely in the communities it serves. TJX said in a regulatory filing, “As the COVID-19 pandemic is complex and rapidly evolving, the company’s plans as described above may change. At this point, TJX cannot reasonably estimate the duration and severity of this pandemic. The temporary closure of the company’s stores and distribution centers is expected to have an adverse impact on its results of operations, financial position and liquidity.”