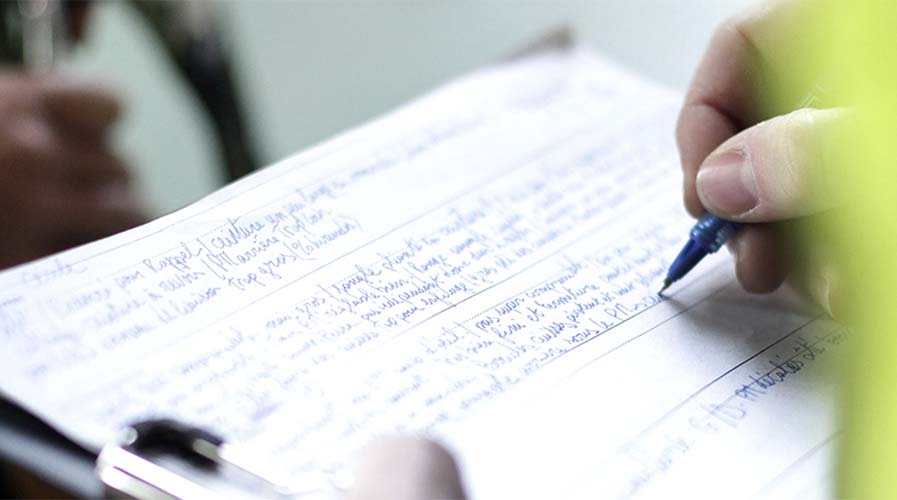 As the country enters the next stage of the coronavirus—states lifting stay-at-home orders, retailers reopening doors and business slowly resuming across the active lifestyle market—some outdoor and sporting goods brands are better positioned than others.

Every business in the U.S. is being impacted by COVID-19 in some manner, of course, from supply chain snags to channel partners being closed to plummeting confidence to a diminishing demand environment. But a handful of them adeptly weathered this crisis for a variety of reasons.

Some had easier access to liquidity. Some were built on a strong direct model. Some operated in high-demand categories. And some implemented a combination of responses to help them withstand the worst economic slowdown since the Great Depression.

Count Petzl among those companies that emerged as one of the “winners” of the current crisis.

Tom Adams, COO of Salt Lake City, UT-based Petzl America, spoke with SGB Executive recently about the company’s pandemic playbook that it scripted back in early 2020 when the coronavirus threat appeared.

“We created a workplace readiness document in January, asking ourselves, ‘If this thing really comes here, how are we going to react as a company?’” Adams said. “The first part was mitigating risk to our staff. The second was inventory. Our supply chain team started requesting more shipments, recognizing there was going to be some slowdown or some shutdowns. Because of that, we’ve had virtually zero interruption when it comes to shipments.”

That preparation, including an early work-from-home mandate, was critical, but Petzl also had a couple of built-in advantages as the crisis escalated.

The company manufactures in France (where its global headquarters is located) and Malaysia, meaning it didn’t have the same supply chain challenges as brands that produce in China.

And a unique product mix worked to its benefit. While the brand is world-renowned among outdoor enthusiasts for its headlamps and climbing equipment, Petzl has another business segment that equips workers who were deemed “essential” during this pandemic.

“Although everybody knows us for our headlamps and our rock climbing products, a lot of that technology bled over into the other half of our business, which is our ‘work at height’ business,” Adams said. “So people that are working on the critical infrastructure sectors—which include cell tower workers, wind turbine workers and first responders in medical fields like search-and-rescue—are also using our products.

Throughout March, sales demand was strong for Petzl—in both its outdoor and work-at-height (or professional) divisions—but April slowed as retail partners shuttered their brick & mortar locations to prevent the spread of the virus.

One way the company dealt with the new reality was to pivot to making masks for front-line medical workers. In early April, Petzl joined fellow Utah companies DPS Skis, Goal Zero and Eastman Machine Co. to manufacture medical-grade reusable polycarbonate face shields for the Utah Department of Health. Adams said that move gave the company another important purpose during this difficult time.

“We are proud to be partnering with DPS and Goal Zero to be making medical face masks,” he said. “We’re thrilled to be providing a comfortable headband for a cool project. It’s cool to think outside the box and help the greater community.”

Now Petzl is preparing for what the company believes will be a resurgence in outdoor activities, bringing a boost to sales as more people look to hiking, running and cycling once parks and trails are all reopened.

“I think you’re going to start to see more people doing things with their families,” Adams said. “Already, retailers have reached out to us and said they’ve seen a spike in those sports.”

And the company will be ready to meet that demand.

To catch you up since our last Coronavirus Notebook in April, here is a rundown of all the business topics we’ve covered with some additional color around each.

Could M&A Be Frozen?
Mergers and acquisition activity has mostly dried up in recent months, as evidenced by the dearth of deals in the active lifestyle space. Look no further than our March M&A Roundup and April M&A Roundup for evidence of the slowdown.

Sure, some transactions have gone through, primarily those that were near the finish line, including Exxel Outdoors acquiring Compass 360, Compass Diversified Holdings acquiring Marucci Sports LLC and Sportsman’s Warehouse acquiring two Field & Stream stores.

But at least one company announced it had pulled the plug on a deal. Clarus Corp. cited the uncertainty surrounding COVID-19 as the primary reason it terminated its previously announced agreement to acquire protective case maker S.K.B. Corp.

Now, all M&A activity is under threat of being temporarily frozen. Sen. Elizabeth Warren, D-Mass., and Rep. Alexandria Ocasio-Cortez, D-N.Y., have proposed pausing many deals during this crisis.

The pair recently introduced the Pandemic Anti-Monopoly Act, which imposes a “moratorium on risky mergers and acquisitions until the Federal Trade Commission (FTC) determines that small businesses, workers, and consumers are no longer under severe financial distress,” according to a description on Warren’s website.

The moratorium would include all mergers and acquisitions that involve:

The plan, which would be unlikely to get out of the Senate, expands on an M&A moratorium proposed by Rep. David Cicilline, D-R.I. And according to the New York Times, “It’s the latest shot across the bow of the deal industry, particularly private equity.”

Makan Delrahim, the top antitrust official at the Justice Department, told CNBC on Wednesday he believes a pandemic moratorium on big corporate mergers would be “misguided.” He told the network during a “Squawk Box” interview: “We haven’t seen the legislative language, so we can’t have any official position on it. However, I think it would be misguided to just block all attempts for transactions.”

As Delrahim pointed out, M&A could be necessary for some companies to remain viable and gain much-need access to liquidity through the addition of a strategic buyer or financial backer.

More Industry Leaders Share Coronavirus Recovery Plans
In the last few weeks, SGB Executive has continued our ongoing series of interviews with industry leaders exploring how businesses are coping with the coronavirus.

CamelBak President Greg Williamson provided an update on product demand, ways that the company supporting front-line medical workers and the brand’s hope for a renewed emphasis on outdoor activities once the outbreak has ended.

TRX founder Randy Hetrick talked about how COVID-19 is elevating the opportunity in home fitness, the potential shakeout in fitness and what he believes will be some personal growth opportunities created by the crisis.

Stephen Kerns, president, Schoeller North America, spoke about the many ways the crisis has impacted Schoeller, heightened demand for functional fabrics, and what he hopes will be post-coronavirus benefits to healthy lifestyles, the environment and the family.

And Superfeet President and CEO John Rauvola discussed how the coronavirus has impacted the company, why the brand was called to help and its ongoing recovery plan.

Our Recent Coverage (ICYMI)
Some of our top stories over the last few weeks include how a look at the impact of COVID-19 on golf. While the sport is faring better than many other sports in the age of coronavirus, pain points have emerged across the industry.

Another winner during this craziness—face protection brands. The neck tube, which is primarily used in a variety of outdoor pursuits to protect wearers from the elements, has become the hottest category this side of a six-foot social distance.

This week, we looked at the brands that have launched programs to support independent specialty stores across the cycling, outdoor and run space amid the coronavirus pandemic. Many steer sales or customers to stores while a few are helping with outreach efforts to those sheltering at home.

Recently, we also examined how run specialty stores are plotting their recovery and how fitness clubs plan to reopen.

SGB Executive wants to hear from you. Drop us an email at editor@sgbonline.com to suggest an active-lifestyle executive to interview or a story angle related to the coronavirus, or to let us know how things are going for your brand or retail store during this unprecedented time.