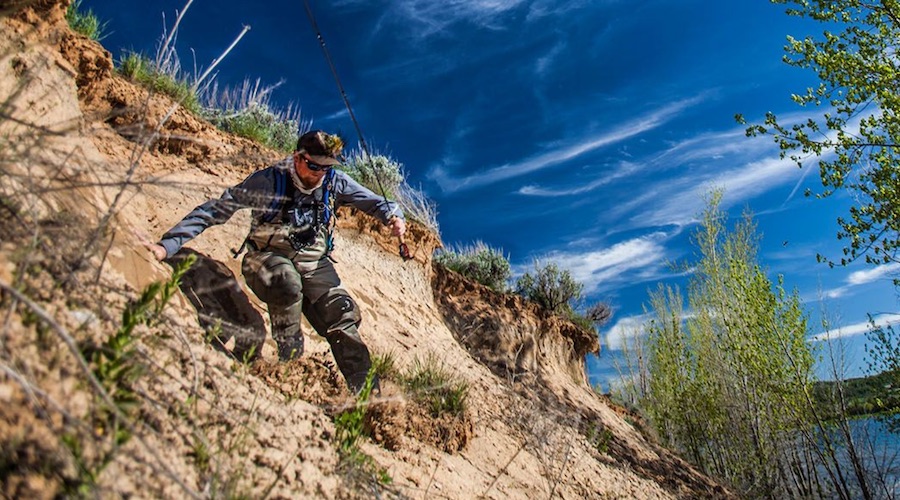 Exxel Outdoors was on its way to closing the acquisition of outdoor apparel and gear brand Compass 360 when the world as we know it came to a grinding halt.

Harry Kazazian, chairman and CEO of Broomfield, CO-based Exxel, told SGB Executive in an exclusive interview that as he and his team weighed the pros and cons of consummating the agreement with the Huntsville, AL, brand, they asked themselves one simple question: Should they move forward or back out?

At first glance, calling off the deal made the most sense. On a macro level, the last month has seen retailers shutter doors, stay-at-home orders issued around the country and consumer confidence plummet amid surging layoffs and furloughs. Exxel also learned that one of Compass 360’s largest customers, Dick’s Sporting Goods, had to cancel orders with the brand.

Exxel considered renegotiating the deal to get more favorable terms, or perhaps tabling the deal and coming back in three or four months once the coronavirus crisis had passed. Kazazian declined both options. “Either we’re doing it or we’re not,” he said at the time.

Ultimately, the decision to plow ahead came down to Kazazian fully understanding he needed to keep his word.

“This was about honoring our commitment,” he said. “We had made a deal.”

Exxel is privately held and didn’t disclose financial terms of the acquisition, but Kazazian and his team believe adding Compass 360 will be financially and strategically advantageous.

While spending money to grow a business might seem antithetical during the now-shrinking economy, there was no buyer’s remorse, Kazazian added. The company is too bullish on Compass 360 as an asset that can bolster Exxel’s portfolio thanks to its product line of wade-wear, outerwear, rainwear and camo-wear for fishing, hunting, camping and general outdoor adventures.

After all, a sluggish economy is temporary. This was a long-term category play for Exxel.

“We realized we can deal with a couple of months of pain,” Kazazian said. “The big picture didn’t change. It made our process more difficult, but we knew we weren’t going to be in lockdown forever. Whether it’s a month or two months, things are eventually going to come back. I’ve never done a deal in my life based on what’s best for a month or two.”

Kazazian said that Exxel Outdoors was “underrepresented” in fishing waders, making Compass 360 a good product fit. And the company is hopeful that the coronavirus pandemic, as devastating as it is to the U.S. economy—including the outdoor categories in which Exxel operates—will eventually provide some opportunities for its brands as the country slowly reopens.

“I actually believe outdoors is going to be one of the few bright spots after this pandemic,” Kazazian said. “And I  believe their fishing waders nicely complement our hunting categories.”

That outlook is what sent Exxel in search of a fishing and hunting asset more than a year ago. Kazazian had called a friend to inquire about a different outdoor apparel and gear company (one he declined to name) when this contact steered him toward Compass 360.

Kazazian began discussing a potential deal with Compass 360’s owner, Paul Marks, but, as is often the case with M&A, it took a while before talks began to truly heat up. A few months after the initial conversation, the concept became more serious. And the pitch was a simple one, Kazazian said.

“I made him realize that Compass 360 is at an inflection point, which every business goes through,” he said. “You’ve either got to invest a lot more to grow or you got to call it a day. Every business owner has a point where they’ve got to make a big decision—are you going to take your company to the next level? If you do, that takes another level of investment. In the end, he felt like the company would be much better served under our platform than what he was doing. We all came to an agreement.”

Compass 360 gives Exxel new product lines to sell into each channel, from big-box to specialty to direct. And Exxel is determined to bring scale to Compass 360 by investing in production, distribution and marketing, while its back-office synergies will streamline the brand’s business operations.

“All of us at Compass 360 could think of no better organization than Exxel Outdoors to continue to grow our brand for years to come,” said Marks, whom Kazazian has invited to join the Exxel board. “Becoming a part of Exxel provides outstanding opportunities, allowing Compass to tap into their wider market reach and shared business resources, allowing us to develop more innovative gear options and faster service to our customers.”

Exxel plans to fold Compass 360 into its hunt/fish/camo business unit along with SJK and Slumberjack to complement the company’s current brand offerings. The addition will bolster Exxel’s presence as its new headquarters its Broomfield, CO, and its distribution center in Reno, NV.

Coincidentally, Exxel had just moved into its new home when Colorado’s stay-at-home order forced the company’s employees to work remotely. Kazazian said Exxel had to lay off eight employees due to this crisis, about 4 percent of the company’s overall workforce, due to the coronavirus crisis. The company isn’t planning additional layoffs thanks to the assistance of the SBA Paycheck Protection Program.

The company also enacted “temporary, 20 percent payroll cuts to all salaried employees who make $50K and above per year,” which was primarily salaried management and executive positions, including Kazazian himself. Exxel also reduced the work week to four days for Broomfield employees and others who received the pay cut.

Exxel, whose last acquisition occurred in 2018 with backpack and accessories brand Hex, feels emboldened by its ability to pull off a deal amid the largest economic slowdown in the modern era and maintains a healthy appetite for M&A. Kazazian said another deal had been in progress, and though it wasn’t far enough along to move across the finish line, he expects talks to resume soon.

Editor’s note: Exxel Outdoors CEO Harry Kazazian has since clarified his statement—which appeared in the original version of this article—that the company didn’t furlough or lay off any employees. SGB Executive has updated the information to reflect the separation of eight Exxel employees due to the coronavirus crisis.