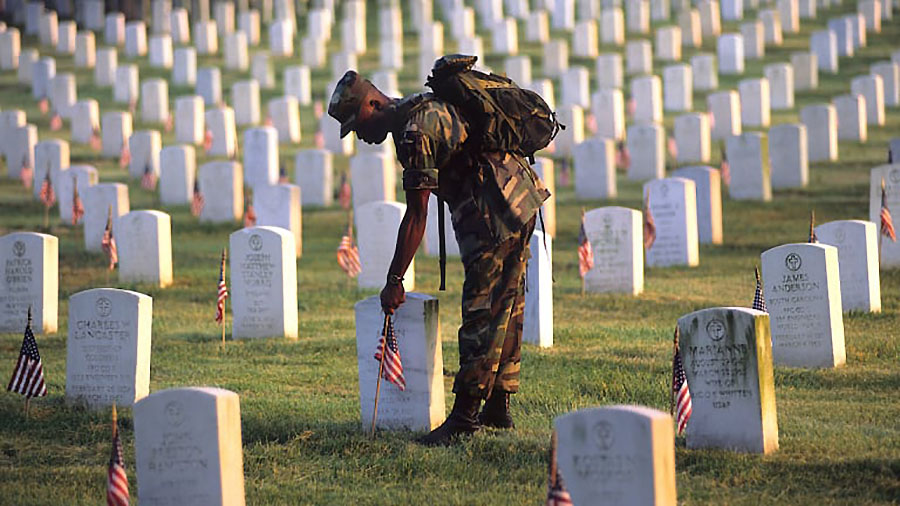 The Top National stories and the Latest headlines across the Active Lifestyle Market for the week of May 24, 2021 covered in the SGB Updates and delivered to your inbox every business day.

This Memorial Day weekend, the unofficial start to the summer season, SGB Media would like to thank all the men and women who have died while serving in our U.S. military.

»Johnson Outdoors Welcomes Two Board Members
Johnson Outdoors Inc. announced the appointment of Annie Zipfel and Paul Alexander as independent directors to the company’s Board of Directors. Read more

»RECALL: Trek Bicycle Pedals
Trek is recalling 345,150 pairs of Bontrager Satellite City bicycle pedals because they could fall off the crank arm of the bicycle if installed incorrectly by the retailer during assembly. Read more

»TJX Cos. Reinstates Share Repurchase Program
The TJX Cos. Inc. announced that its Board of Directors has reinstated its share repurchase program. TJX also announced the declaration of a quarterly dividend on its common stock of 26 cents per share. Read more

»Sports Memorabilia Platform Collectable Announces Additional $5.5 Million In Funding
Collectable, a sports memorabilia investment platform, announced it is raising an additional $5.5 million as part of a Series A funding round, led by Amplo, Bain Capital Ventures and Fifth Down Capital. Read more

»Shaquille O’Neal Invests In At-Home Fitness Startup Maxpro
Maxpro, a Detroit-based home-fitness startup, announced a strategic partnership with basketball Hall of Famer Shaquille O’Neal, who has invested in the company to reinforce its mission to help individuals of all fitness levels achieve their goals. Read more

»Under Armour Enters Into Exchange Agreements With Noteholders
Under Armour Inc. announced that it has entered into exchange agreements with certain holders of its 1.50 percent Convertible Senior Notes due 2024. Read more

»Cascade Designs Expands Sales And IT Departments
Cascade Designs, the parent company of MSR, Therm-a-Rest, Platypus, SealLine, PackTowl and Varilite, announced three new hires in its sales and IT departments. Tim Lau will join the company as international sales manager for Canada and APAC, Jenni Schmidt will work as senior sales & operations manager and Mirza Beg will serve as IT director. Read more

»REI Launches Content And Entertainment Arm
REI announced the launch of Co-op Studios, the retailer’s in-house content arm. Across films, podcasts and editorial programs, the studio develops and produces content that explores the power of time spent outside, while complementing the brand’s broader commitments. Read more

»Designer Brands Returns To Profitability
Designer Brands Inc., the parent of DSW, returned to profitability for the first time since the onset of COVID-19. Sales improved 45.6 percent against pandemic-depressed year-ago levels and the gross margin rate improved over the rate from the first quarter of 2019. Athleisure comparable sales in the U.S. Retail segment, or DSW, were up 92 percent in the first quarter year-over-year. Read more

»Mystery Ranch Partners With Sea To Summit To Expand Reach Into Australia
Mystery Ranch announced it has partnered with Sea to Summit to be its distributor in Australia. With new partnerships across Europe, Asia and the Middle East, the company is expanding its reach into the South Pacific. Read more

»TeamSnap Announces SportSavvy Customers Will Migrate To TeamSnap Platform
TeamSnap announced that SportSavvy, a league management system based in Canada, is migrating its customers to the TeamSnap platform. Read more

»Father’s Day Spending To Hit $20.1 Billion, According To NRF
U.S. consumers are expected to spend more than $20.1 billion on gifts and other items for Father’s Day this year, a record high, according to the National Retail Federation’s (NRF) annual survey conducted by Prosper Insight & Analytics. Total spending for the holiday will surpass last year’s record figure of $17 billion. Read more

»Stifel Launches Sustainable Lifestyle Brand Index
A new Stifel survey shows consumers believe it’s important for companies to act sustainably and most are willing to pay a premium for brands that demonstrate ethical business practices, environmental care, and social responsibility. Based on this insight, Stifel is also introducing its Sustainable Lifestyle Brands Index, which ranks brands based on consumer perception of corporate sustainability practices. Read more

»Hibbett Appoints Board Member
Hibbett Sports Inc. announced the appointment of Linda Hubbard to the company’s Board of Directors. She is president and chief operating officer of Carhartt. Read more

»Dick’s SG Lifts FY Outlook On Blowout First Quarter
Dick’s Sporting Goods raised its full-year guidance after reporting sales and earnings for the first quarter ended May 1 came in well ahead of Wall Street’s consensus targets. Consolidated same-store sales for 2021 are now projected to expand in the range of 8.0 percent to 11.0 percent. Read more

»Nordstrom’s Q1 Shows Sequential Improvement In Sales Trends
Nordstrom Inc. reported a loss in the first quarter, as expected while showing continued strength in online sales. The retailer said sequential improvement in sales trends of more than 700 basis points relative to the fourth quarter, but overall sales were down 13 percent versus the 2019 first quarter. Read more

»CBP And Nike Inc. Partner To Fight Counterfeits
The U.S. Customs and Border Protection (CBP) announced a new formal partnership arrangement with Nike Inc. as part of the Donations Acceptance Program. Under its partnership with CBP, Nike Inc. is donating proprietary technology to aid in authenticating a variety of Nike Inc. merchandise and prevent counterfeit products from entering the U.S. Read more

»REI To Open First Store In Maine
REI Co-op is opening its first location in Maine in the Greater Portland area in Fall 2021. Read more

»Golf Rounds Played Surge In April
Golf rounds played in the U.S. jumped 81.4 percent for the month of April, according to Golf Datatech. For the year-to-date period, rounds are ahead 43.8 percent. Read more

»Study Finds 28 Percent Of Runners Started During The Pandemic
A study from RunRepeat found that 28.76 percent of runners started with the activity during the pandemic. Read more

»Mad Engine To Merge With Fifth Sun
Platinum Equity announced that it has signed a definitive agreement to acquire a controlling interest in Fifth Sun from its founder And Gonzales. The acquisition is made through the Platinum Equity portfolio company Mad Engine. Read more

»Genesco Appoints Three New Independent Directors, Rejects Activist’s Slate
Genesco Inc. appointed three retail industry veterans, including Angel Martinez, the former CEO of Deckers Brands, to its Board, but none of the candidates nominated by an activist investor seeking to take control of the board. The other two new board members are Mary Meixelsperger, CFO, Valvoline and former CFO of DSW and Greg Sandfort, former CEO of Tractor Supply Company. Read more