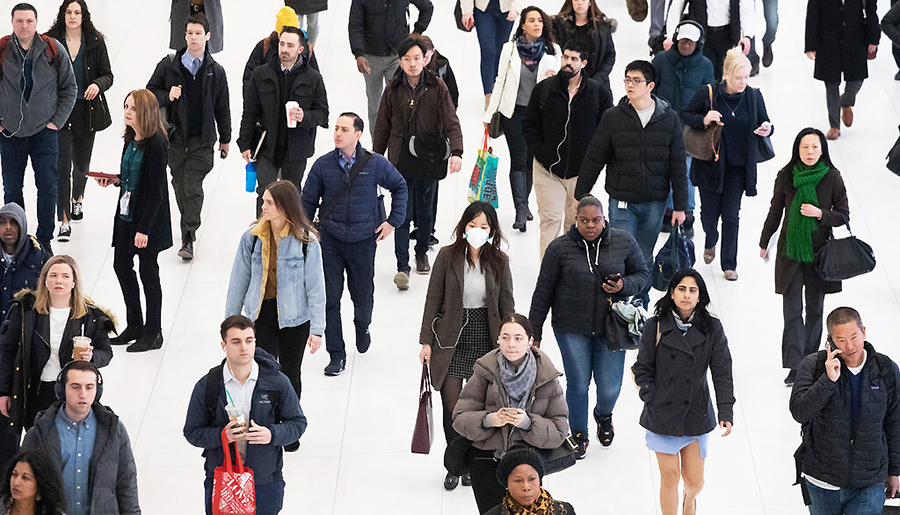 The Top National stories and the Latest headlines across the Active Lifestyle Market for the week of January 4, 2021 covered in the SGB Updates and delivered to your inbox every business day.

•Economy Loses 140,000 Jobs In December
The Labor Department reported Friday that nonfarm payrolls fell by 140,000 amid a surge in COVID-19 cases across the country. Economists surveyed by Dow Jones expected to see a gain of 50,000. Read more

•SGB Media Reports Top Stories Of 2020
SGB Media has reported its Top 20 stories read online in 2020, with the Bass Pro acquisition of Sportsman’s Warehouse and related stories leading the charts. Overall, the SGBonline.com web site had a banner year in readership, recording over 2.5 million page views, a 20 percent increase over 2019. Read more

•Macy’s Reveals Locations To Close In 2021
Macy’s Inc. revealed the list of locations it expects to close this year, including 36 Macy’s stores and one Bloomingdale’s location. Read more

•Athelytix Appoints Ex-Dodgers GM As Its President Of Baseball Operations
Athelytix, developers of the “GRID” laser-based analytics sports analytics system, announced the appointment of Dan Evans, former GM of the LA Dodgers, as its president and director of baseball operations. (Read More)

•Spyder To Expand Into Footwear
Spyder, which is is owned by Authentic Brands Group (ABG), has partnered with Footwear Unlimited, to support the brand’s launch into footwear. Read more

•Emerald Acquires PlumRiver
Emerald Holding Inc. announced that it has completed the acquisition of PlumRiver LLC, a provider of software-as-a-service technology through its Elastic Suite solution. The acquisition is expected to complement Emerald’s portfolio of show brands including Outdoor Retailer and Surf Expo, among others. Read more

•Filson Taps Former CEO Of Woolrich As CEO
Filson, the outdoor outfitter and apparel manufacturer based in Seattle, announced that Paolo Corinaldesi has been named as chief executive officer. Corinaldesi is the sixth CEO in the brand’s 124-year history. Read more

•Macy’s To Shutter 45 More Locations In 2021
Macy’s plans to close 45 department stores by the middle of this year as part of its previously-announced plan to shut 125 locations by 2023. Read more

•NSGA 2021 Management Conference & Team Dealer Summit Rescheduled To September
The National Sporting Goods Association (NSGA) has moved the dates of its 2021 Management Conference & Team Dealer Summit to September 26 to 28, 2021 at The Ritz-Carlton Golf Resort in Naples, FL. The event was initially scheduled for May 16 to 18. Read more

•Amer Sports Confirms Planned Sale Of Precor
Amer Sports confirmed that it entered into an agreement with Peloton Interactive Inc. for the contemplated sale of Precor, the manufacturer of commercial fitness equipment with a significant U.S. manufacturing presence, in a transaction valued at $420 million. Read more

•1791 Gunleather Welcomes Inside Sales Associate
1791 Gunleather announced the addition of Sebastian Contreras as a new inside sales associate for the central region of the U.S. Read more

•HanesBrands Wins Infringement Case Against Six Defendants In China
HanesBrands announced that it has received a favorable judgment from the Nanjing Intermediate People’s Court in a trademark infringement case involving its Champion brand in China. Read more

•Garmin Acquires Provider Of Emergency Monitoring And Response Services
Garmin International and Garmin Services, units of Garmin Ltd., announced the acquisition of substantially all the assets of GEOS Worldwide Limited and its subsidiaries. Read more

•NICS Checks Climb 23 Percent In December 2020
The FBI completed 1.91 million gun background checks on an NSSF-adjusted basis in December 2020, a climb of 22.7 percent. Checks for 2020 were up 59.7 percent and was well above record levels. Read more

•REI’s CEO Sends Year-End Note To Co-Op Members
In a year-end letter to Co-op members entitled, “Grateful for Our Community in a Year Like No Other,” Eric Artz, REI Co-op CEO and president, reflected on the accomplishments of the company. He also noted that while the past year had its challenges, it was also one of “profound clarity, focus and learning.” Read more

•Mad Engine Sold To Platinum Equity
Platinum Equity announced that it has acquired a controlling stake in the apparel company Mad Engine from affiliates of the company’s current ownership group, which has owned the business since 2011. Mad Engine’s owned brands include Lifted Research Group (LRG), Neff Headwear and Mighty Fine. Read more

•Asics Closes Flagship Store In Manhattan
Asics shuttered its New York City flagship store on Fifth Avenue in Manhattan in December 2020 amid the prolonged impact of COVID-19. The store opened in 2017. Asics will take a 2.3 billion ($22 million) charge to cover the lease cancellation and the loss on the impairment of the related fixed assets. Read more

•J.C. Penney Resets Board
J.C. Penney, in a regulatory filing, said five members of its board had resigned following its emergence from bankruptcy proceedings through a sale to Simon Property Group and Brookfield Asset Management. Read more