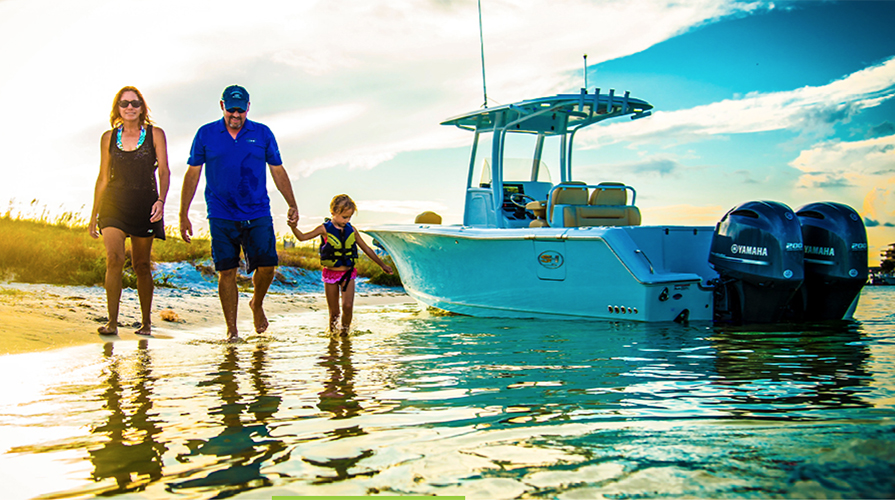 Marine Marketers of America (MMA)announced the election of new officers and the appointment of new board members for 2021.

Chalmers succeeds founding president Wanda Kenton Smith of Kenton Smith Marketing, who retires from the post after launching and leading the organization for more than 13 years. Kenton Smith remains in an advisory role as immediate past president. Also retiring from the board are three additional long-standing leaders who have contributed to the organization’s success including founding member and VP Sally Helme of Bonnier Corp. who was the point on the conception and launch of the Neptune Awards; founding board member Jim Rhodes of Rhodes Communications who has managed the association’s publicity since the outset and contributed in many projects; and Mark Kellum of Canal Street Creative who assisted in multiple roles including designing the association’s logo.

Chalmers is vice president of marketing for Boats Group. She leads the company’s product marketing and digital marketing teams. She has 15 plus years of experience in digital marketing and brand management, having served as a brand manager for Boat Trader before transitioning to Dominion Marine Media (now Boats Group) to lead the global marketing strategy for YachtWorld, Boat Trader and boats.com. She played an integral role on the acquisition team in 2016 when the company was purchased by Apax Partners. Chalmers has been recognized by her peers as a leader in the boating industry through Boating Industry’s Women Making Waves and Movers & Shakers.

Frohnhoefer is president of Sea Tow Services International. She is responsible for overseeing all internal operations including the execution and tracking of all the company’s business technology, membership programs and special offers, staff and franchise training, event coordination, marketing, sales, communications and call center operations. She is co-chair of the Neptune Awards program. Frohnhoefer was recently named the 2020 Darlene Briggs Woman of the Year.

Bompani is owner of RB Yacht Marketing, a full-service marketing boutique consultancy based in South Florida. Fluent in four languages thanks to a multicultural upbringing, she has a well-traveled outlook and extensive knowledge of the yachting industry. She has worked with a wide range of marine-related businesses, including brokerage houses, European boat manufacturers, marinas and leading industry entrepreneurs.

Kenton Smith commented: “I’m pleased to have served with an outstanding group of smart marketers from all segments of the marine industry to build and grow the association over the past 13 years. From the launch of the Neptune Awards, to many years of professional development, networking and communications initiatives, I appreciate the dedication and hard work of so many who significantly contributed to the success of the association. I leave the MMA in very capable hands and have great confidence in the new leadership team to move the MMA forward into the future.”

Chalmers added, “I am excited to join the board as president and work alongside such a well-respected and talented team of industry leaders. Wanda’s leadership has positioned the MMA very well for future growth and I look forward to carrying the torch and finding new ways to support and strengthen marketing professionals in the marine industry.”