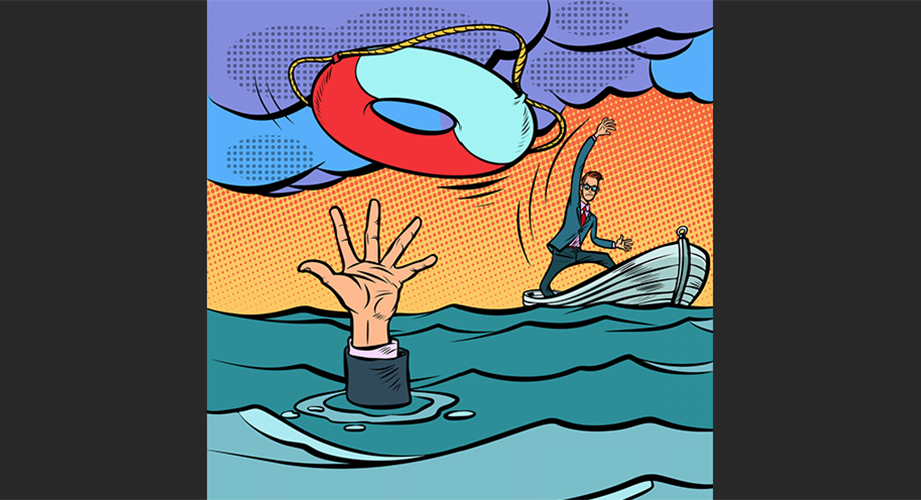 As the coronavirus continued to ravage the U.S. economy, the active-lifestyle marketplace endured another slow, almost non-existent period for M&A.

With only four deals reported, May will go down as perhaps the slowest month for M&A in recent memory, and nothing better reflected the challenges of the economic uncertainty than its first day.

On May 1, Clarus Corp.—the parent of Black Diamond Equipment, Sierra Bullets, SKINourishment and Pieps—announced it was scrapping its planned acquisition of protective case manufacturer S.K.B. Corp. (SKB) for $85 million and 1.15 million shares of Clarus common stock.

Even without reading Clarus’ 8-K filing, it was obvious why the parties terminated the deal. The Salt Lake City, UT-based company and its almost-new asset officially called off their partnership due to “recent events surrounding the COVID-19 global pandemic, and the economic uncertainties in the United States and globally as a result thereof.”

Despite the sour start to May, a few deals did get done over the ensuing weeks. Florida-based distributor JBI, a national bicycle distribution company, acquired omnichannel bike brand Pure Cycles. And Monte Rosa Sports Holding acquired Swiss-based apparel specialist Odlo International and its subsidiaries from Herkules Fund III. More analysis on those transactions below.

Other than that, all was quiet on the M&A front for this space, and all other industries too. As SGB Executive detailed in our exhaustive look at the current situation, How To Navigate M&A During The Coronavirus Crisis, only a handful of deals already near the finish line as COVID-19 took hold across the country would get announced. And as we reported in our April M&A Roundup and our March M&A Roundup, some did get done.

If the country returns to normal—or, rather, settles into a “new normal”—deals could resume in earnest as businesses look for a lifeline and aggressive buyers seek distressed assets at rock-bottom valuations. But that’s a big “if.”

While there are signs that the economy is reopening, the dearth of deals could continue into June and maybe beyond. However, savvy buyers are scouring the marketplace for scorching deals—specifically retailers and brands that haven’t weathered this crisis as well as others. Eventually, activity will spike as acquirers feel comfortable making a move, though that could creep into late Q3 or perhaps even Q4.

“I think there are some good assets out there that might struggle,” Joe Pellegrini, managing director for Baird’s consumer investment banking division, told SGB Executive for our extensive M&A report in March. “It wouldn’t surprise me to see some, not all, of those assets trade as we come out of this cycle. If you’re a really smart operator—and we’ve got some wicked smart people in these categories—you’re looking at this situation and licking your chops as you evaluate what those options might be.”

Was May the bottom? Stay tuned to SGB for deal announcements and other analysis of the M&A landscape. In the meantime, here is the least you need to know about these top deals—or non-deals, as the case may be—from last month.

Clarus Terminates SKB Acquisition Due To COVID-19 Uncertainty
Clarus Corp. said it canceled its planned acquisition of protective case maker S.K.B. Corp. due to uncertainties created by COVID-19. Salt Lake City, UT-based Clarus had announced its agreement to acquire the Orange, CA-based brand on March 12 for $85 million in cash and 1.15 million shares of Clarus common stock.

Reaction
Before nullifying the deal as a result of the economic uncertainty surrounding the coronavirus, Clarus President John Walbrecht said, “We believe that the acquisition of SKB presents a compelling opportunity to extend our brand formula over a broader base and advance our strategy of growing both organically and through accretive, value-enhancing transactions.”

What’s next?
Clarus has a proven appetite for acquisitions, including the eye-opening purchases of two seemingly disparate assets — Sierra Bullets in 2017 and SKINourishment in 2018. As Walbrecht said in March on the company’s earnings call, Clarus targets “acquisitions that provide access to new product groups and customer channels or that can diversify us within the outdoor and consumer markets” —aka, “superfan brands.” Click here to read more about the company’s unique portfolio approach.

Reaction
“We believe that Pure Cycles is a pioneer in selling affordable bikes both directly to consumers and through some of the best independent bike shops around the globe. We think our 200k+ customers would agree. Within the JBI network, we believe Pure Cycles will see tremendous growth and continue to thrive as a leader in the market.” –Jordan Schau, Co-Founder, Pure Cycles

What’s next?
JBI CEO Mitch Gurdjian said the company’s newest asset will remain in Los Angeles with the same management. He added, “Pure Cycles will continue to operate as a standalone brand with the distribution support of JBI. Pure Cycles was founded with one mission in mind: to get more people on bikes. At JBI, we believe cycling can solve many of the world’s challenges, and by combining forces, we’re hoping to put more people on simple, affordable, awesome-looking bikes.”

Reaction
“We see many similarities between the [company’s former] Helly Hansen and Rossignol investments and Odlo International. The company has a fantastic starting point with a globally recognized brand and a strong position in its core markets and segments. We believe bringing Odlo back to its core roots and focus will fortify Odlo’s position as the leading outdoor base layer company in Europe. The management team has done a formidable job in preparing the company for the next phase and we believe we can support the company in delivering profitable growth over the next years.” –Hugo Maurstad, co-owner, Monte Rosa

What’s next?
Look for more of the same from Odlo, according to the brand’s CEO, Knut Are Høgberg. He said, “We are proud to see, that even in the current challenging business environment, the underlying strong momentum of the Odlo brand has been appreciated by our new owners. We warmly welcome Monte Rosa to the Odlo team and onto our quest—more relevant than ever—to inspire consumers to an active life in the outdoors.”

Other M&A Deals From May
In case you missed SGB Media’s reporting on other notable deals last month—announcements of either new acquisitions or ones that closed—click the headlines below to read.