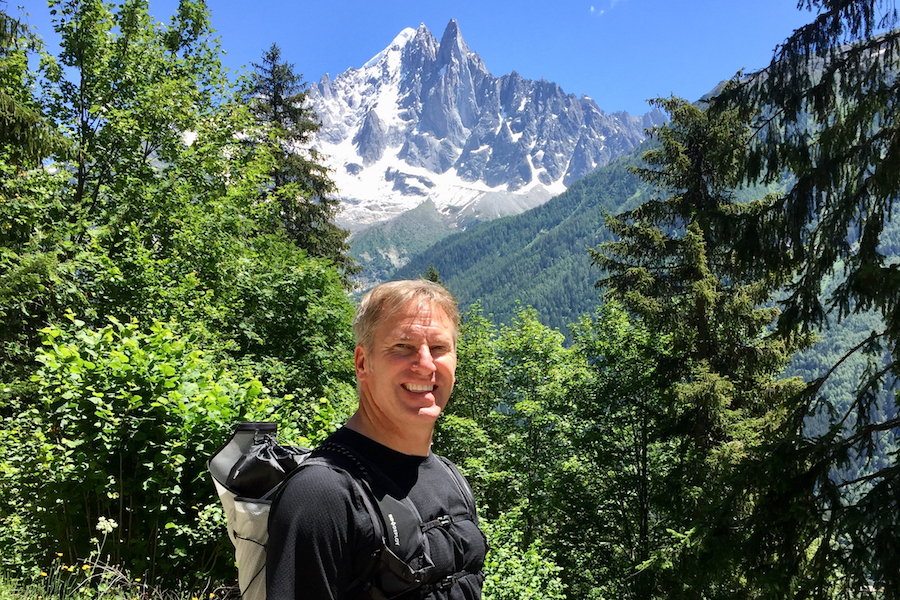 The thread that unites the assets in Clarus Corp.’s seemingly disparate portfolio clearly isn’t one of geography or product. What could a Utah-based backcountry equipment brand, a Missouri-based bullet manufacturer, an Austria-based avalanche beacon maker and a Texas-based skincare company possibly have in common?

But take a deeper journey into the holding company’s roster of brands—ideally with Clarus President John Walbrecht narrating—and their connection comes into focus.

Black Diamond, Sierra Bullets, Pieps and SKINourishment might operate in different locales and incongruous categories, making them seem like inhabitants on Clarus’ island of misfit toys, but they have shared DNA.

They are what Walbrecht calls “superfan” brands, and in a recent interview with SGB Media, he helped shed some light on the similarities in how they go to market, how they resonate with customers and how they differentiate with product innovation.

First, the four traits that a superfan brand exhibits:

Yet another way Walbrecht explains how a superfan brand differentiates is through a series of “Forrest Gump” moments—that knack of showing up in a sport’s historical timeline, such as first ascents or Tommy Caldwell giving a shout-out to SKINourishment on YouTube or, now most famously, Black Diamond-sponsored athlete Alex Honnold winning an Oscar for “Free Solo.”

“It’s the same for each of our brands,” Walbrecht said. “There are so many ‘Forrest Gump’ moments, and you can’t go back and re-create them all. As long as you protect that superfan brand and you keep investing in what those consumers—those superfans—want, which is product innovation and communication, the brands will become more and more and more valuable.”

And while Clarus isn’t focused only on top-line growth—that’s just a “report card that a strategy is working,” Walbrecht said—the company’s commitment to innovation is obviously paying dividends. Clarus just reported a record year in 2018 behind double-digit growth from both Black Diamond and Sierra. Valuable indeed.

In other words, the superfan brands are notching super results each quarter, though Walbrecht said it’s still hard to explain to a potential investor that a company can own, and successfully operate, assets as different as, say, a bullet maker and a skin care company.

“But we don’t look at our brands like that,” Walbrecht said. “A) They’re all in the outdoors and that’s our focus, and B) we’re not looking at these and asking is there some sort of shared synergies between these brands? Absolutely not. What we look at is, ‘Are they a superfan brand, are they a leader in the outdoors, in the niche in which they play?”

That concept of shared synergies is, in fact, laughable for Walbrecht. Clarus, a play on the word “clarity,” is the rare publicly traded company that couldn’t care less about creating synergies or sharing resources across its portfolio. Instead, the company is dedicated to helping brands with a unique position in the market continue to flourish while retaining their identity.

That differentiates the parent company as much as the brands it owns.

Being the owner and operator of superfan brands can lead to some tough decisions, as Clarus’ flagship, Black Diamond, discovered last summer. In August, the brand sent Walmart a cease and desist notice in response to news announcing the launch of a new outdoor website on Walmart.com curated by Moosejaw. The website was launched on a Monday with a range of Black Diamond hard goods and apparel, but by late afternoon on Tuesday, the Black Diamond items had been removed.

At the time, Walbrecht issued this comment: “We did not see or approve the statement which Walmart released Monday and have never sold to Walmart. Black Diamond remains committed to our specialty retail partners, and we do not plan on deviating from this strategy.”

For this interview, however, Walbrecht declined to discuss Walmart on the record. He instead wanted to focus on where Black Diamond sells a product, not where it refuses to sell. “I’m all about the positive,” he said. “It’s not about criticizing somebody else. Everybody has the opportunity to manage their own brands the way they want to.”

While acknowledging that selling in certain channels might be more lucrative, Walbrecht said that can also dilute and tarnish a brand’s status with its core audience, which is anathema for superfan brands. Clarus’ channel strategy revolves around being in doors that promote the passions that these the products stoke and where their customers actually go.

“If our superfan isn’t shopping there, that retail is not going to be successful with our brand and vice versa. That consumer isn’t going to be stoked,” Walbrecht said. “The reason we don’t sell at 7/11 isn’t that we don’t think 7/11 doesn’t have great traffic and isn’t in the right locations. It’s because our consumer doesn’t go to 7/11 looking for backcountry snow safety equipment.”

Simply put, outdoor specialty shops understand how to use a cam, what skis someone needs for a particular tour, if avalanche safety gear is warranted and the right skin cream to soothe a climber’s shredded skin, while a sportsman specialty shop understands the right ammunition for the right task. No one outside the specialty channel has that knowledge.

“They’re not going to be able to explain it, coach you, teach you why this product is important to you,” Walbrecht said. “If we make really good equipment, it allows you to go faster, stronger, farther into the outdoors, to do more.”

Making good equipment and continually innovating is the priority for all of Clarus’ brands, and one recent example is Black Diamond’s 2018 decision to expand its Salt Lake City headquarters, even as Outdoor Retailer left Utah and the state faced some backlash over public lands disputes. The company last spring committed to investing $40 million in growing its presence there through additional office space, staffing and R&D.

“We’re a Utah brand. We’ve been a Utah brand since Peter Metcalf moved it here in 1989,” Walbrecht said. “We continue to expand. We’ve put a lot of focus on being product-centric again, so we have been recruiting and bringing in more and more engineers to BD and to Salt Lake. When the whole Outdoor Retailer pullout occurred, our belief was that our employees and our consumers are based in Utah and those are our two most important constituents. Our plan was never to move; in fact, we decided to double down and support the state. We’ll continue to grow both at the Clarus level and at the BD level.”

Does expansion include more M&A? The company raised eyebrows with the acquisition of SKINourishment last fall, though Walbrecht noted that it is as much a superfan brand that’s suited for the outdoors as Black Diamond. But more deals like that one could occur—as long as the target meets the right criteria.

“We are always looking,” Walbrecht said. “We look at a lot of businesses because we have a clear definition of what a superfan brand is. It’s this idea of having a leading market share, having a history of innovation and understanding how important product innovation is to this process.”

For now, the company is focused on allowing each brand in its portfolio to shine in its own unique way while committing resources for them to reach and attract more fans, which, in turn, will benefit the brands themselves, the holding company and its shareholders.

“We maximize the whole by maximizing every individual input,” Walbrecht said. “You cannot make Clarus bigger because you grew Sierra and you didn’t invest in BD. The one great thing about a publicly traded company is it forces you to be disciplined. We might say, ‘Hey, look what we did this month with BD.’ But you as a shareholder would say, ‘OK, but what did you do with Sierra?’ If I’m a shareholder, I own all four assets today, so I want to know what Clarus did with my money on all four assets.”

“We’re unapologetic about what it is we do and what it is we don’t do,” Walbrecht said. “And at the end of the day, superfan brands are the embodiment of the superfans themselves.”