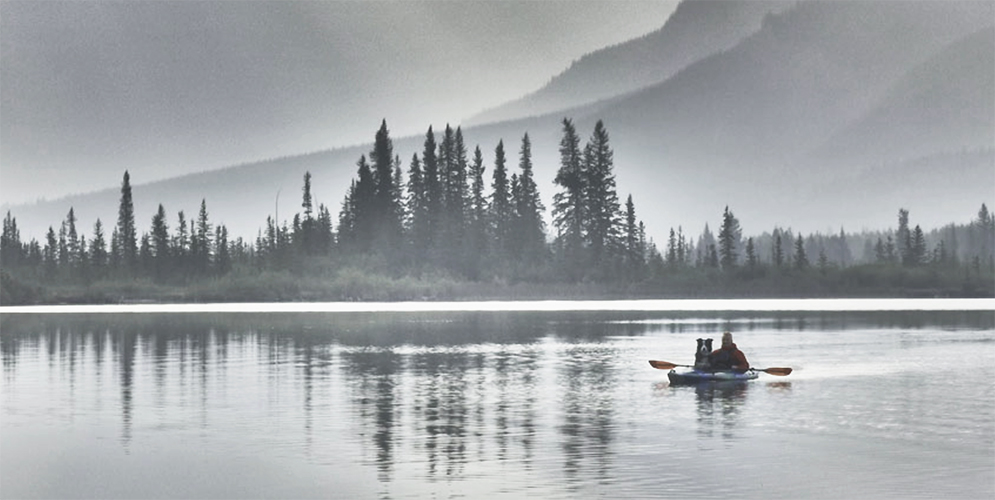 So big, in fact, that it headlines an especially bustling month of M&A in the active lifestyle space—a month that also saw Powdr Corp. acquire its first Canadian ski resort asset and Thule Group expand into a new category by adding a fly fishing rod vault maker to its portfolio.

Let’s start with the creation of a “paddlesports powerhouse.”

While Pelican is privately held and declined to disclose terms of the deal, the addition of a large U.S. boat maker is transformative for the company and for the paddlesports industry, to say the least.

“The paddlesports market has become saturated with too many suppliers and consumer confusion is prevalent,” said Elizabeth Rivas, Pelican’s communications director. “When markets reach this level, it is inevitable that consolidation will occur as we have witnessed in the recent months in paddlesports. To this end, combining the strengths of Pelican and Confluence will create a company that can better serve retailers and ultimately better serve consumers.”

Rivas said Confluence approached Pelican last March about a potential acquisition. The companies expect the integration process to take 12 to 18 months and will happen in “strategic phases,” Rivas said. During this time, the goal is to retain the DNA of both brands while scaling up production and bringing more canoes, kayaks, SUPs, fishing boats, and other watercraft to the paddlesports market.

“Product and manufacturing innovation is at the heart of both Pelican and Confluence,” Rivas said. “Pelican has the resources to fuel the continued innovation consumers have come to expect from both companies. This acquisition acknowledges the strengths of each company will create a paddling powerhouse of innovation serving all paddlers from beginners to the paddling enthusiast.”

In other notable deals from December, Park City, UT-based Powdr Corp. ventured north of the border for its latest move—the acquisition of SilverStar Mountain Resort in British Columbia. The addition expands Powdr’s mountain resort portfolio to 11 with properties in California, Colorado, Nevada, Oregon, Utah, Vermont and now BC.

It also marks another chapter in the ski resort industry’s ever-changing and always intriguing consolidation story that has been centered primarily on moves made by Vail Resorts Inc. and Alterra Mountain Co. during the past few ski seasons.

SGB Executive will have more on Powdr Corp. in early February.

In the last featured deal of December, Thule Group found a keeper with the acquisition of Denver Outfitters, a Denver, CO-based maker of roof rack-mounted fly fishing rod vaults.

Though Thule said the acquisition of Denver Outfitters, which had an annual revenue of less than $1 million in 2019, won’t have a “material impact on Thule’s financial picture,” the acquisition broadens Thule’s expanding portfolio of adventure camping products.

In recent years, the company added van awnings and rooftop tents, the latter of which it entered with the 2018 acquisition of Tepui Outdoors.

Here is the least you need to know about these three M&A deals from December.

Reaction
“Pelican and Confluence are the ideal fit. It’s the optimal union of two industry leaders poised to drive innovation and serve consumers better than ever before. This is very powerful as a force for good for the industry and consumers in general.”
—Todd King, Vice President of Marketing, Confluence Outdoor

What’s next?
Elizabeth Rivas, Pelican’s communications director, said the focus is to exponentially reach more consumers by scaling up distribution and targeting new channels yet maintaining the same quality. “With Confluence’s well known and established brands, Pelican has no intention of reinventing the Confluence wheel and altering premium brands,” she said. “Our goal is to utilize core competencies of all the brands and optimize the sum total of our knowledge and expertise together. We will continue to be two different entities but within a complementary portfolio.”

Reaction
“SilverStar is a world-class destination that fits well with who Powdr is, what our properties are—community favorites—and our commitment to protecting and enhancing the authentic year-round adventure experience for generations to come. The resort team is impressive and they have an incredibly strong relationship with the community, which we hope to build upon. We are pleased to continue Jane and SilverStar’s more than six decades of fun, legacy and vision.” —Justin Sibley, Co-President, Powdr Corp.

What’s next?
SGB Executive will have more on this deal and what it means for SilverStar next month, but Jane Cann—who has owned SilverStar since 2002 and served as president since she acquired 100 percent of the brand in 2012—said this: “I am thrilled to pass the torch to such a competent and qualified operator as Powdr who shares the same mission and beliefs for the SilverStar resort community and is committed to delivering memorable experiences and enhancing people’s lives.”

Reaction
“The recreational fishing category is a large global category in the outdoor industry, with close to 50 million participants in North America alone. Although fly fishing is the smallest fishing category, it is the fastest growing and anglers often travel and enjoy their fishing experience together. Therefore, being able to bring your fishing rods safely and easily is key for these consumers and the best way to do so is with fishing rod vaults mounted on the roof racks on the car.” —Magnus Welander, CEO and President, Thule Group

What’s next?
Adding Denver Outfitters will broaden Thule’s focus on adventure camping. And growing through acquisition rather than organically, proved to be a good strategy for Thule as Fred Clark, president, outdoor & bags, Region Americas, told SGB Executive in an interview last year about the purchase of Tepui Outdoors Inc. Look for Thule to take a similar approach with the fly fishing rod vault maker—scale up production and distribution while actively growing the segment.

Other M&A Deals From December
In case you missed SGB Executive’s reporting on other notable deals last month—announcements of either new acquisitions or ones that closed—click the headlines below to read.