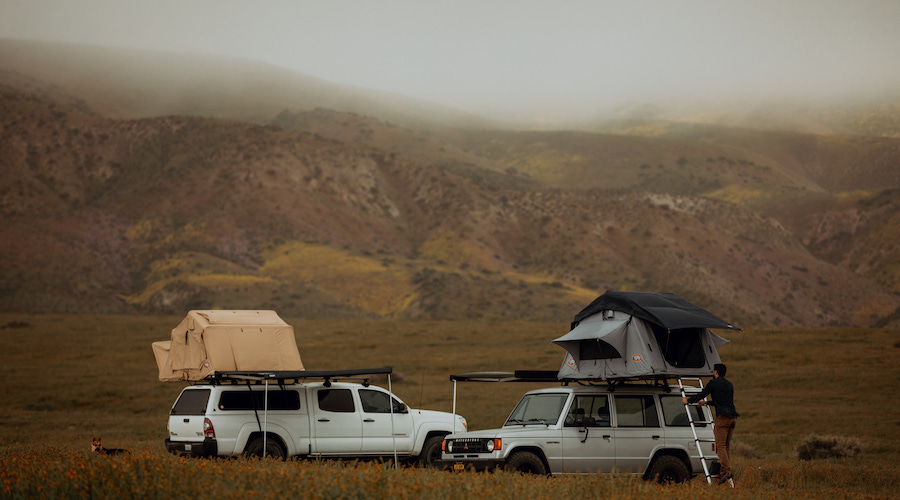 Thule Group AB is typically a mainstay on the Outdoor Retailer show floor, but the Swedish outdoor and bags brand will exhibit off-site this year to better showcase the company’s explosive category growth—and to spotlight its most recent acquisition.

“We need over 7,000 square feet to show all our products,” Clark told SGB in a phone interview last week. “It’s too hard to do at a trade show now. To set that up, then break it down and then put it together for other events for our sales teams, media and local customers is too much. It made sense to do it all at one time.”

The company’s large-scale exhibition is called Thule City to Summit Denver. And the move away from the Colorado Convention Center affords Thule the chance to highlight its full array of categories, including the newly co-branded Thule/Tepui rooftop tents and accessories, which will be making their OR debut since the acquisition six months ago.

Clark said Thule is going to market in co-branded fashion for a few different reasons, starting with the desire to leverage Tepui’s market-leading position it established in the relatively short lifespan of rooftop tents. But it also wanted to combine Tepui’s brand emergence with Thule’s brand establishment—including extensive sales representation and solid channel reputation—to elevate the products’ reach globally.

“While the Tepui name is well-known in the industry, this is still a small segment,” Clark said. “Our challenge is to get it more exposure. Tepui has done a very good job, but it’s harder to get it out to a broader group within the overland community and some of the RV communities.”

Another way that Thule should bolster the Tepui brand is through its own manufacturing facilities. The company boasts strong vertical integration with factories in the U.S., Germany, Poland, Belgium and Sweden, giving Thule the advantage of a shorter supply chain, higher margins and wider distribution for Thule/Tepui products.

“We’re in 140 countries right now,” Clark said. “That’s part of the reason for the co-branding too. Thule is a brand this known everywhere, and it helps us where Tepui isn’t yet known. They’ve built such a strong brand and we don’t want to lose connection.”

Tepui was expecting to generate revenue of $6.5 million last year, though Clark said Thule won’t break out Tepui’s sales moving forward. However, the company is bullish on Tepui’s potential and the overall category—which Thule is calling Adventure Camping—as interest in van life and overlanding continues to surge.

Here is the rest of what Clark shared with SGB about the decision to exhibit off-site for this year’s OR, what drove the acquisition of Tepui and the company’s new Adventure Camping category.

Take us through the decision to exhibit off-site during OR. Over the years, we’ve really expanded our product portfolio. Ten years ago we had five different product categories, and today we have over 23. So the breadth of those product categories is too hard to do in a trade show booth. We had that challenge to consider and every year we’re talking about what we’re not going to show because we don’t have the space. Combined with the fact that at this time of the year we do our sales meeting before the show to get our reps more up to speed on future plans and where we’re going with the products, it worked out well to go in this direction.

But Thule remains committed to the outdoor industry? You mentioned some donations to OIA and the Outdoor Foundation to compensate for not being in the hall? Doing this was not any negative comment on the show, the Outdoor Industry Association or the Outdoor Foundation. The trade show is a big contributor to OIA, and we didn’t want our part of that contribution to be missed. We know what that number is and we matched that with an outright gift, so they’re not getting slighted by us not being there. The Outdoor Foundation has always been really important to us at Thule for its efforts to get the next generation of people outside. I was chairman of that foundation for a couple of years, and we always donate. We want to make sure they have the funding to keep pushing what they’re trying to do because it’s a tough battle for all of us right now.

Thule does a ton of trade shows each year—bike shows, automotive shows, regional product shows, etc. Are the shows still viable? They are changing a little bit. We have not said what we’re going to do next year [in terms of exhibiting onsite or off for OR], but we want to see how this goes. The show’s a good thing, and if we weren’t doing this off-site exhibit, we’d be at the show. Trade shows are a good chance to talk to a lot of people, and while we don’t write a lot of business at them, we do talk to all of our key customers. It’s a good chance to show them our new product and talk about where we’re going and what’s coming up next. But I am seeing the regional shows becoming more important too. Everything’s getting fragmented now, so it’s a challenge for all of us.

Let’s shift to Tepui: What was attractive about the company as an asset, how has the integration been going and what does the future hold for it within the Thule Group? The category of rooftop tents has been an area we thought we could do well in for a while. We have the right distribution, and we understand the categories and the consumers. We had been talking about how we could start developing and designing the tents ourselves, because within our company globally we have a huge amount of money and resources in hard goods and soft goods. But with all these categories and all these new things were going into, we wouldn’t have been able to get into it for two or three years. We just didn’t have enough people and we already had some new products in our pipeline that we wanted to fill out. We talked to our CEO [Magnus Welander] and said, “This is a category we want to go after, and if we’re not going to do it, we think acquisition can be the way to go.” He agreed, and we decided there was only one company to look at—Tepui, the guys who started the category in North America, who have the best product out there, who are the market leader. They saw the advantages of the breadth of our sales organization, the channels that we have, the team that we have. We’re a much bigger company that can help them grow with future development of products.

How does Thule plan to both tap into the growth of the overland and rooftop tent category as well as work to increase it? The market is huge because it’s not only the tents at base camp but it’s the accessories you want for an overland or camping adventure. We’ve been much stronger in this category in Europe where we have a division that makes RV accessories, awnings, campsite storage, even ladders to get up to the top of the van, which is a challenge for these Sprinter and transit vans. The business that we’re looking at is not just rooftop tents but all the products needed for an adventure. That’s why we’re calling it Adventure Camp. That’s a nice growth category. I think this category will see double-digit growth for three or four more years.