French sports manufacturer and retailer Decathlon has reached an agreement on the acquisition of the hockey brand Dita from All Weather Sports.

The iconic hockey brand, which was brought to the Netherlands in the 1980s by the famous hockey family Kruize, will receive an extra boost for further innovation and global growth. As the largest sports retailer in the world, Decathlon can further substantiate its position in hockey by adding Dita to its in-house developed Korok while continuing its partnerships with other key international hockey brands. The distribution of Dita to specialist hockey retailers will remain in the hands of All Weather Sports.

Founded in 1896 during the inception of the game of hockey, Dita is one of the oldest hockey brands in the world. In recent years, Dita has been one of the most important brands for Decathlon, with special editions for sticks and shoes being part of the jointly developed range. Now both companies have further joined forces by transferring Dita’s trademark, product knowledge and sourcing partners while teaming up their respective distribution capacities.

Decathlon’s Pierre Vernet, responsible for partnerships at the French retail chain, said, “Dita has been focusing for years on skilled engaged players and has delivered many innovations in field hockey. We will for sure cherish this legacy while welcoming Dita’s product conception staff in our team, giving them access to the unique Decathlon research and development capacities and offering specialty hockey retailers the possibility to continue their win-win partnership with Dita. Synergies will otherwise give a further boost to our korok signed hockey products and their unique player centric, global experience and right price proposition.”

Arnaud van der Vecht of All Weather Sports stated: “Dita is a truly Dutch brand ‘by and for hockey players’. Hockey is of course already a major sport in our home market with a top three position in team sports. The sport is also growing rapidly internationally. With a global partner like Decathlon, we can now guarantee that hockey players on all continents can take maximum advantage of the innovative products from Dita. The sponsorship of Dita internationals will remain a responsibility of All Weather Sports, since we have been doing this for decades and understand exactly what modern top hockey players demand.”

All Weather Sports B.V. is based in Utrecht and serves more than 600 retailers in 28 countries with the Nomad and Dita brands. After private equity firm Nederlands MerkGoed took over Dita in 2015, it later reached an agreement in 2018 on the full acquisition of outdoor specialist Nomad. In order to achieve synergy benefits, both brands were merged at the time under the name All Weather Sports. 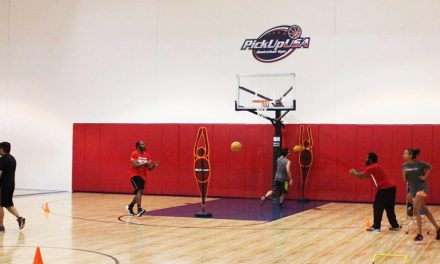