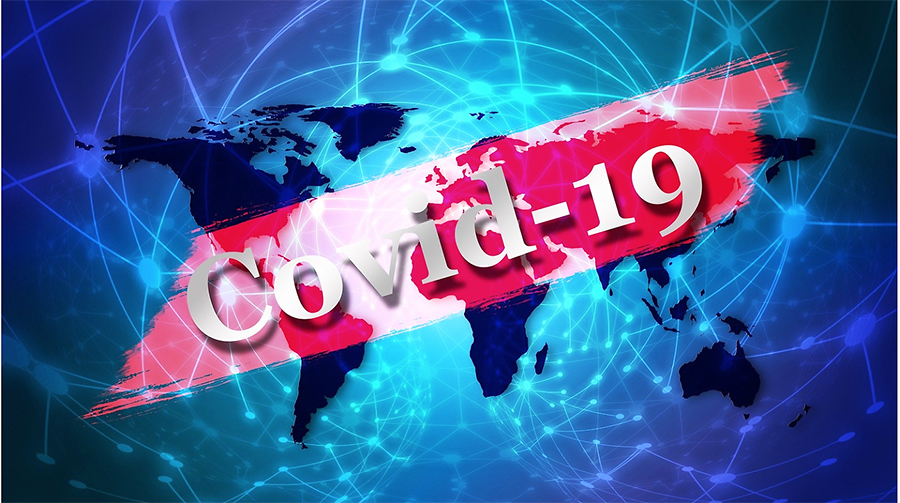 Fallout from the coronavirus pandemic continues to rankle the active-lifestyle marketplace. Most retailers have temporarily closed their doors. Sports leagues show no signs of resuming play. And now the Summer Olympics has been postponed until 2021.

Chinese authorities said Tuesday they plan to end a two-month lockdown of most of the coronavirus-hit Hubei province at midnight because cases there have subsided, and reports out of China indicate that production is starting to ramp up and container ships are ready to set sail, but the ripple effect of the coronavirus (COVID-19) is reaching new pockets of the U.S. economy and will linger for months to come.

In the past seven weeks or so, SGB Executive has published more than 100 articles on the coronavirus. Much of the early coverage was related to event cancellations as February and March trade shows were scrapped, but as the pandemic spreads, so does the ways it cripples U.S. businesses—from production to distribution to retail to employment to trade shows to consumer spending.

SGB Executive’s first mention of the coronavirus came in early February with the Outdoor + Snow Show recap. During that event in late January, the effects of the coronavirus—then just an epidemic mostly limited to mainland China—weren’t widespread, primarily was causing some business trips and trade missions to be canceled or postponed.

Production was being stalled but primarily because of the Chinese New Year, which most believed would simply be extended by a week or two to contain the virus. But industry executives could see the widespread disruption the virus would soon be causing if it spread.

Frederick was spot on, unfortunately.

Here is SGB Executive’s latest update of all things coronavirus since our last report on March 18.

The Summer Olympics have officially been moved to 2021. International Olympic Committee member Dick Pound told USA Today as much on Monday, saying, “The parameters going forward have not been determined, but the Games are not going to start on July 24, that much I know.”

The IOC on Tuesday confirmed Pound’s assertion, which was not official. In a joint statement issued Tuesday morning, the president of the IOC, Thomas Bach, and the prime minister of Japan, Abe Shinzo, said:

“In the present circumstances and based on the information provided by the WHO today, the IOC President and the Prime Minister of Japan have concluded that the Games of the XXXII Olympiad in Tokyo must be rescheduled to a date beyond 2020 but not later than summer 2021, to safeguard the health of the athletes, everybody involved in the Olympic Games and the international community.

Deciding to reschedule the world’s largest athletic event took longer than many people thought, with calls for a postponement coming over the last few weeks. The move follows the suspensions of play by all professional sports leagues—NBA, NHL, MLB and MLS—and the NCAA to cancel remaining games and tournaments. Pro sports could conceivably return, but that window is closing except for the NBA and NHL.

“For one, we’re in smaller markets, mostly in the South and Midwest with less exposure to major population centers,” Longo said. “We’re also a small-box retailer. That means we don’t have concentrations of a great number of people at any given time in a store as opposed to a big-box retailer, which has a different set of issues.”

During Hibbett’s earnings call, Sam Poser, an analyst with Susquehanna Financial Group LLLP, pressed Longo on the decision to keep stores open amid the health risk to employees and customers.

He also cited mall operator Simon Property Group announcing it would shut down its facilities, some of which house Hibbett stores, but Longo pushed back by saying, “Our point of view is that we’re keeping our customers safe, and we’re keeping our employees safe.”

“The decision not to temporarily close stores during the coronavirus outbreak puts the health and well-being of HIBB’s customers and employees, as well as the health and wellbeing of Hibbett’s historically very good reputation, at risk,” Poser wrote in his note to investors. “HIBB is one of 2 companies in our coverage universe that has not temporarily shut down [brick & mortar] retail operations. We believe the long-term risk HIBB is taking by keeping stores open, even at reduced hours, far outweighs the benefits from potential short-term sales. If an employee or customer contracts the virus at a Hibbett or City Gear store, the company is likely to suffer irreparable damage to its reputation.”

Even as Outdoor Retailer doubled down last week on hosting Summer Market June 23-25 at the Colorado Convention Center in Denver, one prominent outdoor brand—Mountain Hardwear—said it wouldn’t be exhibiting.

“We remain fully supportive of our industry and community but cannot predict if the virus will be mitigated before June,” he said. “We feel strongly that by attending either conference, we are not only putting our employees’ health and safety at risk but that of vendors, service workers and attendees as well. We see increasing possibilities and conversations around digital tradeshows and stand in full support of any virtual opportunities to not only connect with our retailers but to also continue supporting our industry in the safest ways we can. As a brand, we resolve to remain fluid, engaged and hopeful as our industry and world navigate these uncharted waters.”

Look for other brands to follow suit in the coming days and weeks. The Colorado Convention Center has suspended events through May 13, about six weeks before ORSM is scheduled to kick-off, and could extend those dates.

If OR does cancel, that provides an opportunity for the Big Gear Show, to be held in late July in Salt Lake City, UT, to grab exhibitors that wouldn’t have otherwise attended. After all, that new event has the enviable calendar slot of later in the summer when many believe the coronavirus will be contained. Stay tuned.

In other trade show news, the Running Industry Association has decided to cancel its second annual Kick Show, which was set for May 11-14 in Denver, CO. RIA is formalizing plans to re-introduce the show in a digital format after conferring with several brands and retailers. The organization said details will be released in April.

“We are excited to explore platforms for an interactive, virtual show experience, but have put a temporary hold on planning so we can apply every resource at our disposal to support the run specialty community during this time of crisis,” said Terry Schalow, RIA executive director.

Look for more on the coronavirus impact on the run specialty channel, as well as the rise in digital trade shows and sales presentations, in future editions of SGB Executive.

SGB Executive’s recent coronavirus coverage has looked at the outbreak’s negative impact on mergers and acquisitions and its potentially positive impact on online sales.

M&A, for example, has all but stopped and should be on hold for a while, based on the reaction from investment bankers and private equity executives interviewed for How To Navigate M&A During The Coronavirus Crisis.

But opportunities will emerge during this time and the recession that’s sure to follow. Pellegrini and others—including Nate Pund, a managing director in Houlihan Lokey’s consumer, food and retail group, and Chris Brown, functional adviser for North Castle Partners and managing partner of Backline Partners—share tips on managing your business through this difficult time and what to look for once the dust has settled.

And in Will Online Sales Gain A Boost From Coronavirus?, SGB Executive examines the growth potential of e-commerce as consumers stay away from stores—either because they’re closed or simply to social distance.

But, as the article outlines, while online sales will likely see a significant bump, supply chain issues, out-of-stocks and eroding consumer confidence may hold back any gains.

“There has been discussion that e-commerce might be the beneficiary of coronavirus, which may be the case,” wrote Digital Commerce 360 in a blog entry. “Our survey instead revealed a mixed bag of sentiments.”

This afternoon, all eyes will be on Nike Inc., which reports fiscal third-quarter earnings Tuesday after the market closes. Jon Komp of Baird said the footwear and apparel giant’s performance will be an “important barometer to watch” amid the chaos of the coronavirus.

“Based on results from Adidas and local retailer Pou Sheng (February sales -82 percent) and others, we already know NKE will be particularly impacted by China in FQ3. However, with the company typically commenting on initial year-ahead targets we think any insight on potential impacts to the business (even if NKE declines to give formal targets at this time) could help to calibrate high-level impacts across the group. At this point we suspect annual revenue declines for global brands could be much worse than in 2008-2009 (when trailing quarter revenue declines bottomed at down ~mid-to-high single-digits) given the significant hole most will face starting in March and with many questions about the state of things post coronavirus, though at this stage any directional color could help.”

In the coming days, look for reports on how the coronavirus has taken a toll on other business categories and how some companies are responding. Have a story idea related to the coronavirus? Drop us a line at sgbmedia@sgbonline.com.