Will Online Sales Gain A Boost From Coronavirus? 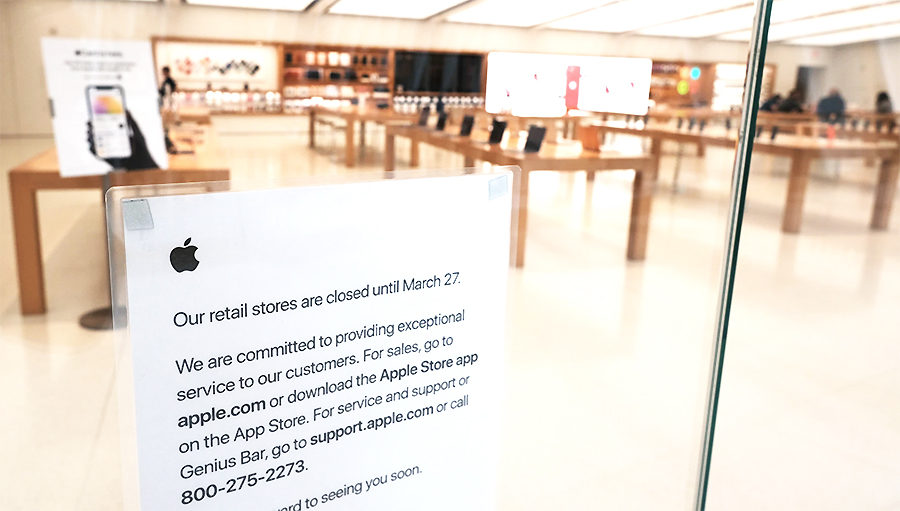 Online sales could get a significant bump as Americans head indoors and avoid stores to help stop the spread of coronavirus but supply chain issues, out-of-stocks and eroding consumer confidence may hold back any gains.

Of the rest, 26 percent believed e-commerce sales would come in as projected, 32 percent saw online sales “down somewhat” as a result of the virus, and 4 percent “down significantly.”

Overall, the survey found only 21 percent saw e-commerce sales increasing for the year. Digital Commerce 360 wrote in a blog entry, “There has been discussion that e-commerce might be the beneficiary of coronavirus, which may be the case. Our survey instead revealed a mixed bag of sentiments.”

Asked about their expectations and/or behavior as a result of the coronavirus, 44 percent of those surveyed expected production delays with 40 percent believing there will be inventory shortages throughout the year.

Indeed, much of the challenges retailers face were found to be supply-chain related. When asked, “Which of the following actions are you taking as a result of the coronavirus,” supply chain communication (48 percent), contingency planning (34 percent) and hopes to minimize disruptions (32 percent) top the list of retailer actions. Retailers are monitoring the China situation (23 percent) and working with their partners to mitigate supply chain risks (22 percent). Adjustments to marketplace participation (22 percent) are also being made.

The survey appears to show that retailers are cautiously making adjustments to the fast-changing event. Only 20 percent of those surveyed are taking aggressive action. Instead, 44 percent of retailers are taking “some” action and anticipate additional actions will be forthcoming.  Thirty-six percent of the survey participants have a “wait and see” attitude. It will be interesting to see how this evolves in the weeks to come.

Yet some findings suggest that if consumers are being encouraged or forced to avoid stores, online should only benefit. Some also feel that consumers’ shopping behaviors may change as many get more accustomed to shopping online.

In a report, eMarketer pointed to a February survey from Coresight Research that showed 74.6 percent of respondents indicating they’re likely to avoid shopping centers/malls if the coronavirus outbreak worsens. A total of 52.7 percent said they’d plan to avoid shops in general if the virus spread worsened.

More than 8-in-10 (85.6 percent) respondents ages 60 and older said they were likely to avoid shopping centers and malls. EMarketer noted that while not surprising given that COVID-19 has hit older people the hardest, it may have an unintended consequence on their shopping habits.

“Since older individuals are the ones for whom the virus has been most fatal, they may be especially likely to alter their behavior,” said eMarketer analyst Mark Dolliver. “This could mean more adoption of e-commerce, an area where they’ve been laggards. People whose attitude has been ‘I’d rather die than buy online’ may rethink this if they feel going to crowded, germy stores truly could kill them.”

E-commerce activity, particularly related to health and grocery, is booming in the U.S. in general. According to data from e-commerce ad tech provider Pacvue, Amazon searches have surged for products like hand sanitizer and antibacterial soap. Digital shoppers are also willing to convert on products that they need with longer delivery windows in order to avoid going to stores, where inventory may be limited anyway.

EMarketer noted that the increased demand is proving to be both a benefit and a challenge as supply chain issues mount. EMarketer predicted third-party sellers may look for ways to minimize the risk of out-of-stocks, including reducing their ad spending at Amazon.

“The intersection of merchandising and advertising has long made media-buying on Amazon complicated: You can’t just ‘set and forget’ a campaign if you risk running out of stock or if your pricing isn’t competitive enough to convince shoppers to convert,” said eMarketer analyst Nicole Perrin. “But the combination of supply shocks and demand shocks due to the novel coronavirus means the situation is more complex and faster-moving than ever before. Advertisers need to be on top of their own supply chains as well as the latest news driving consumer behaviors.”

Analysis by SaaS platform provider Quantum Metric found that online sales have surged 52 percent from February 3 through March 2 compared with the same time frame a year ago, and the number of online shoppers has increased 8.8 percent. Quantum Metric noted in a blog entry, “We attribute the growth to lack of availability of local brick & mortar supplies (out-of-stock consumables and shipped from China inventory) and an overall desire to limit in-store exposure.”

Tempering expectations, Quantum Metric noted that the growth rate spiked the week beginning February 17 and has declined by the week of March 2. Quantum Metric wrote, “It is possible that online inventories are beginning to run low but more likely that consumers have already purchased what they need. Future weeks of analysis may see the growth rate index invert if consumers shift the timing of their purchases more than the amount of purchases overall.”

Quantum Metric’s findings were taken before many major cities and local municipalities started calling for people to stay home with limitations placed on public gatherings.