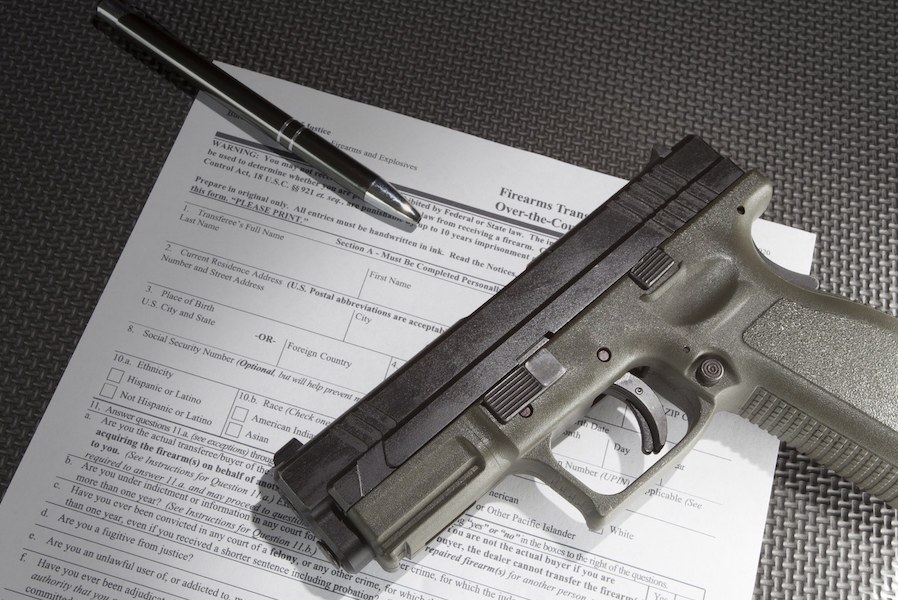 Firearms sales are down halfway through the year, presenting another challenge for an industry that has dealt with bad publicity in the form of mass shootings, public protests and well-known retailers altering or stopping their gun sales.

Sales of firearms totaled 2.8 million units in the first half of 2018, down 1.6 percent compared to the same period a year ago, according to SGB Media’s sister company SSI Data. In dollars, sales are down 4.9 percent.

A deeper dive into the SSI Data figures reveals more significant declines for Handguns, as unit sales are down in the high single digits while dollars are down in the low double digits. Rifles have seen moderate growth in 2018, but they are comping against a weak 2017, according to SSI Data.

However, these numbers aren’t too alarming to Brian Rafn, a gun industry analyst with Morgan-Dempsey Capital Management LLC. He noted that the summer months of June to August “are seasonally slow with boating or fishing marine sports occupying the hunter.”

And, he added, the macro view still paints a relatively healthy picture of the industry. For example, annual unit volume in the U.S. from 1946 to 2001 was 3 million to 6 million for pistols, revolvers, rifles and shotguns. The peak in 2016 was 14 million units of domestic production and around 7 million units of imports, plus used gun sales. The 2016 combined total of 21 million units was 350 percent of the peak and 700 percent of the trough compared to 1946 to 2001.

The current ebb is also occurring in Firearms background checks, according to the National Shooting Sports Foundation. The June 2018 NSSF-adjusted National Instant Criminal Background Check System (NICS) figure of 892,479 is a decrease of 12.2 percent compared to the June 2017 NSSF-adjusted NICS figure of 1.02 million.

NICS-adjusted checks were down 8.5 percent in May, 4.2 percent in April and increased 10.8 percent in March. And the second-quarter 2018 NSSF-adjusted NICS figure of 2.9 million reflects a decrease of 8.1 percent compared to the 3.1 million figure for the second quarter of 2017.

The NICS numbers fell shy of expectations for KeyBanc Capital Markets, according to company analyst Brett Andress, who wrote this in a note to investors: “June was seasonally in line (-1.4 percent sequentially vs. -1.8 percent on average), although June did benefit from an incremental weekend day vs. 2017, implying a -HDD headline on an apples-to apples basis. Stack declines worsened, now tracking -23 percent (vs. -2 percent in May), and declines were broad-based (only five states saw growth), with key states (notably Florida and Texas) -LDD. That said, with easier compares on the horizon, any stabilization in the stack implies an inflection into 2H18 (July comp -25.1 percent).”

The downturn can be seen in some of the larger manufacturers’ earnings so far in 2018. The most recent example is American Outdoor Brands Corp., the parent of Smith & Wesson, which closed a challenging year by reporting a sales drop of 24.9 percent in its fourth quarter ended April 30 while projecting flat earnings on a slight decline in sales for its current fiscal year.

“Going forward we plan to operate our business under the assumption that fiscal 2019 will deliver a flattish consumer market,” James Debney, president and CEO, on a June 21 conference call with analysts. “At the same time, we believe that several dynamics we currently see in the parts of the industry such as consolidations, bankruptcies, mergers and political posturing continue to drive uncertainty in the sporting goods channel for some time.”

Debney said that due to the market dynamics, American Outdoor Brands plans to increase the company’s focus on profitability and will limit the company’s promotional activity with a goal to “sustain market share, not gain market share. Market share gains that will be expected to come solely from new product innovation.”

Meanwhile, Vista Outdoor Inc.’s sales for the fiscal year ended March 31 were $2.3 billion, down 9 percent from the prior year. The decline was caused by lower volume in Shooting Sports across all ammunition categories, lower pricing across the portfolio and lower firearms sales as a result of decreased demand impacting the shooting sports industry.

And in Sturm, Ruger & Co.’s most recent earnings, the company reported first-quarter income was down 35.8 percent and revenue was down 21.6 percent from the same quarter a year ago.

But manufacturer financial struggles—however cyclical they might be—aren’t the only issue facing the industry. Recent examples of a shifting landscape for firearms companies and/or sales include:

While firearms background checks and sales figures are down or flat, and while bad headlines abound, the gun industry has plenty of upside, including the potential for another 2A proponent on the Supreme Court and an ability to expand industry demographics, according to Rafn. To fully regain its footing, however, the industry now needs another boost like some of the popular firearms that have sold in recent years.

“The gun industry is in search of the next popular frame like the Precision Range Rifle in 2016 or the self-defense palm guns of 2013 to 2016,” Rafn said. “Silencer suppressors mounted with threaded rifle barrels is one of those trends of recent. So the discounts to MSRP at 15 percent to 20 percent in 2018 are healthier then the 40 percent of 2017. This cycle needs to be driven by an engineering, design not some political shock of confiscation or seizure.

“As we face challenges in the gun business, I think this is survivable for a cyclical manufacture business,” he added. “If the global economy cools with July as the 109th month of the expansion since 2009 in the U.S., perhaps recovery will wait until 2020 or just grind sideways.”