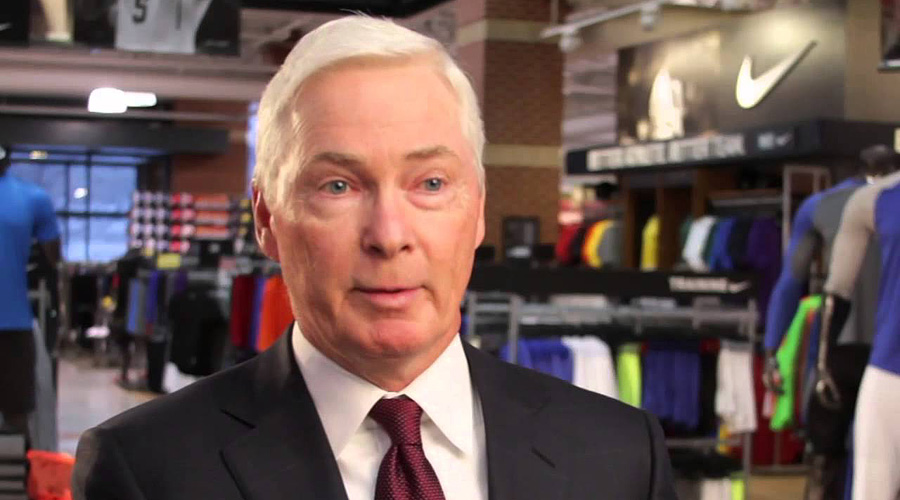 Dick’s Sporting Goods said it will stop selling assault-style weapons like the one used in the Parkland, FL high school shooting. The retailer will also no longer sell high-capacity magazines or guns to anyone younger than 21.

The company said it has never sold bump stocks, which allow semi-automatic weapons to fire as if they are automatic weapons. Stack called for a nationwide ban on such items and the ban is permanent.

The announcement was made two weeks after the school shooting in Parkland that killed 17 students and staff members.

“We have tremendous respect and admiration for the students organizing and making their voices heard regarding gun violence in schools and elsewhere in our country,’ he said in a letter released Wednesday. “We have heard you. The nation has heard you. We support and respect the Second Amendment, and we recognize and appreciate that the vast majority of gun owners in this country are responsible, law-abiding citizens. But we have to help solve the problem that’s in front of us.”

Stack formally made the announcement Wednesday morning on ABC’s Good Morning America and said the decision was inspired partly by the revelation that the 19-year-old Parkland high school shooter purchased a weapon at a Dick’s store. The firearm—a shotgun—was not used in the shooting, but it had an impact on the company.

Said Stack, “We did everything by the book. We did everything that the law required, and still he was able to buy a gun. And when we looked at that, we said the systems that are in place across the board just aren’t effective enough to keep us from selling a gun like that… And so we’ve decided we’re not going to sell the assault-type rifles any longer.”

The company stopped selling those military-style semiautomatic weapons in its Dick’s-branded stores after the Sandy Hook elementary school shooting in 2012, but wound up selling those devices at its Field and Stream concept. The first Field & Stream store opened in 2006, and the assault-style weapons will be pulled from its existing 35 Field and Stream locations.

Walmart announced it would stop selling the military-style semiautomatic weapons in August 2015. But Walmart sidestepped any controversy involving gun politics, attributing its decision to lower customer demand for the military-style rifles.

Dick’s also called on lawmakers to enact commonsense gun reform, including a ban on assault-style weapons, raising the minimum purchase age to 21 and universal background checks.

A Politico poll on Wednesday showed at least two-thirds of Americans support each of the changes it proposed.

Several major corporations, including MetLife, Hertz and Delta Air Lines, had previously cut ties with the NRA since the Florida tragedy, but until now, none were retailers that sold guns.

The announcement drew hundreds of thousands of responses for and against on the company’s Facebook page. As of 5:40 p.m. eastern time on Wednesday, Dick’s Facebook post on the new firearm sales policies had been shared 511,544 times and had 160,640 comments.

Here’s the full statement from Dick’s:

We at DICK’S Sporting Goods are deeply disturbed and saddened by the tragic events in Parkland. Our thoughts and prayers are with all of the victims and their loved ones.

But thoughts and prayers are not enough.

We have tremendous respect and admiration for the students organizing and making their voices heard regarding gun violence in schools and elsewhere in our country.

We support and respect the Second Amendment, and we recognize and appreciate that the vast majority of gun owners in this country are responsible, law-abiding citizens. But we have to help solve the problem that’s in front of us. Gun violence is an epidemic that’s taking the lives of too many people, including the brightest hope for the future of America–our kids.

Following all of the rules and laws, we sold a shotgun to the Parkland shooter in November of 2017. It was not the gun, nor type of gun, he used in the shooting. But it could have been.

Clearly this indicates on so many levels that the systems in place are not effective to protect our kids and our citizens.

We believe it’s time to do something about it.

Beginning today, DICK’S Sporting Goods is committed to the following:

At the same time, we implore our elected officials to enact common sense gun reform and pass the following regulations:

We hope others join us in this effort to let our kids know that their pleas are being taken seriously.

Some will say these steps can’t guarantee tragedies like Parkland will never happen again. They may be correct–but if common sense reform is enacted and even one life is saved, it will have been worth it.

We deeply believe that this country’s most precious gift is our children. They are our future. We must keep them safe.