Active-Lifestyle Stocks Bounce Back In First Half

With the nine-year bull market facing some choppiness this year due to a number of macro challenges, many stocks in the athletic-lifestyle space stood out for their outsized performances.

For many, a comeback story drove attention.

Lululemon jumped 63.6 percent in the six months through June 29 while reporting first-quarter earnings more than doubled, well above aggressive guidance, on explosive online growth and full-price selling. Lululemon’s gains came despite the retailer losing the company’s CEO due to misconduct issues.

Following a two-year selloff that saw the stock crash more than 70 percent from the company’s all-time highs, Under Armour rebounded 58.7 percent in the first half as investors applauded the company’s shift to focus on profitability.

The biggest gainer among stocks in the athletic lifestyle space was Canada Goose, which vaulted 86.5 percent to close at $58.85 as of June 29. The iconic parka maker went public in March 2017 at U.S.$12.78 and has particularly benefited from explosive growth in the direct-to-consumer channel.

Dick’s recovered 22.7 percent in the first half. The stock lost 53.1 percent of its value in 2017 as Dick’s, like many others in the industry, couldn’t avoid being impacted by the exit of Sports Authority. Dick’s beat first-quarter expectations and hiked the company’s full-year earnings forecast. The retailer also wasn’t hurt as much as feared by a decision in March to stop selling assault-style rifles after the school shooting in Parkland, FL.

Many retailers were helped earlier this year by holiday sales coming in better than expected after hearing for much of last year how brick-and-mortar stores were facing a “retail apocalypse” caused by shifts to online selling. Among department stores, Macy’s ran up 48.6 percent and Kohl’s advanced 34.4 percent. Amazon, the cause of much of the disruption, still gained more, adding 45.3 percent.

Overall, out of 61 stocks in the active-lifestyle and broadline retail space tracked by SGB, only 13 showed a decline. By comparison, the S&P 500 was up just 1.5 percent through the end of June, impacted by myriad concerns including global trade tensions, rising interest rates and geopolitical instability.

Among the shortfalls in the active-lifestyle space was Camping World, which has been busy reopening many former Gander Mountain locations to Gander Outdoor. Investors have been worried about the impact of steel and aluminum tariffs and high gas prices on the company’s core RV retail business.

Newell Brands, down 16.5 percent, dealt with a highly-public proxy battle earlier in the year and has been orchestrating a massive transformation plan that has led in part to the sale of Rawlings and Pure Fishing landing on the selling block.

Sportsman’s Warehouse and American Outdoor Brands, the parent of Smith & Wesson, have been held back by weakness in the firearms segment. JC Penney, down 25.9 percent, has been underperforming competitors in the department store space and saw the company’s CEO exit.

Among stocks exiting the marketplace was The Finish Line, which on March 26 agreed to be acquired by JD Sports Fashion Plc, the U.K.-based footwear chain, for $13.50 per share in a deal valued approximately $558 million. The deal closed on June 18. 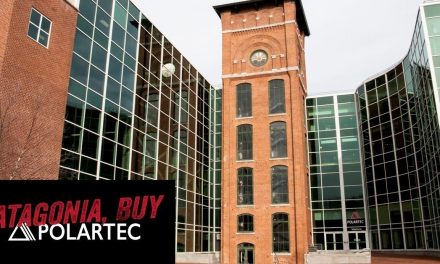