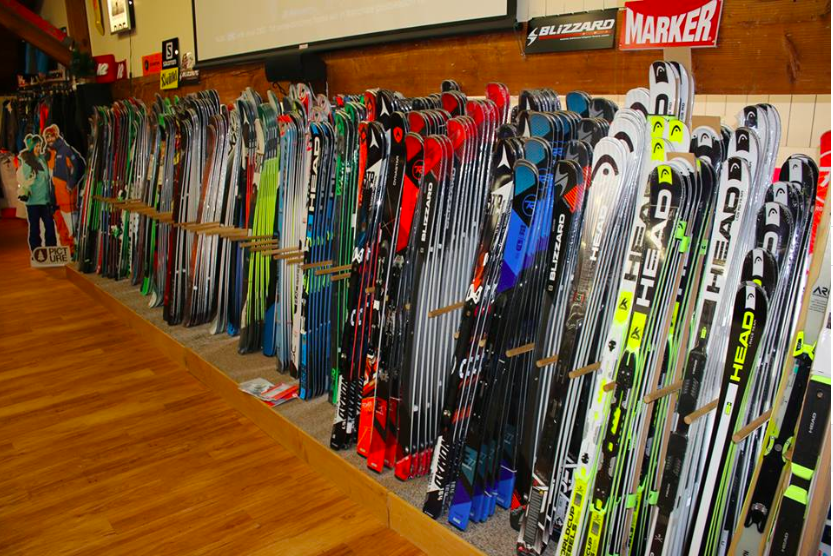 Author’s note: This is another article in an occasional series on the Business of Snow. Look for much more in the coming weeks, including extensive coverage of the brands exhibiting at—and the trends emerging from—Outdoor Retailer Snow Show.

Powder days across the country—from the Pacific Northwest to the Rockies to the East Coast—have obviously stoked excitement for skiers and snowboarders, but the bountiful snow has also provided a boost for manufacturers and retailers of snow sport equipment and accessories.

Thanks to that good snow in most U.S. regions, the industry is heading into this week’s Outdoor Retailer Snow Show with plenty of momentum as sales of most snow sports categories are up compared to last season, according to SSI Data’s most recent trend report.

One advantage is snowfall, specifically when looking at how totals compare to last season. Many resorts opened additional terrain, such as back bowls and hike-to trails, earlier in the season, giving skiers and snowboarders even more reasons to buy the gear that they might have foregone last year.

Here are a few trends from the report:

The report also breaks out alpine skis with a waist of 90-99 millimeters, and here are some bullet points from that category:

Looking more closely at what channels are performing the best, snow specialty remains strong because of customers’ need to try on gear—boots and helmets in particular, but also skis and apparel—according to Ryan Prentice, client solutions specialist, SSI Data, who compiles the weekly trend reports for Snow Sports.

“Brick-and-mortar retailers, the ones that are still around, are seeing a strong year,” Prentice said. “People realize the importance of talking to a sales specialist when trying on boots, discussing different skis or apparel or trying on helmets in the store. We’re seeing that reflected in the data.”

Teddy Schiavoni, chairman of the National Ski & Snowboard Retailers Association and owner of Summit Ski and Snowboard Shop in Massachusetts, is also upbeat about the season to date.

However, there are some caveats to the strong season his industry has seen. For example, it’s been hard to “keep a finger on the pulse of what’s happening at retail coast to coast this season,” primarily because fluctuating weather—early season powder in the East followed by warmer temperatures and rain—has caused some ups and downs for the industry. But it’s still been better than last season.

Looking specifically at product trends, Schiavoni echoed what SSI shows: that snowboard sales are on the rise, with Burton’s launch of the Step-On system invigorating customers and sparking their interest in upgrading their systems with new equipment.

While his shop serves primarily urban skiers who don’t venture into the backcountry as much as those, say, out West, Schiavoni has seen suppliers introducing backcountry and sidecountry products as well as other technologies, which are “trickling into more conventional alpine equipment, and that’s been a benefit to consumers,” he said. These include lighter weight boots, lighter weight and more versatile ski designs, and more universal binding technology.

More than anything, Schiavoni said, the snow sports industry—which is on the cusp of its biggest get-together of the year when it descends on Denver this week for Snow Show—“has begun working more closely together, possibly more than ever, among brands and retailers.”

One example is the shift of Snow Show to later in January from earlier in the month, a move that Schiavoni and others in the industry celebrated when Outdoor Retailer announced the date change last April.

As he told SGB at the time, “When you look at the merger between Outdoor Retailer and the Snow Show, and how wonderful that has been for the retailers to be exposed to all these outdoor brands and for all the outdoor brands to be exposed to all these specialty snow retailers, and the fact that OR came in and moved the show so that it could accommodate everybody, including the buying groups, what more could you possibly hope for? It’s perfect. It’s harmony.”

Fast forward nine months and there are even more important shifts, in the retail channel in particular.

“The era of online to offline shopping is all around today’s consumers and so it’s been wonderful to see our industry of niche brands and specialty shops embracing such advanced technology,”Schiavoni said. “We’re now beginning to see brands snapping Promoboxx into this for guiding consumers into the online-to-offline shopping experience.

“All together, the most savvy brand/retailer partnerships are now able to send consumers from product impression to local inventory through a funnel, in a single click, without ever losing their attention. It’s seamless and it’s effective. For retailers, embracing these digital features also connects them to larger scaled partnerships … where getting in front of shoppers will again lead them straight back into stores locally, and it all comes together with a click.

All in all, Schiavoni said, snow specialty dealers are proving their value to customers. That doesn’t mean there aren’t serious challenges for the industry—winter sports participation chief among them, which will be a future topic in this series of articles—but brands understand the best way their products will reach target customers.

“When you weigh in the effort occurring from both ends of the wholesale channel working together in these ways, it speaks volumes to our ability as an industry to sync up and deliver a unified, contemporary experience to snow sports participants,” he said. “It’s happening from the cities to the mountains and being driven by brands investing back into the industry.”