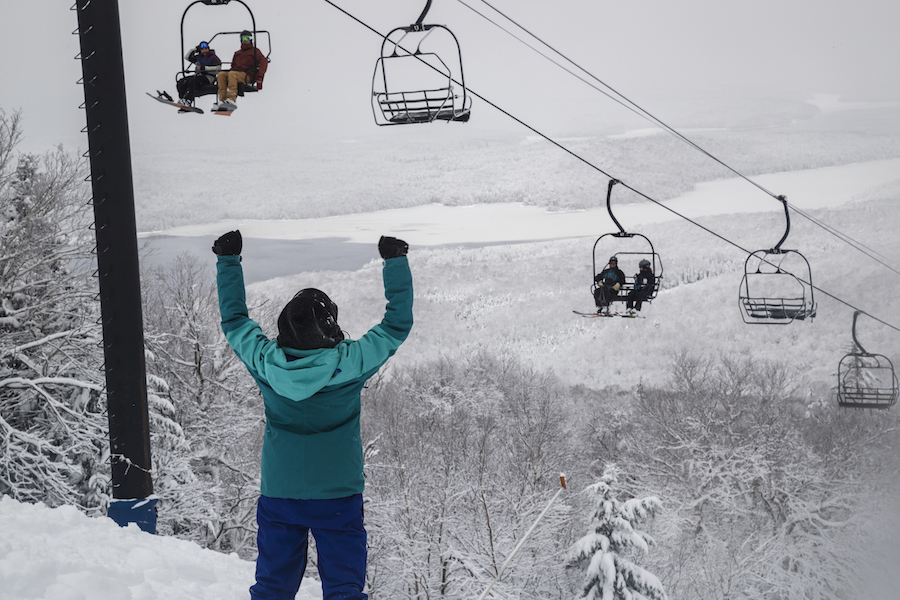 Author’s note: This is the first in an occasional series on the Business of Snow. Look for future stories on what’s happening with ski specialty retailers, international opportunities for snow sports brands and the backcountry skiing/splitboarding boom.

As fresh snow blankets ski resorts across the country, skiers and snowboarders must be feeling pretty justified in their strange superstitions.

Throughout the season—but especially in late fall before the lifts start turning—mountain towns, ski resorts and retail shops host parties where attendees offer up prayers to Ullr, the Norse god of snow.

At these celebrations, with names like Bring on the Snow or Pray4Snow or some nod to Ullr himself, snow sports enthusiasts ritualistically burn old skis and snowboards and even Twinkies (shout out to REI Denver), hoping Ullr will repay their sacrifices with deep powder days. 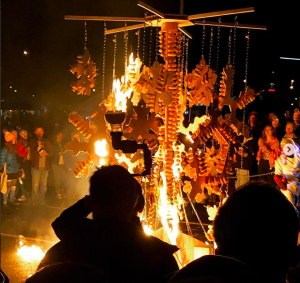 Pray4Snow at REI in Denver burned Twinkies in hopes of a deep winter. So far, that sacrifice (and many others) appears to be working.

But riders aren’t the only ones who pray for snow. Ski resort operators have been known to ask the heavens for an epic storm that is sure to increase skier visits, fuel top-line growth and, most importantly, ignite the stoke of winter junkies.

“Early season snow is the best way to get our message out that winter 18/19 is open for the season across North America,” Kristin Rust, director of public relations at Alterra Mountain Co., told SGB. “Most of our destinations open around Thanksgiving, so to have big snow totals and incredible images circulating helps us inspire skiers and riders to start making their plans to visit our mountains.”

Granted, companies like Alterra, Vail Resorts Inc. and Peak Resorts Inc.—three of the largest ski area owner/operators in the U.S.—rely on much more than early season storms to attract visitors. Business is too important to let weather dictate success.

Each giant regularly invests in snowmaking so their mountains can survive a dry spell, plus they’re regularly replacing lifts and adding new terrain to entice new and returning visitors. On top of that, they’re continually adding non-skiing amenities such as lodges or dining options so their resorts are welcoming to those who aren’t only interested in making turns.

“We are aggressive snowmakers,” Jesse Boyd, Peak Resorts’ vice president of operations, told SGB. “We’ve invested a lot of capital in it over the years. The natural snow is a wonderful bonus, but most of our ski resorts are set up where as long as it’s cold we can make snow almost everywhere. We’ve been able to put ourselves in a good spot. We feel like between Hunter Mountain, Mount Snow and Wildcat Mountain, we have the best early season offering in New England. All those resorts are good snowmakers and they’ve been able to open a lot of acreage in November and into early December.”

Still, nothing beats a good old blizzard—something Boyd, an avid skier himself, was quick to agree with—and the start to the 2018/19 ski season has many resort owners feeling like their prayers were answered.

“If you have a strong start,” Boyd said, “it’s very great for momentum going into the Christmas holiday.”

And momentum is building across the U.S. with numerous ski areas opening earlier than usual. For example, Peak Resorts’ Mount Snow in Vermont and Wildcat Mountain Resort in New Hampshire opened October 27, the earliest opening dates in each resort’s history.

In Colorado, many ski areas started spinning lifts ahead of schedule, including Aspen Highlands, Breckenridge, Eldora and Keystone, while others dropped the rope on terrain that sometimes isn’t accessible until mid-winter. Vail, for example, has already opened its back bowls, which didn’t see (legal) tracks last season until January.

While the National Ski Areas Association doesn’t release skier day statistics until the end of the season, the organization’s president, Kelly Pawlak, said that based on conversations she’s had with several ski areas, pass sales and turnout are trending in a positive direction.

“It is always good to have a strong start to the season to address the pent-up demand and to jump-start the season,” Pawlak told SGB. “Early openings tend to accelerate the season forward and often help sell season passes, future lodging reservations and ski and snowboard gear. The early start is also showcasing the massive capital investment that our industry spent this year (almost $400 million.) With 27 chairlift installations, across the U.S., we are confident that guests will be excited with the early snow and improved experience.”

The early snow should indeed be a boon for sales of the increasingly popular multi-mountain passes. As Alterra’s Rust noted, the last day for skiers and snowboarders to purchase an Ikon Pass is December 13, giving folks who might be watching the snow fall from afar the motivation needed to go ahead with a purchase.

Vail Resorts, which reports quarterly earnings next Friday, December 7, was unable to comment on specific pass sales numbers, but Liz Biebl, Vail’s director of brand communications, told SGB that “with so many resorts opening and some ideal early season conditions, we are extending the Epic Pass deadline to Sunday, December 2.”

She added that in Colorado, the company’s Vail, Beaver Creek, Breckenridge and Keystone resorts “all opened early and continue to open more terrain,” including Breckenridge opening its Imperial Express SuperChair on Thanksgiving and Vail opening its back bowls the Sunday after Thanksgiving.

Analysts are taking note of the strong start to the season. In the first of his seasonal, bi-weekly “snow tracker” notes to investors—which analyze the skiing industry with an emphasis on publicly held Vail Resorts—Brett Andress of KeyBanc Capital Markets broke down the current snowfall and terrain in four of the country’s major ski regions:

Look for those numbers to improve following the current spate of storms on the radar. Andress also looked specifically at Vail’s portfolio, noting the company has 18 percent of terrain open versus 9 percent in November 2017.

“While still early, trends across MTN’s portfolio are tracking above historical averages led by well-above-average CO snowfall and two storms dumping on UT/Tahoe over the past week,” he wrote. “We estimate November and December combined represent [less than] 20 percent of full season revenue, but view the setup thus far favorably as forecasts are calling for NT [near-term] snowfall.”

Plentiful snowfall at the start of the season is icing on the cake for resorts, according to Boyd, but even when a ski area has only a few trails open, there is usually a buzz surrounding November and December skiing. Sometimes, just making turns is enough to get people stoked.

“It’s funny how people react,” Boyd said. “In the early season, there’s usually a lot of demand and lot of excitement when there’s very little terrain open, and at the end of the season when we’ve got all this snow and the conditions are great, people are burned out and ready to start playing golf. It’s really interesting this time of year to see the excitement from all of our guests who just want to get out on the snow because they haven’t skied in six months.”