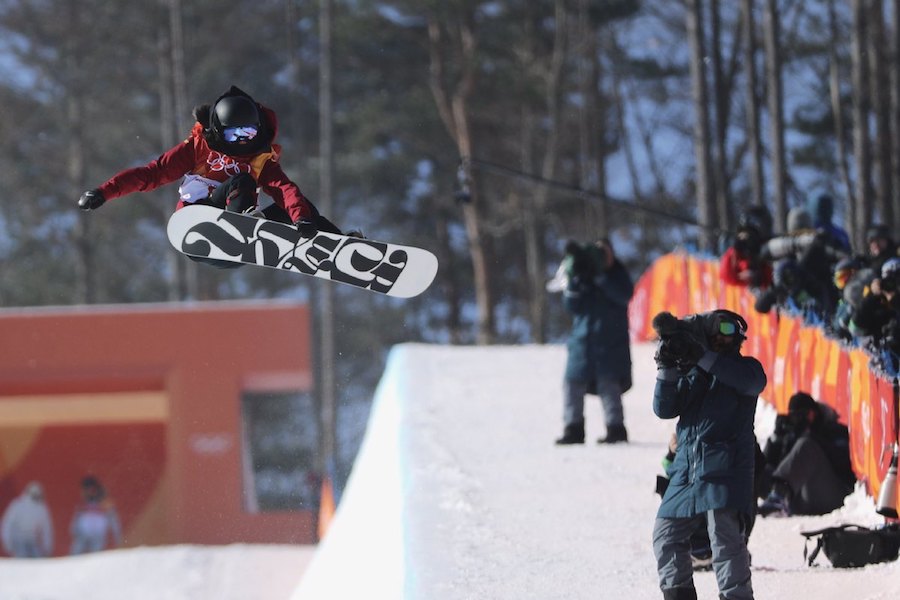 Author’s note: This is another article in SGB’s occasional series on the Business of Snow and a companion piece to SGB’s report on U.S. snow sports brands expanding to China. Click here to read Snow Sports Industry Eyes China As Last Untapped Market.

When Chinese snowboarder Liu Jiayu won silver in the halfpipe at the PyeongChang Olympics last February—the nation’s first and only medal in snowboarding—she raised the sport’s profile in her home country and gave notice to the world that China’s riders have arrived on the big stage.

But her podium-capturing performance also had a significant business impact. Liu, whose image and snowboard were splashed all over television screens whenever she got big air in the pipe or celebrated after a high-scoring run, garnered plenty of media attention for one of her primary sponsors, Burton Snowboards.

What’s less known is that this wasn’t the Chinese audience’s introduction to the Burlington, VT-based brand that is synonymous with snowboarding around the globe. Though its presence in China is relatively small—for the moment—Burton has been selling snowboards there for 15 years.

With the Olympics being held in China in 2022, and all the buzz leading up to the games expected to escalate over the next three years, the company is poised to start reaping the benefits of that early entrance into the market.

This SGB case study looks at what drove Burton to go to China before most brands, the strategies it laid out for establishing a presence there, why it has been patient with respect to revenue growth and what’s on tap for the iconic snowboard maker not only ahead of the 2022 Olympics but also for the possible post-Games winter sports boom.

The early days of trying to sell snowboards to a population that didn’t know much about snowboarding—much less participate in it—was a huge challenge for the company, according to Craig Smith of Burton’s APAC (Asia-Pacific) office.

“The market was much different than it is today,” Smith told SGB recently from his office in Japan, where he is based. “At that time, we knew that China someday would be a significant growth opportunity for us, we just didn’t know when. We’ve been very patient with the market there.”

Very patient is an understatement. When Burton started selling product in China in 2003, Smith said the first hurdle the company faced was a big one: “There’s no translated word for snowboarding in Chinese,” he said.

The term “snowboarding” translates to “single board skiing” in Chinese, Smith said, while the translation for half pipe is “u-shaped course,” neither of which is very exciting. But the APAC team leading Burton’s China expansion wasn’t deterred or dismayed with this barrier or the fact that China didn’t have the infrastructure to grow snowboarding.

Instead, they took it as an opportunity to teach the Chinese about the sport the company helped create, with high hopes their grassroots effort would someday pay off. “As we got things going for snowboarding in China, there was a lot of education,” Smith said, “and that really has been the key.” 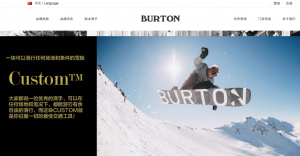 Along with educating China’s small but slowly growing snowboard community, the company continued to invest resources in China above and beyond its manufacturing footprint there. Burton in 2006 hired its first employee in China, and a few years later, in 2013, the company opened a wholly foreign owned entity in Beijing.

The Beijing sales and marketing office now employs 12, which, combined with a 23-employee R&D center in Shanghai and some hard goods manufacturing in China, gives Burton a sizeable presence. It also makes the company unique in the snow sports space.

“There have been a few other companies coming in to try to invest early but they hadn’t been too successful,” Smith said. “Our sales have increased significantly every year—40, 50 percent growth every year—although sales in China are less than 5 percent of our total global sales at this time. The market is still in its infancy, but it’s really starting to take off.”

The market might be taking off now—especially with the Olympics coming to China in 2022, the government pledging to create 300 million winter sports participants and new resorts being built—but Burton committed to the nation a good 12 years before the IOC even announced it would host the games.

Since Burton had the foresight to plant its flag there well in advance of the potential winter sports surge, it was only fitting to analyze how the company approached this new market. Smith, who has been working in Burton’s APAC office 14 of his 19 years with the company, spoke at length with SGB and shared some best practices for establishing a presence in China.

1) Create an authentic brand story. A company without a clear marketing and branding position will languish without a message that resonates and, therefore, will never generate meaningful revenue. Authentic branding begins with a strong position at home, especially since more Chinese are traveling to ski and snowboard destinations and might encounter it first on U.S. soil. That will help create a strong impression when they’re back on their turf. “The Chinese are very, very astute consumers and they are drawn to something that has a good story, a good history, a lot of heritage,” Smith said. “They really lock onto those type of brands and appreciate the brand stories. Of course, the core riders in China learned about Burton by traveling internationally. That’s really how they started to find the brand and began their journey with the brand.”

2) Be present and visible. As part of learning the business culture over the last 15 years, Burton made perhaps its strongest branding move by sponsoring the Chinese national snowboard team. The company has sponsored the team since its debut in 2005—which was formed a few years after the Salt Lake City Olympics, where Burton riders excelled—and recently renewed the contract. “That was part of the early strategy, just building a history in China and trying to support not only the sport itself, but also the government’s efforts into making some strong riders like we do in other markets,” Smith said. Burton did even more to endear itself to China’s snowboard community by sponsoring a “big air” event in Beijing in 2006, and while there wasn’t a ton of momentum created from that, Smith admitted, it showed a commitment to the sport and the country.

3) Build trust with local partners. Everyone SGB interviewed for this series on expanding to China said the same thing about establishing a trustworthy partner in China (or any international expansion, for that matter). Connections can be found through, among other sources, Snowsports Industries America or manufacturing partners a company already works with in the country. “Find someone who you can trust on the ground in China,” Smith said. “It certainly helps to get entry into the market by trusting someone who translate on the language but also the culture. Because there are a lot of cultural differences.”

4) Employ local ambassador assistance. There’s only one Shaun White and one Chloe Kim, of course. Any brand that can showcase its sport’s most dominant male and female athletes on the world’s biggest stage—the Olympics—has a strong advantage. But Burton also was strategic when it signed Liu, whose aforementioned moment on the podium and on the television screens across China was invaluable for Burton and snowboarding. “The Chinese people are actually very proud of their country and the amount of media attention that she got after the Olympics was significant,” Smith said. “Liu Jiayu was all over [the Chinese network] CCTV and she’s become the first person to expand the sport outside the core. She does get a lot of mainstream media attention, which we see as a huge positive for the sport because it introduces more people to the sport.”

5) Be patient but be ready for the market to explode. The Olympics are three years away, which means the sales opportunities in China are on near-term horizon as the country works to build momentum for a large-scale snow sports marketplace. The biggest question surrounding selling hard or soft goods into China isn’t if the Chinese market will welcome them but if it will continue after the Games are over. For Burton, that is a risk it’s been willing to take and continues to believe in. “We’re very bullish on the snowboarding potential, not just the sport but also the lifestyle,” Smith said. “We’ve been very patient and waiting for the exponential growth in the market for the snow industry and it’s upon us. Everything is aligned now.”

To borrow an old phrase about planting a tree, the best time for a snow sports brand to launch a China expansion was 20 years ago (or 15, in Burton’s case), but the second best time is now. With the Olympics arriving in a little more than three years plus the investments in ski resorts happening around the country, Burton’s personnel, supply chain and branding position are ready for the market to take off.

The last 15 years has helped the company build an ideal balance between sales of hard goods (60 percent) and soft goods (40 percent). Burton operates four branded stores with another coming next year to Beijing, and it sells through e-commerce on TMall and JD.com. And the brand is preparing to open a Burton Hub in Beijing next summer to capture even more mind and market share.

Smith said China, like most international markets, has its own idiosyncrasies and quirks, including the fact that “you can’t underestimate the influence of the Chinese government,” he said. But the Burton blueprint is undeniable and can help a company forge its own success with the vast potential China offers the snow sports industry.

The excitement of the opportunity at hand grows each day. Smith was in Beijing a couple of weeks ago with Burton founder Jake Burton Carpenter, and among other tasks, the two met with local government officials—meetings that reaffirmed for Burton’s leadership team that the commitment to China was, and will continue be, a sound business decision.

“We had a chance to meet with the mayor of Beijing and he is very, very focused on making sure the Winter Olympics are the best Winter Olympics ever, and they will be. It’ll be amazing,” Smith said. “They’re so far ahead of the buildout for 2022, and I think that the industry is going to see some exponential growth here very, very quickly.”