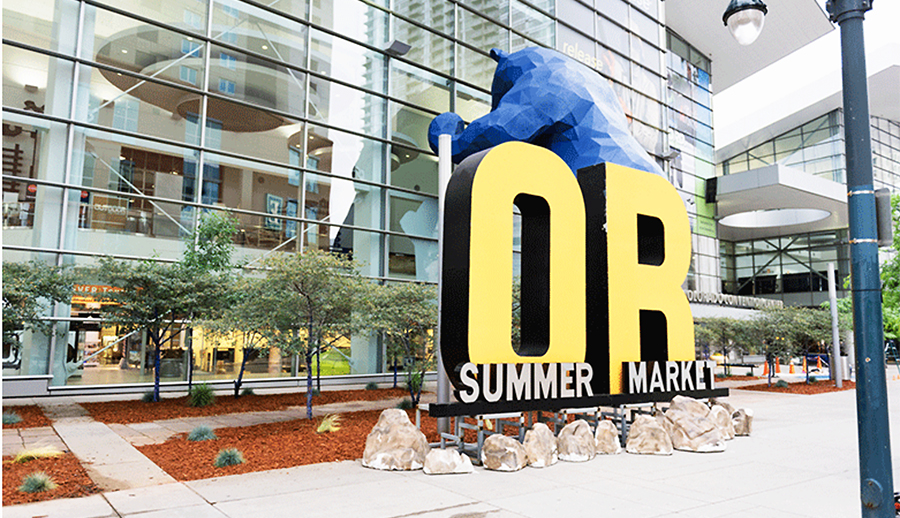 Outdoor Retailer ended weeks of speculation Thursday afternoon when it finally pulled the plug on Summer Market, which had been scheduled for June 23-25 in Denver, CO.

As SGB reported Thursday afternoon, the outdoor industry’s signature event was the latest trade show to fall victim to the coronavirus, which has ravaged U.S. business activity in recent weeks and will likely do so for months to come—not to mention the human toll it’s taking each day.

The decision was an obvious but still difficult one as social distancing measures and stay-at-home orders show no signs of slowing down.

“This is an unprecedented situation. In a world with so much uncertainty right now, we can take steps to help mitigate the spread of COVID-19 and support our industry through these challenging times,” said Marisa Nicholson, Outdoor Retailer senior vice president and show director. “It was a difficult decision to make as Summer Market is integral to the business of many and it’s the outdoor industry’s chance to gather as a community, but protecting the health and safety of everyone remains our top priority.”

Although the traditional trade show format won’t take place physically under the Colorado Convention Center roof, a digital version of the show is in the works to unite the industry virtually. Outdoor Retailer said it is “actively designing digital platforms to provide the outdoor industry with support and solutions through the summer buying season and moving forward.”

“There’s no way to replace everyone coming together,” Nicholson told SGB Executive on Friday morning. “The impact that the show has from a face-to-face value and what people gain is irreplaceable. But we feel like we have some tools and platforms that can help to support brands’ marketing strategy for the spring/summer 2021 line. We want to reinforce their ability to buy and sell between the brands and the retailers.”

The cancellation is a big loss for the outdoor industry, even if the purpose of the show has evolved over the years from an order-writing event to a place for the so-called outdoor industry “tribe” to gather in one place for three days of product showcase, networking, education sessions and happy hour revelry.

Lise Aangeenbrug, executive director of Outdoor Industry Association, which shares revenue with OR for the show, said the organization supported Emerald Holding Inc.’s decision to cancel the show.

“While we will greatly miss the gathering of our outdoor community, it is the right thing to do for our industry, our partners and our larger community across the world,” she said in a prepared statement. “It is critical that we do our part to slow the spread of the virus and keep everyone as healthy as possible. The outdoor industry is best when we are working together for the greater good, and this moment in time is no different. From the production of personal protective equipment for health care workers to advocacy of safe and responsible outdoor access, the industry is finding important ways to support the pandemic response.”

No Choice But To Cancel
Some expected Outdoor Retailer to cancel much earlier than April 2. The company had released two alerts during March stating that while the company was weighing its options and taking the threat of the coronavirus seriously, the show would still go on.

On March 4—around the time the coronavirus outbreak was ramping up across the U.S.—Outdoor Retailer issued its initial statement that it was moving forward with the event. Two weeks later, in its March 20 statement, the company said the show would go on even as the situation had worsened; other shows were being canceled, ski resorts had shuttered for the season and outdoor gear shops had temporarily closed.

As cancellations and postponements of large-scale gatherings kept being announced, OR fell in line.

“As we watched the coronavirus start to have an impact here in the U.S., we took a much more proactive approach in reaching out to our customers and trying to understand the impact that it was having on them,” Nicholson said. “Initially, it wasn’t affecting brands’ production schedule. But then it began to snowball. The feedback we got from our constituents helped us understand what was happening within our community, from a brand, retailer and rep perspective.”

The coup de grâce for Outdoor Retailer was perhaps administered last week. On March 27, ISPO canceled its OutDoor event for late June in Munich, saying it wouldn’t hold the event again until June 2021.

“Under these circumstances, it is not reasonable to go ahead with OutDoor by ISPO as scheduled—for health and economic reasons,” said Klaus Dittrich, chairman and CEO of Messe München, who is responsible for OutDoor by ISPO. “We are now looking ahead and working together with the industry to organize a successful OutDoor by ISPO 2021.”

And on March 30, Grassroots Outdoor Alliance canceled its Grassroots Connect show scheduled for June 12-15 in Knoxville, TN, due to the coronavirus. The organization will provide a “digital framework to support the spring buying cycle during the month of June” for member organizations.

“By announcing this change now, our hope is that we will give all of our members and partners as much time as possible to work toward this common goal,” said Rich Hill, president of Grassroots Outdoor Alliance. “We are creating a transparent, easily accessible process that can be shared with all independent specialty retail stores to help everyone get through this challenging season.”

With those two signature outdoor events either on the shelf or retooled to a digital format and grumblings across the industry that it was time for Outdoor Retailer to do the same, the company had no choice but to follow suit.

A Significant Hit To Emerald
Sandwiched between Outdoor Retailer’s announcements stating that the show would go on, the show’s parent company, Emerald Holding Inc., announced a series of event cancellations and postponements without including Summer Market in that initial list.

On March 17, Emerald said it would not stage any events between then and early June. That time frame excluded Outdoor Retailer Summer Market, set for June 23-25.

To date, the company said it had postponed 20 events originally scheduled to occur between March and June, equating to approximately $45 million of 2019 revenue. The event owner said it had also canceled 10 events that accounted for approximately $50 million of 2019 revenue. Emerald’s stock (EEX) has lost about 80 percent of its value in the past two months. Now valued at less than $2, it was around $14 a year ago.

Emerald noted that it maintains “event cancellation insurance to protect against losses due to the unavoidable cancellation, postponement, relocation and enforced reduced attendance at events due to certain circumstances, including communicable diseases.” The company also is in the process of pursuing claims to offset the financial impact of those show cancellations and postponements.

Just as it is for every event canceled, the loss of Outdoor Retailer stings financially. Nicholson said she couldn’t quantify the projected dollar loss, but the show falls in Emerald’s second tier of shows that have a revenue range of $10 million to $20 million.

“It’s a financial impact for everybody, not just us, but also our partners and our customers, many of whom are smaller and don’t have the opportunity to connect like they do at this show,” she said.

Not only is it one of Emerald’s biggest shows, but it comes just a few months after Outdoor Retailer killed its Winter Market, which was scheduled to be held last November until the company decided to merge that event with Outdoor + Snow Show in January.

Canceling Winter Market, which reduced the annual OR show cycle to two, cost Emerald Expositions $5.5 million in the fourth quarter, the company said in its mid-February Q4 earnings report.

That revenue hit was just one headwind that Emerald faced in 2019. The company reported sales declines of 21.2 percent in Q4 and 5.2 percent for the full-year of 2019 driven by the Outdoor Retailer consolidation and such event cancellations as Surf Expo (a one-time dissolution due to Hurricane Dorian) and Interbike.

What’s Next?
With Summer Market off the calendar, a door has opened for the Big Gear Show, a new outdoor hardgoods-only trade show scheduled for late July in Salt Lake City, UT.

If the coronavirus spread has been contained in the next month, could that event go on and perhaps attract exhibitors who hadn’t planned to attend because they had previously committed to OR? The show’s directors said they are currently planning to host the event but monitoring the situation closely.

Meanwhile, the lack of Outdoor Retailer Summer Market in 2020—along with no ISPO, Grassroots Connect or Kick Show, among others—is sure to bring up the value of trade shows.

SGB Executive will soon be looking at their viability in light of the coronavirus’ impact on large-scale gatherings, including a cost-benefit analysis of attending live events and how the industry will react to the coming pivot to digital show formats.

Outdoor Retailer will host its next show in late January 2021 with Outdoor + Snow Show in Denver. Nicholson, in fact, said her team is already working on that show and therefore doesn’t expect layoffs with this cancellation. If anything, that show could be bigger than ever since the industry will have not been together in a year.

“When we all come back together in January, there’s going to be a real sort of celebration of what our industry gathering means to everybody and how important that that face-to-face is,” she said. “You can’t put a price tag on the value of that.”