What’s In The Economic Stimulus Package? 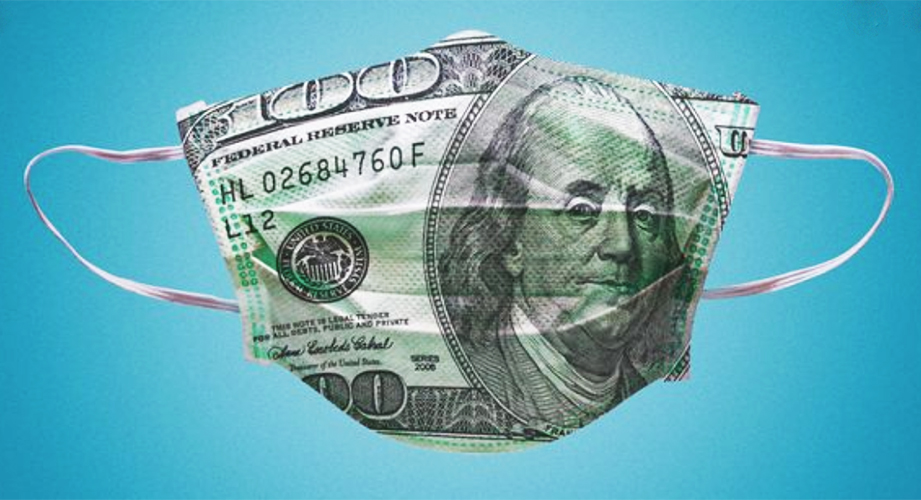 Officials from Monument Advocacy, a leading, bipartisan government and public affairs firm in Washington, D.C., Thursday, in a webinar held by the Outdoor Industry Association (OIA), provided a deep dive into what the $2 trillion stimulus package, called the Coronavirus Aid, Relief and Economic Security (CARES) Act, means for businesses and workers.

McAlvanah first covered the early coronavirus response from Congress and the Trump Administration.

Phase One of the coronavirus stimulus package, enacted March 3, covered $8.3 billion in funding and almost entirely focused on the overall medical response. More than $3 billion went to vaccine research and therapeutics. Over $2 billion went to medical preparedness and prevention. Funding also went to Medicare, telehealth and medical supply purchases. Initial funding was also provided to allow for disaster loans in impacted states.

Phase Two of the coronavirus stimulus package, enacted March 18, covered $100 billion in funding and was the first to recognize that many Americans would be losing their jobs as a result of the virus. Funding went to states to assist with unemployment insurance increases, $1.2 billion was provided for food security programs, including SNAP; and testing for COVID-19 was made free for all Americans. For businesses, a major part of Phase Two was a requirement that small businesses provide family and sick leave. A tax rebate structure was set up to pay for it.

Hawks said the CARES Act is more of a stabilization package than a stimulus package aimed at providing a bridge for businesses and individuals during the quarantine period. He said the main impetus on the massive bill was “paycheck protection,” and he described the efforts as “a wholesale federalization of payroll for several months, just in an effort to stem unemployment.”

The CARES Act was drafted by Senate Republicans and faced a nearly week-long negotiation with Democrats focusing on increasing unemployment benefits and social safety net programs. Overall, however, Hawks said the massive bill was rushed by legislators “in an effort to get the money out the door,” said Hawks. The act is still in the early days of implementation with many of the regulations still being written.

For businesses, a major part of the bill is the SBA’s Paycheck Protection Program (PPP) that includes $350 billion in federally-guaranteed SBA 7a loans to businesses with under 500 employees and some additional businesses

Under the program, if employees maintain their payroll, the loans would be forgiven for an eight-week period. The size of the loans would be tied to an applicant’s average monthly payroll, rent, utility payments, mortgage and other debt obligations over the previous year. Hawks stressed, ‘It doesn’t just have to be payroll. You can roll up other needs into your application.”

The maximum loan amount is $10 million. The loans can be attained by any bank that has been approved under SBA. Hawks added, “If you already have an SBA loan through a bank you’re already affiliated with, the SBA, along with Treasury, has delegated a lot of authority in their rollout this week to those local banks to basically make decisions.”

Treasury Secretary Steven Mnuchin has stated that the administration is setting up a system for borrowers to receive funds on the same day they submit an application. SBA has further noted that they are not going to review initial lender decisions.

As far as when the loans may arrive, Mnuchin said Monday that small business loans will be made available starting April 3. That goal was confirmed by the SBA.

Initial applications will be limited to small businesses and nonprofits. Loans for sole proprietors and independent contractors will see at least one week of delay with April 10 the likely start date.

About $500 million in funding provides loans and loan guarantees for distressed economic sectors. A total of $32 million is supporting the airline industry, but the majority of the funding, $454 billion, consists of loans, loan guarantees and investments in support of the Federal Reserves lending facilities to eligible businesses, states and municipalities. The Treasury Department has sole discretion of allotting the funds to eligible businesses, and more information over the rules and regulations around the loans are expected soon.

For small businesses, in addition to the SBA’s PPP program, other benefits from the CARES Act include employers being able to defer certain payroll taxes through the end of 2020. Deferred taxes will not become due until the end of 2021 and end of 2020, with 50 percent of the liability being paid at each date.

An employee retention tax credit is also available for struggling businesses that are not eligible, or choose not to participate in, the SBA’s PPP program. It provides 50 percent credit for wages paid to furloughed or reduced-hours employees.

Businesses will also have access to Economic Injury Disaster Loans (EIDLs), which are lower interest loans of up to $2 million, with principal and interest deferment available up to four years. These loans are available to pay for expenses that could have been met had the disaster not occurred, including payroll and other operating expenses.

Another available option is Economic Injury Grants, which are emergency advances of up to $10,000 to small businesses and nonprofits harmed by COVID-19 within three days of applying for an SBA EIDL. To access the advance, a business would have to first apply for an EIDL and then request the advance.

Said Ellis, “The point here is that there are a lot of different options that are available, whether it’s on the tax side or on either direct grants from the FDA in terms of emergency loans or through the EIDL program as well.”

The CARES Act also expands on the family and sick leave requirements that were part of the Phase Two stimulus package. Overall, EIDL said employers are required to offer employees two weeks of paid leave. Full wages are required if they are quarantined due to order or COVID-19 exposure. Two-thirds of wages are required if they are caring for a family member or child. The bill also expands the Family and Medical Leave Act, (FMLA), to cover an additional 10 weeks of paid leave related to COVID-19.

The CARES Act also includes $250 million for expanded unemployment insurance. Under this plan, an additional $600 million will be provided per week in unemployment benefits for up to four months for all recipients. Said McAlvanah, “So no one will receive less than $600 per week.”

As typical, the total amount of unemployment compensation depends on each individual’s state’s rules and the individuals’ previous earnings.

As far as how the expanded unemployment insurance will be implemented, the additional $600 is available now. Unemployment is administered by each state, but the CARES Act includes incentives for states to waive the week that it usually takes for applicants to receive benefits. As usual, individuals can apply for unemployment online in their home state.

A final major component is over $300 billion in direct payments to Americans. One-time checks of $1,200 will be sent to individuals with adjusted gross incomes up to $75,000 or $112,500 in the case of those with a head of household filing status. All married couples — with adjusted gross income up to $150,000 — who file a joint return are eligible for $2,400. Check amounts increase by $500 for every child. Estimates are that 90 percent of Americans will get some level of payment.

There are plans to create a portal for individuals who want their payment to be made through direct deposit. The IRS announced on March 30 that payments would begin to go out within three weeks. The Treasury also, in recent days, indicated that Social Security recipients who don’t file a tax return will get checks without additional paperwork.

The expected Phase Four bill is expected to support recovery efforts but is not expected to be as bipartisan as the first three. Republicans have been taking a wait and see approach and want to see how the first three packages play out. Democrats are beginning to discuss and draft potential provisions.

Some areas where Democrats and Republicans appear able to find agreement is over infrastructure with President Donald Trump calling for a $2 billion infrastructure package. Some in Congress see an infrastructure package as an opportunity to capitalize on the political moment and low-interest rates. Actual construction on projects would likely have to wait until after social distancing guidelines are relaxed.

The two sides should also agree on additional funding to states. Given additional strains on state social services, lower transportation ridership, and increased unemployment, states that have been hit hard by COVID-19 are looking for help from the federal government to make up for budget shortfalls. In Phase Three, Democrats initially asked for $750 billion in states funds; the final product included $150 billion.

Trade and taxes offer other potential provisions for Phase Four. On tariffs, members of Congress and trade associations have asked that tariff collection be delayed or suspended outright for a period of time (potentially three months). The Trump Administration may preempt any legislative push on tariffs by suspending collection on some categories of tariffs.

On taxes, Democrats have suggested a narrowly-tailored rollback caps on states and local tax (SALT) deductions that were included in the 2017 Tax Reform bill for middle-class Americans. Ellis noted there may be a push for renewable energy incentives, as well as tax provisions that incentivize onshore production for pharmaceutical and medical supply manufacturers.

Finally, over 20 trade associations are calling for the establishment of a Business And Employment Continuity And Recovery Fund and members of the House are considering such a proposal.

The recovery fund, modeled after the 9/11 Victims Compensation Fund set up in the wake of the September 11, 2001, would be funded by the federal government and under the authority of a special federal administrator. This administrator would have the ability to enter into contracts with interested businesses to administer the recovery fund and to facilitate the distribution of federal funds and liquidity to impacted businesses and their employees.

The relief would be tied to requirements to keep employees on the payroll, maintain worker benefits, and meet debt and rent obligations.

Similar to the PPP, the program, expected to be conducted through grants, would be designed for small businesses and it’s unknown yet whether larger businesses would qualify.

McAlvanah said that even if the fourth stimulus bill were to pass in late April or May, it would likely not be the last major legislative response to COVID-19. He said, “Until we turn the corner there will continue to be stimulus efforts.”

“This is going to define the election,” said McAlvanah. “You’re going to see congressional offices transform their operations into COVID-19 service organizations.”

“You should take advantage of that,” added McAlvanah by working with OIA or reaching out to members of Congress. He said members are looking for fresh ideas on how to inject fresh funding into the economy quickly. Said McAlvanah, “Congressional offices are going to want to be seen as taking action, especially for businesses.”

The OIA webinar can be viewed HERE.