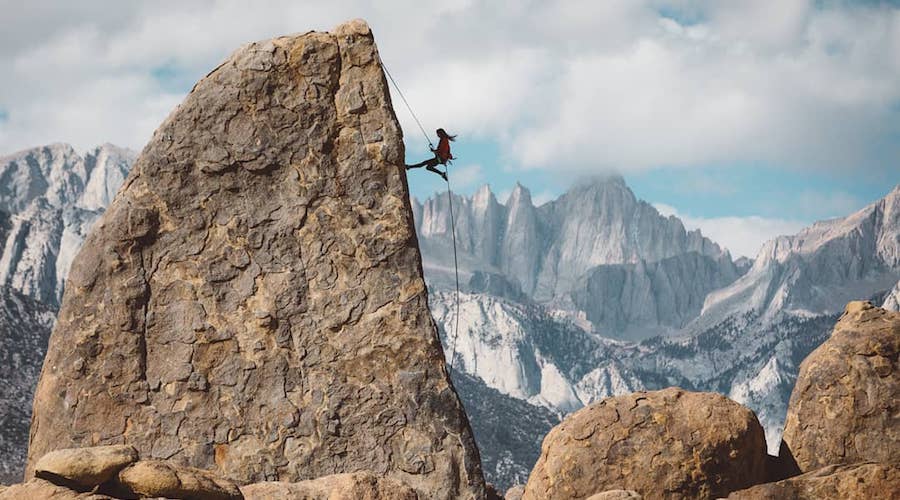 Italy-based Oberalp Group on June 21 broadened its focus on mountain sports by announcing the acquisition of U.S. climbing shoe brand Evolv. That was just one highlight from a busy month for M&A in the active lifestyle space that also included deals in the fishing and fabric categories.

“We aren’t doing what all the other brands are doing. They straddle in the outdoor segment. There are even some haute couture brands coming in the outdoor industry,” he said. “We are doing the opposite. We are focusing only on mountain.”

Evolv will remain based in Los Angeles, CA, and led by Brian Chung, the founder and long-time product manager who stays on with the brand in L.A. to continue his roles of product and brand management.

For more on Oberalp and its brand strategy, click here to read our feature from last February on Engl. And look for a Q&A with the company’s North America general manager, Drew Saunders, soon in SGB Executive.

Here is the least you need to know about these top active lifestyle M&A deals from June:

Reaction — “We only do what we understand and are enthusiastic about. And that is the mountain, even in the form of a climbing hall. Our approach is focused on one theme—mountain sports. This is why the Evolv brand fits so well into Oberalp’s brand strategy. The acquisition of Evolv—with a clear focus on climbing shoes and a leadership position in its segment—was a logical step.” —Christoph Engl, CEO, Oberalp Group

What’s next? — Oberalp plans to invest in the Evolv brand for growth in its home markets of the U.S. and Canada—and to use the strength of Oberalp’s international distribution to grow the brand in Europe and Asia. Drew Saunders, general manager of Boulder, CO-based Oberalp North America, said this about the deal: “We are excited to work with Brian and the Evolv team to elevate the brand at home in the U.S. and Canada, as well as abroad. With the strength and momentum of the brand paired with the value that we can add through our existing infrastructure and team, there is great potential for Evolv as the newest member of the Oberalp house of brands.”

The 411 — O. Mustad & Son, a Norwegian-based manufacturer and marketer of fishing hooks and accessories, has acquired TUF-Line, the recreational fishing line business of Western Filament, a Grand Junction, CO-based provider of synthetic fiber materials. Financial terms of the deal weren’t disclosed. (Editor’s note: This deal closed at the end of May but wasn’t published in time for SGB’s May M&A Roundup.)

Reaction — “We are thrilled to be working with a company that has such a rich history and has been an industry leader for so many years,” Nelson said. “Through Mustad’s leadership, marketing, and expertise of the fishing tackle industry, we are confident that TUF-Line will help Mustad exceed their goals while reaching its true potential as a globally recognized brand.” –Rex Nelson, President, Western Filament

What’s next? — The TUF-Line brand will retain its name because it is a “premium quality brand” that “can—and should—stand alone,” O. Mustad and Son Americas President Jordan Davis told SGB in our feature article, Behind The Deal: Mustad Hooks A Keeper In TUF-Line. The move should prompt Mustad to be more acquisitive, based on what Davis and Nate Pund of Houlihan Lokey, who represented Mustad in the deal, told SGB. “Mustad is seeking to add select acquisitions to further strengthen their leading portfolio of products,” Pund said. “We’ve have been retained to assist the company and have identified a number of potential targets and have initiated several ongoing conversations.”

Polartec To Be Acquired By Milliken

The 411 — Milliken & Co. announced that it signed a definitive agreement to acquire Andover, MA-based fabric technologies maker Polartec LLC from Versa Capital Management LLC. The addition of the Polartec brand—particularly its outdoor and fleece textiles—rounds out Milliken’s portfolio. Financial terms of the deal weren’t disclosed.

Reaction — “Polartec brings a wealth of new and respected outdoor textile expertise to complement Milliken’s strengths. The strategic acquisition broadens our textile capabilities with a product offering to now include fleece and soft-shell outerwear, among others, allowing us to grow in new and exciting spaces.” –Halsey Cook, President and CEO, Milliken & Co.

What’s next? — Two weeks after the announcement, Milliken named Steve Layton president of Polartec. Layton said of his appointment: “It is an honor to lead the Polartec business as we embark upon our next era of success,” Layton said. “Polartec is preceded by a strong reputation. I look forward to working with the team to further it in the market.”

**Other deals from last month. In case you missed it, here are other notable deals—announcements of either new acquisitions or ones that closed—that occurred across the active lifestyle industry in June (click to read SGB’s coverage when the transaction was announced):