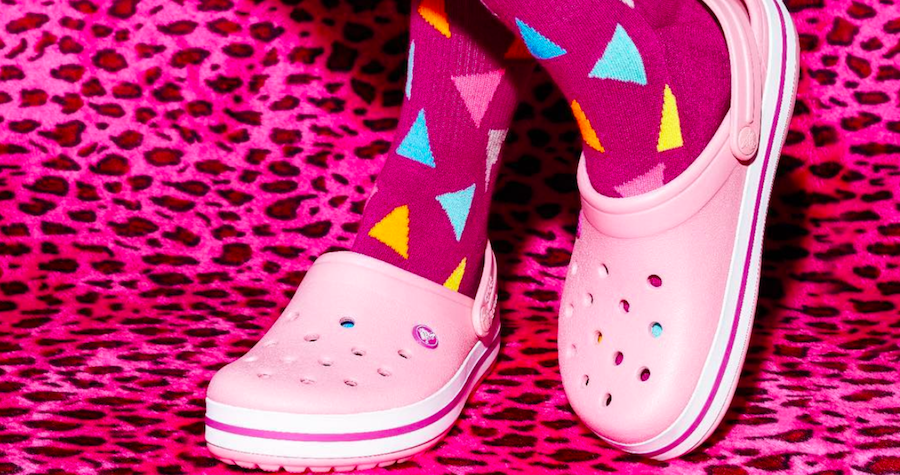 Crocs Inc.’s “Come As You Are” branding campaign is paying off for the company in measurable and impressive ways.

Crocs reported first-quarter earnings of $12.5 million, up 73.6 percent, as sales of $283.1 million improved 5.7 percent while operating expenses declined. Results topped Wall Street’s targets and Crocs executives said the year-old branding campaign is one of the chief drivers behind this performance.

“We continued to enhance the Crocs brand with the second year of a highly successful ‘Come As You Are’ campaign,” President and CEO Andrew Rees told analysts on Tuesday morning’s earnings call. “And by executing against our strategic priorities, we once again delivered financial results that exceeded our guidance.”

Rees said “Come As You Are” is bolstered by the recent release of “Crocs The Musical,” starring actress and Crocs spokesperson Drew Barrymore. Crocs has seen the number of impressions across the company’s global social media channels grow approximately 90 percent and engagement rates increase approximately 250 percent, according to Rees.

“In 2017, brand perception improved dramatically,” Rees said. “As I have discussed in our prior calls, we generated double-digit improvements in brand desirability, relevance and esteem in year one of our campaign. And engagement continues to grow as consumers increase their interaction with our brand socially, online and in-store.”

When asked about differences across gender with brand perception and engagement, Rees said the company is seeing higher female engagement.

The campaign, along with the new LiteRide collection that debuted March 1, is “bringing new consumers to the brand,” Rees said.

When asked during the Q&A session to expand on LiteRide, Rees outlined three components: “There’s a clog; there’s a number of sandals and there are some athletic silhouettes,” he said. “I would say the clog is driving the largest portion of the revenue and the athletic silhouettes that we have; we plan them to be pretty small. They are dramatically exceeding expectations, but that’s a relatively small expectation.”

Another topic brought up during the Q&A session was about whether Crocs has “knocked on the door of fall/winter product.”

Rees said Crocs is focused on “driving growth where we can most reliably … and frankly that’s in the summer season. That’s where we can see the biggest gains. That’s where the brand is well-positioned. So, that’s our primary focus. Then we’re focused, as you know, on clogs and sandals, as you kind of see in our Q1 results. And frankly, as you also saw in Q4 of last year, those initiatives are working.”

While the seasonal business of Crocs doesn’t lend itself to specific fall/winter products, Rees said, “we do believe clogs, lined clogs and sandals can sell well, and as they have sold well in the back end of last year in that season. And we have a lot of business outside the United States in warm weather parts of the world. As you look at Southeast Asia and as you look at the southern hemisphere, we really rely on those markets to counteract slower business in the northern hemisphere.”