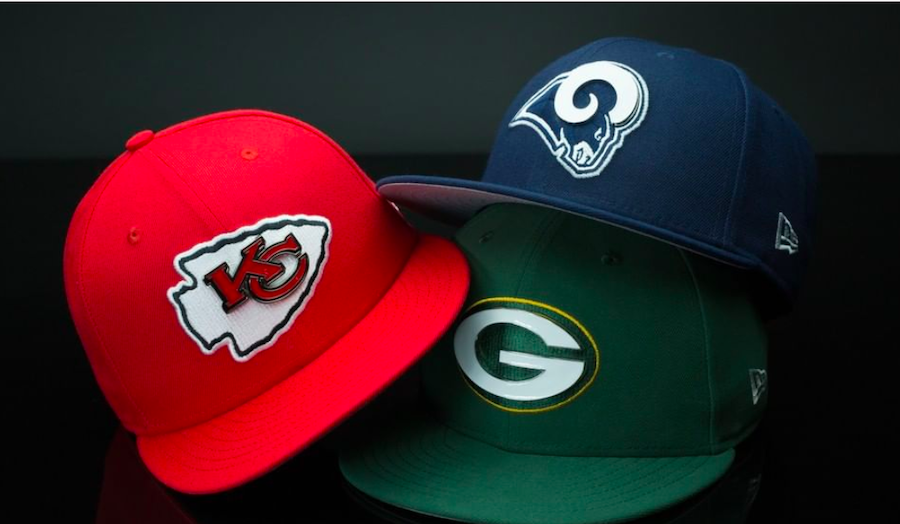 While ending up with a skimpier price than hoped for, Genesco finally found a buyer for Lids to enable the company to re-focus on its footwear platforms. For its part, Lids hopefully found a new major partner, Fanzz-owner Ames Watson Capital, and minor partner, Fanatics, to help further stabilize the struggling business.

Genesco, which had put the Lids business up for sale in February, agreed to sell the business for $100 million, payable in cash, to Ames Watson Capital LLC, a Bethesda, MD-based private-equity firm that in February 2018 acquired the Fanzz fan apparel chain. The Lids’ transaction, subject to customary closing conditions, is expected to be completed by January.

Officials at Ames Watson Capital and Lids couldn’t be reached to discuss their plans for the business, including whether store closures are planned; if Lids’ management team, led by industry veteran David Baxter since June 2016, will be staying on; and the fate of Lid’s corporate office.

Genesco, which is based in Nashville, told analysts it will be retaining ownership of Lids’ headquarters in Zionsville, IN.

But the investment boutique will have some help as Fanatics Inc. will be making a minority investment in FanzzLids Holding, a holding company controlled by Ames Watson Capital and set up to support the Lids acquisition. Fanatics, the world’s largest distributor of licensed sports merchandise, is expected to help manage online operations and could even help with quick-turnaround opportunities with its advanced vertical manufacturing model.

Sources told Sports Business Daily that Fanatics invested about 10 percent of the $100 million and is solely interested in operating e-commerce for Lids.

At least one analyst, Jonathan Komp of Baird Equity Research felt the move would improve the competitive positioning of Lids. Komp noted that through its ownership of Fanzz, Ames Weston Capital has some experience in the fan apparel space and he presumed the partnership with Fanatics will enable Lids to access not only Fanatics’ online expertise but advanced vertical-manufacturing capabilities.

Wrote Komp in a note, “When combined, we view the new entity (combining a national retail footprint with vertical capabilities) as superiorly positioned to the standalone Lids business.”

For Genesco, the divestiture removes the distraction management continually faced attempting to shore up Lids’ operation. In mid-February, Genesco initiated a formal process to explore the sale of its Lids Sports Group business on the belief that it would fare better focusing solely on its footwear platforms, including Journeys, Johnston & Murphy and the U.K.-based Schuh chain. Genesco also owns Little Burgundy in Canada and has a small wholesale operation that makes footwear under the Trask and Dockers names.

“We are pleased to have reached an agreement to sell the Lids Sports Group to a buyer with experience in the licensed sports industry. Under new ownership, the very talented team at Lids will continue to have the opportunity to realize the potential in this business,” said Genesco’s chairman, president and CEO Robert J. Dennis in a statement. “We look forward to closing the transaction and devoting the full attention of Genesco’s management team to the opportunities we see in a footwear-focused company.”

Genesco expects that cash proceeds net of taxes and transaction-related costs, including a tax benefit estimated at approximately $29 million, will be used to repurchase shares of the company’s common stock. In the same statement, Genesco noted that its board has increased the company’s existing authorization to repurchase common stock to $125 million.

The one surprise was the purchase price of $100 million, which is subject to adjustment for a normalized level of working capital. Analysts had assumed Genesco was looking for at least $200 million for the business. The price is even below the $178 million Genesco paid for Lids when it acquired the business in 2014 when Lids had only 481 stores.

But Lids’ results have been choppy over the years in part due to risks around fashion shifts and with its performance tied to having a favorable mix of winning teams in key sports. In recent years, Lids’ performance was been under particular pressure due to overall weakness in mall traffic, soft NFL licensed product demand and a lack of a dominant fashion trend i headwear.

Particularly hurting Lids has been the shift around the middle part of the current decade away from fitted caps, a former specialty of Lids and one that often requires consumers to try the caps on. The current trend of one-size-fits-all, adjustable caps makes buying online easier and also enabled offline competitors to become more prominent in the space. Trends such as snapback hats, trucker hats, visors and dad hats wound up being short-lived.

Lids also in recent years faced a sharp decline in the NFL business that some linked to the Colin Kaepernick controversy and concussion concerns although viewership has picked up this year.

Lids also faced a formidable competitor in Fanatics, its likely new partner with estimated annual sales of $2 billion versus Lids’ revenues last year of $779.5 million. Fanatics in recent years has made significant investments building out vertical-manufacturing to support quick-turnaround of hot-market products and better manage the sector’s inherent inventory risks. Majestic Athletic was recently acquired by Fanatics to support the vertical initiative.

A strong valuation was also likely hurt due to a lack of potential buyers given the intricacies involved in managing the risks in the fan apparel sector.

Despite many other e-tailers opening physical stores, Fanatics has long had a minimal brick & mortar presence and reportedly felt an outright acquisition of its largest competitor wasn’t line with its business model. Fanatics runs the NBA Store in New York City and earlier this year announce plans to open 650 in–store fan shops inside JC Penney.

Sports Business Daily noted that New Era and ‘47 Brand, the largest manufacturers of licensed caps, were also rumored to be interested in acquiring or investing in Lids.

While the process took longer than anticipated and the price lower than  expected, finding a buyer is expected to positive for Genesco. Shares of Genesco have risen 25 percent since Genesco first announced its intent to sell the business with no corresponding material change in Genesco’s earnings guidance. On Friday, shares closed at $42.93, up 82 cents, or 2.0 percent, in trading on the New York Stock Exchange.

Steven L. Marotta, who covers Genesco for CL King & Associates, wrote in a note, “Given the trajectory of the business and the mounting competitive pressures, putting Lids in Genesco’s rear-view mirror is most assuredly a net positive.”

At Jefferies, Janine Stichter in a note on Genesco, wrote, “We think this should remove a key overhang for the stock, as the Lids division has been underperforming for some time now and lacks significant synergies with the core footwear businesses, while the lengthy duration of the sale process has also added to the uncertainty around its outcome.”

Operationally, the sale of Lids should allow Genesco to focus on its core competencies in footwear and dedicate more resources to its footwear properties, including allowing current CFO Mimi Vaughn to ultimately transition to a new COO role as a dedicated CFO is added, according to Stichter.

On the valuation, the $100 million purchase price is about half of what Jefferies estimated was management’s expectations coming into the process. On its Q418 conference call revealing the planned sale, Dennis, Genesco’s CEO, had commented that they ” see great fundamental value in Lids and won’t go forward with a sale unless that value can be realized in a transaction,” implying management was committed to finding a valuation in line what it perceived to be the chain’s potential rather than its recent negative trend.

Still, Stichter said the purchase price was in line with Jefferies’ expectations. Her team had assumed there was a 60 percent chance the deal would get done at around the $100 million level. She noted that Jefferies’ recent SOTP (sum of the parts) analysis estimated the Lids business was conservatively worth $60 million based on its recent performance.

Stichter added, “Even though the valuation itself may be viewed as underwhelming, we view the sale positively as the decision to sell below initial expectations shows a willingness to change on the part of management.”

Baird’s Komp estimated that with the sales price of $100 million, the price/sales valuation comes to 0.14X and EV/EBITDA to 3.25X based on a trailing twelve-month basis. The proceeds, estimated at $5.00, further “look quite low relative to cumulative historical sunk investments, yet nonetheless we think represent a reasonable move given the current landscape.”

Indeed, Komp believes the divestiture offers “meaningful strategic merit” for Genesco not only because management can fully focus on footwear but because of reduced exposure to malls and lower capital expenditures.

Given that Lids is expected to produce limited operating earnings, Baird estimates the transaction and buyback could be as much as 12 percent accretive to annualized EPS at current levels and potentially more over time if Genesco is able to reduce unallocated corporate services in the years ahead, Komp wrote.

Komp added, “We plan to update our model upon closing, but view the transaction as nicely accretive to EPS given minimal lost profit, $125 million of share repurchases, and potential corporate synergies post-sale.”

Sam Poser, at Susquehanna International, wrote in a note, “We believe the sale of Lids removes a significant overhang from GCO’s overall business. Lids’ business model is in a structural decline, in our view. Lids’ EBIT margin has continued to deteriorate, falling over ~1,100 bps since FY13 as declining mall traffic, competitive pressures from Fanatics, and more recently, a lack of a headwear trend have been significant headwinds. Lids is expected to generate zero operating income in FY19 and has become a significant drag on GCO’s overall profitability. We believe the sale of Lids will allow management to focus on the more successful J&M and Journeys businesses, while also allocating more time and resources to help improve the struggling Schuh business.”

The sale comes as Lids’ business has shown some signs of stabilizing this year. While still negative, Lids’ comps in the third quarter once again showed sequential improvement as the business continues its recovery from the double-digit decline it posted in last year’s fourth quarter.

Dennis. who was running the Lids business prior to its sale to Genesco in 2004, said headwear remains between trends and predicted that Lids would see a strong rebound, like its Journeys chain, once a new fashion driver emerges. He again talked up the potential for growth at the chain.

Said Dennis, “Our long history with Lids hat store shows over more than a decade and a half store 4-wall profit in the teens during the fashion troughs and in the 20s at the peaks, which demonstrates great ability to cycle through trends successfully. History points to a rebound when headwear again becomes a fashion driver and it is a matter of time until that happens.”