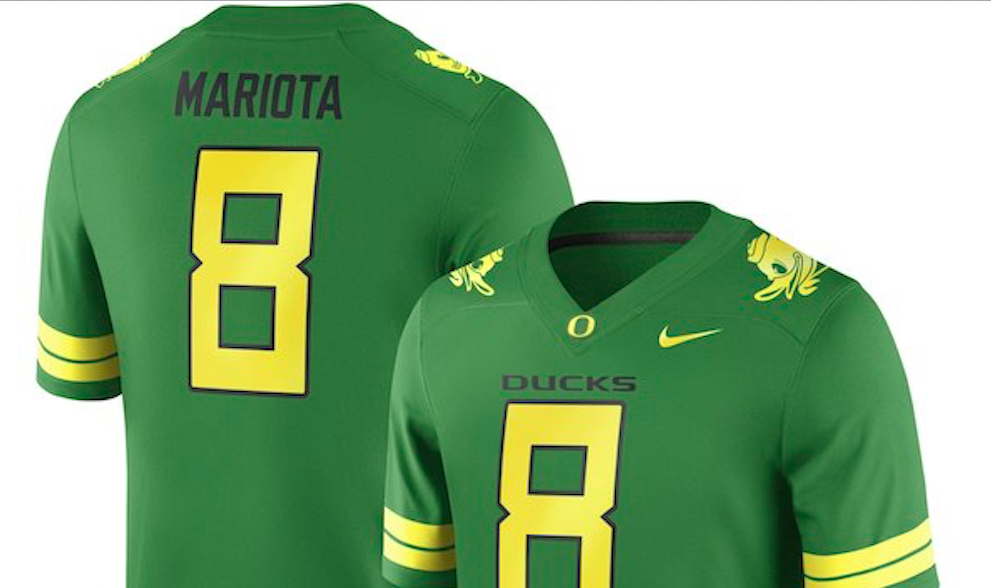 Marking its first licensing agreement with a university, Fanatics inked a 10-year deal with the University of Oregon to license, manufacture and sell its sports gear beginning on January 1, 2020.

Sports Direct reported earnings dropped 27 percent in the first half ended October 28 due to the August buy-out of House of Fraser. Earnings improved slightly excluding charges and losses at its segment including Bob’s and EMS was reduced.

Mizuno is furthering its commitment to the U.S. swimming market and has signed American freestyler, Blake Pieroni, in his first professional contract.

Cherokee Global Brands on Thursday narrowed its guidance for the fiscal year 2019 after reporting third-quarter revenues declined 25 percent as the company continues to transition from its DTR licenses to new wholesale licensing partners in the United States.

Darn Tough Vermont, manufacturer of outdoor and lifestyle socks, has donated 100 percent of its profits from online sales on Giving Tuesday to the Vermont Foodbank.

Fanatics Inc. and Jakprints Inc. announced a new five-year partnership deal that will allow Jakprints to support the domestic production needs of Fanatics.

Grassroots Connect, the twice-annual buying show of the Grassroots Outdoor Alliance, will shift their spring 2019 event dates one day earlier to support the outdoor industry calendar.

The International Olympic Committee is adapting its management structure. After 26 years as director of NOC Relations and of Olympic Solidarity, Pere Miró will focus exclusively on his role as deputy director general for relations with the Olympic Movement.

Three finalists have been chosen to present at the fourth Tennis Industry Innovation Challenge, which will be held on Thursday, Jan. 24, during the Racquet & Paddle Sports Conference in Orlando, FL.

Vail Resorts Inc. on Thursday announced that CEO Rob Katz and his wife, Elana Amsterdam, have contributed more than $2 million to support emotional wellness programs in nearly every mountain resort community in which Vail Resorts operates.

The Boy Scouts of America is considering filing for bankruptcy as it faces eroding membership and a ramp up in legal costs over how it handled allegations of sex abuse, according to a report in the Wall Street Journal.

A bankruptcy judge has approved the store closing sales at all 102 Performance Bicycle locations, according to Bicycle Retailer. An auction to acquire the assets of Advanced Sports Enterprises, the parent of Performance Bicycle, was moved to mid-January from December 18.

Columbia Sportswear Co. announced the appointment of Peter Ruppe as vice president of footwear for the Columbia brand.

Bauerfeind, a maker of orthopedic braces and other devices to support the joints and the back, and the National Basketball Association announced a new multiyear partnership.

More than 2,400 athletic administrators, spouses, guests and exhibitors will be attending the 49th annual National Athletic Directors Conference (NADC) Friday through Tuesday (December 14-18) at the Henry B. González Convention Center in San Antonio

Farfetch Limited, a leading technology platform for the luxury fashion industry based in London, announced its definitive agreement to acquire Stadium Goods, the sneaker and streetwear marketplace, for an enterprise value of $250 million.

According to a report from Bloomberg, Dick’s Sporting Goods is among the companies that might be interested in buying some stores from Sears Corp. following that company’s bankruptcy.

Luxury Asset Capital, a provider of alternative financing, announced the formation of its Sports & Entertainment Group and that NBA legend Derek Fisher and leading media, entertainment and sports attorney Samuel “Sandy” Fox have joined the group.

The Overwatch League, the first global professional esports league with city-based teams, revealed the 2019 season schedule, which includes a weekend of eight matches hosted in North Texas by the Dallas Fuel franchise on April 27–28, 2019.

Footaction has announced #No1Way to COZY, the second installment in the brand’s #No1Way campaign.

Seattle-based Therm-a-Rest, the industry leader in premium outdoor camp comfort, on Wednesday announced the retirement of its senior product developer, Jim Marson, at the end of the year.

Go RVing, the industry-leading vehicle-supported adventure platform, announces it will partner with Verde Brand Communications to support a range of public relations and digital marketing programs.

The 2019 Colorado Classic will become the only women’s stand-alone stage race in the Western Hemisphere on the Union Cycliste Internationale (UCI) calendar and USA Cycling’s Pro Road Tour.

Stio, the mountain lifestyle brand based in Jackson Hole, WY, announced the opening of its next Mountain Studio retail store in Park City, UT.

Osprey announced the hiring of Brian Mecham as senior director of sales. Most recently, Mecham served as VP of sales for Spyder Active Sports.

The Buckle’s board authorized a $1.00 per share special cash dividend. The company also announced that Brady M. Fritz has been appointed to the position of general counsel and corporate secretary.

REI said that it will continue to expand its rental program with new products and additional locations throughout 2019.

The Outdoor Industry Association sent out an email on Tuesday as a response to the mixed reviews over last month’s slow Outdoor Retailer Winter Market.

VF Corp. on Tuesday announced that Stefano Saccone has been appointed to the position of vice president, general manager of Vans, EMEA.

Imports at the nation’s major retail container ports have set another new record, reaching 2 million containers in a single month for the first time as retailers continued to bring merchandise into the country ahead of a now-postponed increase in tariffs on goods from China, according to the monthly Global Port Tracker report.

Ryan Kuehl, Under Armour’s SVP of global sports marketing, and Walker Jones, the brand’s senior director of sports marketing, both left the company last week following an internal review of their department’s spending, according to the Wall Street Journal. The exits come after reports of a past practice of letting employees expense strip club visits.

On January 1, 2019, Life Time is opening its doors to the community to help people overcome those hurdles and achieve their 2019 goals with Commitment Day at all 141 destinations in the United States and Canada.

Blink Fitness has partnered with Precor in a deal that will allow both companies to continue redefining the fitness industry.

Minor League Baseball (MiLB) and Allegiant on Monday announced the launch of a groundbreaking credit card partnership, the first-of-its-kind between a sports property and airline.

STATS, the worldwide leader in sports data and intelligence, announced the hire of Derk Osenberg as director of sales.

Under the auspices of UN Climate Change and in alignment with the Paris Agreement, Schoeller, along with other leaders of the global fashion sector, has agreed to collectively address the climate impact of the fashion industry across its entire value chain by signing the UN Charter for Climate Action.

Jimmy Terry, who has served more than five years as general manager of PGA Golf Club and steered its resurgence by leading the facility’s highly acclaimed golf course and clubhouse renovations, has been promoted to senior director of PGA Golf Properties.

Bird Rides and Lime, two of the leaders in the shared electric scooters space, have reduced their fundraising ambitions due to investor concerns over durability, vandalism, regulatory hurdles and heightened competition, according to a report in the Wall Street Journal.

Brunswick Corp. announced that Lauren Patricia Flaherty has been elected to serve as a member of its board of directors.