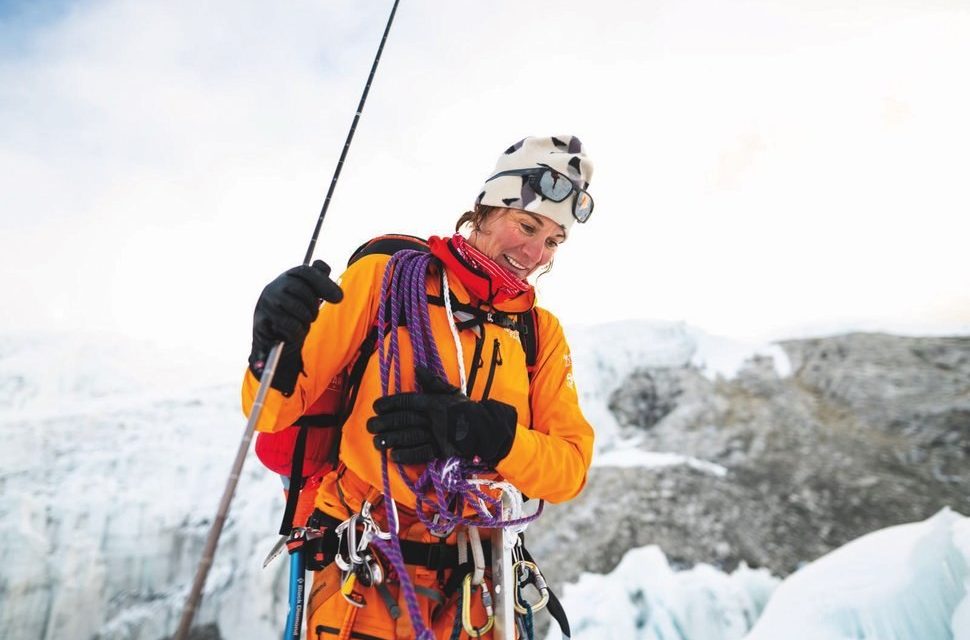 VF. Corp. underperformed in the fiscal second quarter, missing EPS and revenue estimates due to headwinds ranging from unfavorable currency exchange to geopolitical unrest in Hong Kong to the ongoing trade war between the U.S. and China.

But one of the bright spots for Denver, CO-based VF amid the mixed quarter—which some analysts saw as a disappointment following last month’s upbeat Investor Day—was The North Face, specifically the brand’s new, potentially game-changing innovation. (Vans also delivered; more on that brand below.)

The Q2 performance was driven by strong back-to-school results and growth in all regions and channels, said VF’s chairman, president and CEO, Steve Rendle.

But it’s the brand’s recently unveiled Futurelight—a fabric technology The North Face introduced October 1—that has the company especially bullish for the second half of the fiscal year and beyond.

The fabric technology launched just a few weeks ago with jackets, pants and bibs in its Summit Series, Steep Series and Flight Series collections at the brand’s pinnacle mountain accounts as well as online.

“Nearly four weeks in, demand and sell-through have been stronger than expected,” he said on Friday morning’s earnings call with analysts. “While the financial impact of Futurelight, which is in fiscal 2020, will be somewhat limited, the disruptive innovation is casting a strong halo for the brand. We’re looking forward to the second half of the year when the investments in Futurelight, specifically demand creation, come to life and consumers have the opportunity to experience a broader product assortment across the portfolio.”

Extensions into more-accessible price points are planned for the coming seasons ahead as well as to other categories. Even with limited product availability, the breathable, waterproof protection of Futurelight has created plenty of buzz for The North Face and its parent company, which has raised expectations for the brand based on the early reception, according to CFO Scott Roe.

“The successful Futurelight launch at the beginning of this month has generated strong brand heat globally, which further supports our bullish outlook for the brand, heading back into the back half of the year and fiscal 2021,” Roe said on the earnings call.

Specifically, VF raised its outlook for The North Face’s revenue to 9 percent to 10 percent for the full year, slightly ahead of the long-range growth target for the brand. Rendle said that it’s based on a robust response to Futurelight especially in the core markets of North America and Europe “where these more premium mountaineering ski silhouettes come to light.”

Look for that “brand heat” to pick up in the fiscal third and fourth quarters, Rendle said, the periods where delivery phasing is strongest.

“We continue to be very, very confident in the long-term growth prospects of North Face,” Rendle said. “We are early in our journey. A lot of work has been done and there’s a lot more work to be done to put this brand in a really solid position, but we couldn’t be more confident to where we are today with the results we’ve seen today.

Analysts were quick to point out the parent company’s shortcomings in the quarter, but they also recognized Futurelight’s quick start and the upside it should bring to the brand.

Sam Poser of Susquehanna Financial Group LLLP wrote in a note to investors: “While Futurelight will be limited to a few select styles within the Steep Series, Flight Series, and Summit Series, there is likely a significant growth opportunity for the brand as the new technology is expanded to the broader assortment over the upcoming years. Futurelight provides a long runway for growth for the brand, providing an opportunity to bring compelling new product into the marketplace, which we think will drive continued growth.”

Here are some other highlights from VF’s fiscal Q2:

VF keeps raising the expectations for its flagship brand Vans. In 2017, VF set a goal for Vans to achieve sales of $3.3 billion by 2021, a target the brand beat by two years. At last year’s shareholders’ meeting, VF lifted the bar to $5 billion by fiscal 2023, a mark the company now expects to reach by 2022. And at this year’s Investor Day, VF set a goal of double-digit CAGR to hit $6 billion in annual revenue by 2024.

And the brand continues to deliver. Vans posted 16 percent growth in the second quarter, driven by a strong back-to-school season, Roe said. “Growth remains well balanced across channels, geographic regions and product categories,” he said. “Based on Vans’ 19 percent growth in the first half as well as our increased visibility into the full year, we are again increasing our outlook to a range of 13 percent to 14 percent, slightly above the brand’s long-term commitment.”

VF didn’t break out results from its trio of so-called emerging brands—Smartwool, Icebreaker and Napapijri—but Rendle reaffirmed what he told analysts and investors last month in Beaver Creek, CO. The company fully expects the three brands, which now combine for about $600 million in annual sales, to each achieve double-digit growth over the next five years and reach the $1 billion mark collectively.

“We committed to those brands growing low double digits, and the performance that we’ve seen to date is in line with those commitments,” Rendle said. “Our plan is not to share those brands on a quarter-by-quarter basis, but periodically give you an update and insight into how we are doing. But I’d tell you, we remain very confident and we believe that sitting inside those emerging brands is a breakout opportunity, and hence, our excitement to share those with you when we’re together at Beaver Creek.”

Lastly, the company’s relocation to Denver is “essentially complete,” Rendle said. “Collectively, we now have approximately 800 associates who are living and working in the Denver metro area. And in summer 2020, we’re excited to have our Icebreaker North American business and our Smartwool business from Steamboat Springs join the rest of us here in Denver. The nearly five months since the move began and the progress and collaboration I’ve seen today across our brands and corporate leadership team has been amazing.”

Employees are working at temporary offices around the metro area while VF continues to renovate its new home at 1551 Wewatta Street in Denver’s Lower Downtown (LoDo) district, which it plans to occupy by next spring. VF announced last year it had signed a 12-year lease for the entire 10-story, 285,000-square-foot building.

In addition to VF corporate, the LoDo building will house The North Face, Smartwool, JanSport, Eagle Creek, Altra and Icebreaker (whose global headquarters is in New Zealand). As for other outdoor and active brands, Timberland will remain in Stratham, NH and Vans will remain in Costa Mesa, CA.

Brine Prevails in Suit Against STX